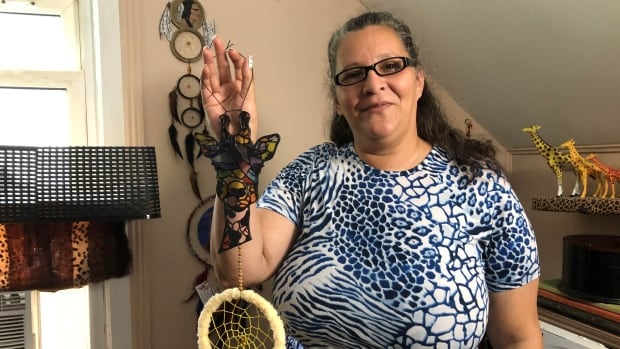 Paul said there are plenty of inspiring Indigenous superheroes for young people to look up to.

“I wanted to take all these different Native American superheroes and say where they appeared and make 3D action models of them, design them from scratch.”

She is currently taking online classes to learn how to create 3D models on a digital sculpting program. The goal is to start manufacturing the superhero figures by the end of June.

This is not Paul’s first venture into the art world. She is an experienced local artist known for making unique dreamcatchers. They are made by mixing traditional weaving techniques with 3D printing. She was also a photographer, graphic designer and bead designer.

She decided to stop making dreamcatchers after a bicycle injury to her arm made it difficult to continue weaving. But she hopes to continue this new chapter of her artistic career.

“Actually, I’m looking forward to it…maybe making some Apache Kid fans and Dawnstar and Moonstar and all that.”