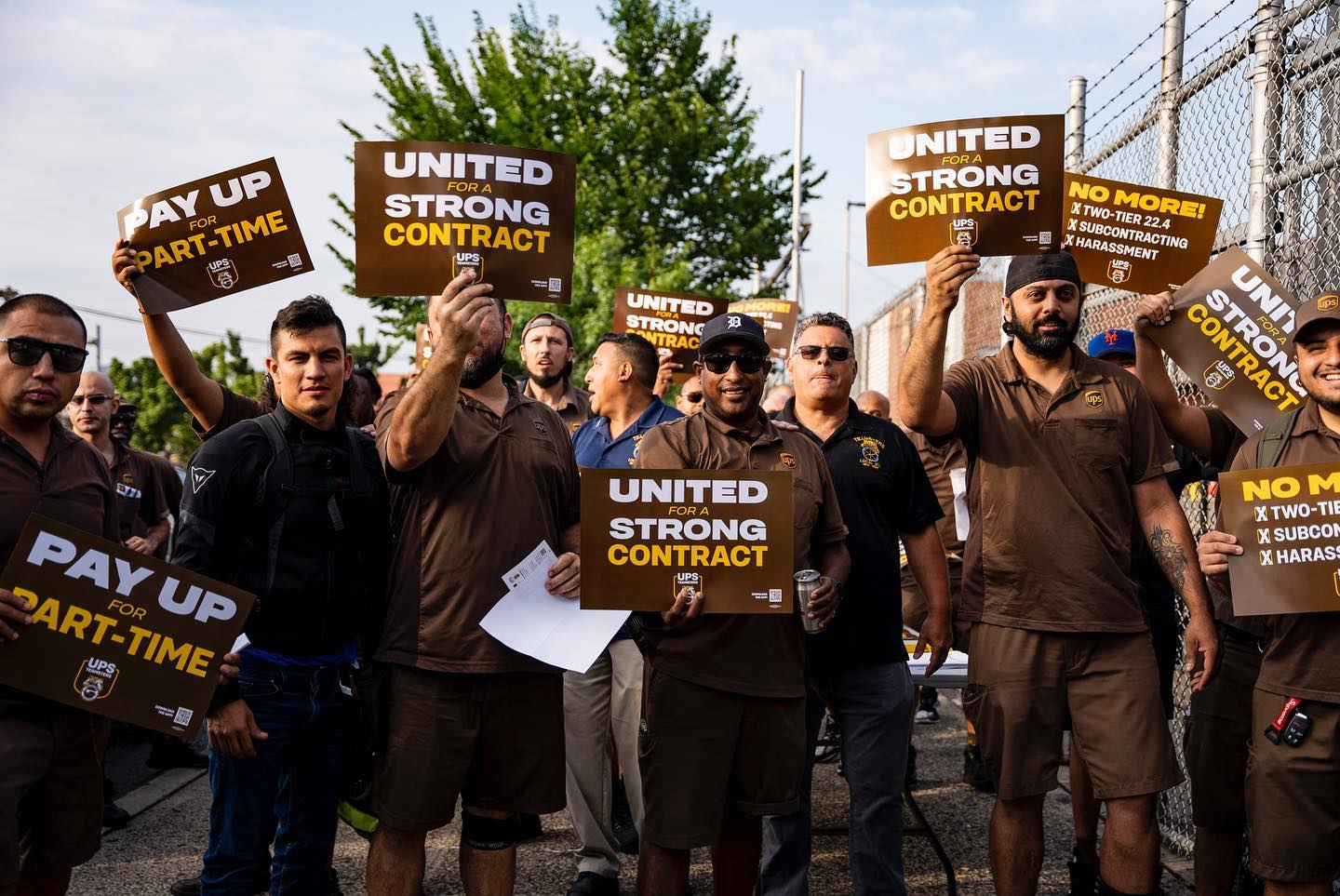 Last week, 25 years after the last UPS workers’ strike in 1997, the UPS Teamsters kicked off their contract negotiation campaign with rallies across the country. Their current contract expires in July 2023 and negotiations for a new contract have begun. In New York alone, rallies and actions took place at 14 UPS facilities.

Workers demand an end to excessive overtime, an end to the two-tier system, higher wages for part-time warehouse workers, more full-time jobs, job security for feeders and package drivers, an end to surveillance and harassment of bosses, and a heat exhaustion and injury prevention plan to combat the extreme weather conditions we have experienced.

For UPS Teamsters, this contract fight is an opportunity to look back on the defeats of the current contract, including the two-tier system, which was undemocratically imposed by Hoffa management on members, the majority of whom had voted against the contract. ‘agreement in principle. Since then, the two-tier system has created two classes of drivers, with a new “second class” of drivers who do the same job as long-term drivers but are paid up to ten dollars less per hour. But the imposition of a two-tier system is not unique to UPS – such a strategy has been imposed by the bosses of all industries in order to undermine the historic conquests of the working class, and they have hired new workers into new categories that reduced salaries, benefits and entitlements.

For UPS, this contract battle will be one where they not only want to keep conditions as they are, but also want to deepen the exploitation of workers. For bosses, Amazon’s growth mostly marks a new threat, with Amazon on track to overtake UPS in volume within the industry. Yet UPS is still a highly profitable business, having made $6.8 billion in profits in the first two quarters of this year alone.

If a new contract fails to meet workers’ demands, more than 350,000 full-time and part-time UPS workers are expected to strike in what could be one of the largest strikes ever. decades in the United States. displaces more than three percent of global GDP and six percent of US GDP, a strike by UPS workers would be felt everywhere.

At the rally in Maspeth, Queens, workers demanded justice for Esteban Chavez Jr., a 24-year-old UPS driver, who died on the job June 25 after collapsing in the sweltering heat. At a rally in Brooklyn last week, nearly 100 UPS workers came together to demand a solution to the high temperatures inside UPS trucks.

Kioma Forero, driver and shop steward at the Metro Queens plant in Maspeth, stressed the importance of including warehouse workers in this fight. Warehouse workers form the majority of the union, but have historically been the most neglected. They work part-time in grueling conditions and at minimum wage to prepare the packages each morning which are then delivered by the drivers. During the rally, Forero pointed out that lockers for warehouse workers were outside the building, on the sidewalk. Warehouse workers also suffer from extreme heat exhaustion in the building due to high temperatures and lack of air conditioning and fans, and their body temperatures are constantly elevated due to the fast pace of work and lack of ventilation. easy access to cold water, electrolyte drinks . Their work is essential in UPS operations, but these workers are treated as second-class workers.

There is a new air in the labor movement. Workers at companies like Amazon, Starbucks, Apple and Trader Joes, among others, are waging an uphill struggle to organize their workplaces. Our working conditions and wages have been eroded by economic crises, the pandemic, high inflation and the thirst to maximize corporate profits. The struggle at UPS has the potential to become a point of reference for the working class, especially among this dynamic new sector emerging within organized labor. This sector of workers, many of whom are already expressing their solidarity by participating in one another’s rallies and actions, must be prepared to join in more combative actions like strikes and picket lines as well.

For this to happen, it is essential to increase UPS rank-and-file worker involvement and for workers to develop democratic organizations on the shop floor where they can discuss next steps during the year-long bargaining. and prepare to be ready for the strike. . At the same time, it will also be important to extend our solidarity through this process – the closer the contract expiry date approaches, the more this struggle will intensify and workers will have to face a powerful company that is more than willing to pass the profits of lives.

Luigi is a freelance photographer, socialist journalist and videographer. He is an immigrant rights activist.