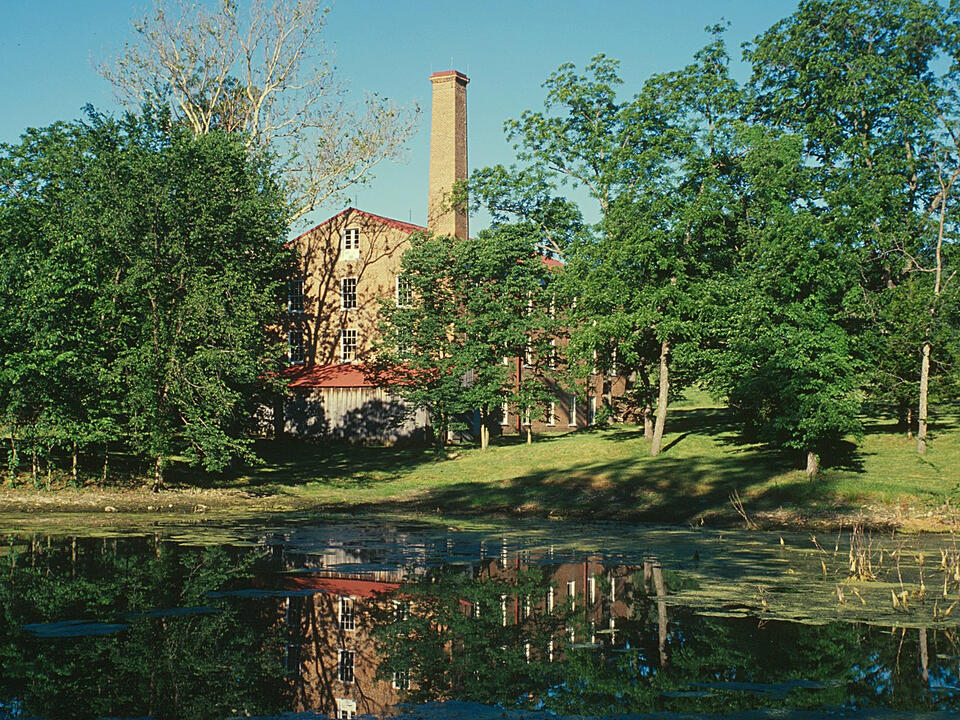 The Watkins Mill dates back to the mid-1800s. It is located in Lawson, Missouri, and is a well-preserved woolen mill. Because it is protected as the Watkins Woolen Mill State Historic Site, the building, its machinery, and its business records are preserved.

Of the 2,400 woolen mills operating in the United States in the 19th century, the Watkins mill was the only one left with the original machinery intact and in place. It is now one of the major tourist sites in Clay County, MO. (Source.)

In 1966, the mill was added to the National Register of Historic Places and designated as a Missouri National Historic Landmark. This piece of history is at the center of Watkins Mill State Park. The Missouri Department of Natural Resources manages the site.

On January 1, 1964, Watkins Mill officially became property of the Missouri State Park Board. Since then, the Watkins Mill Association has served as the Friends Group for the historic site and has worked closely with the state to preserve Watkins Mill. (Source.)

In 1839, Bethany Plantation was established by Waltus L. Watkins (born October 30, 1806, died January 24, 1884). It was an 80-acre cattle farm. Around 1859-1860, Watkins Mill was built and living quarters were also built by Watkins for the mill workers. It helped frame a community. The mill operated until 1886, producing yarn from spun and woven wool into cloth, blankets and shawls. Watkins died in 1884, and from 1886 through the early 1900s production declined.

Watkins was born near Versailles in Woodford County, Kentucky. Later he became interested in steam engines and applied his knowledge to large equipment in several eastern factories. (Source.)

Almost all of the mill machinery has been preserved. This includes a 65 horsepower steam engine which was used to power the plant. Watkins House dates from 1850 and is included on the site. It is a 12-room, two-and-a-half-storey house that belonged to the Watkins family until 1945.

The Franklin School pictured above was an octagonal schoolhouse built in 1856. This schoolhouse was used by the Watkins family and those they employed in the 1870s when it was a living quarters for laborers in factory.

Mt. Vernon Baptist Church built in 1871 was built on land that was donated by the Watkins family. The family also donated half of the costs associated with building the church.

Watkins’ nine children helped run the family businesses. The boys helped their father with farm and mill operations, and Mary Ann and her four daughters oversaw the dairy, looked after the flocks of poultry and dried fruit for sale. They also maintained a large family garden, raised bees and sold the honey, butchered up to 100 pigs each year and smoked the meat to sell. (Source.)

A state park was created with 1,442 acres by the State of Missouri after taking possession of the property. In 1980, it was named a National Mechanical Engineering Historic Landmark.

There are 96 campsites in the state park. There is also a 100 acre lake on the property which is good for fishing. There is a swimming beach and a paved cycle path that goes around the lake.

Much of what was the Watkins’ family farm and where they first settled is part of the state park and historic site.

The story is who we are and why we are the way we are. David McCullough (Source.)

Photographer Alshaibi is the next Hixson-Lied Visiting Artist | Nebraska today