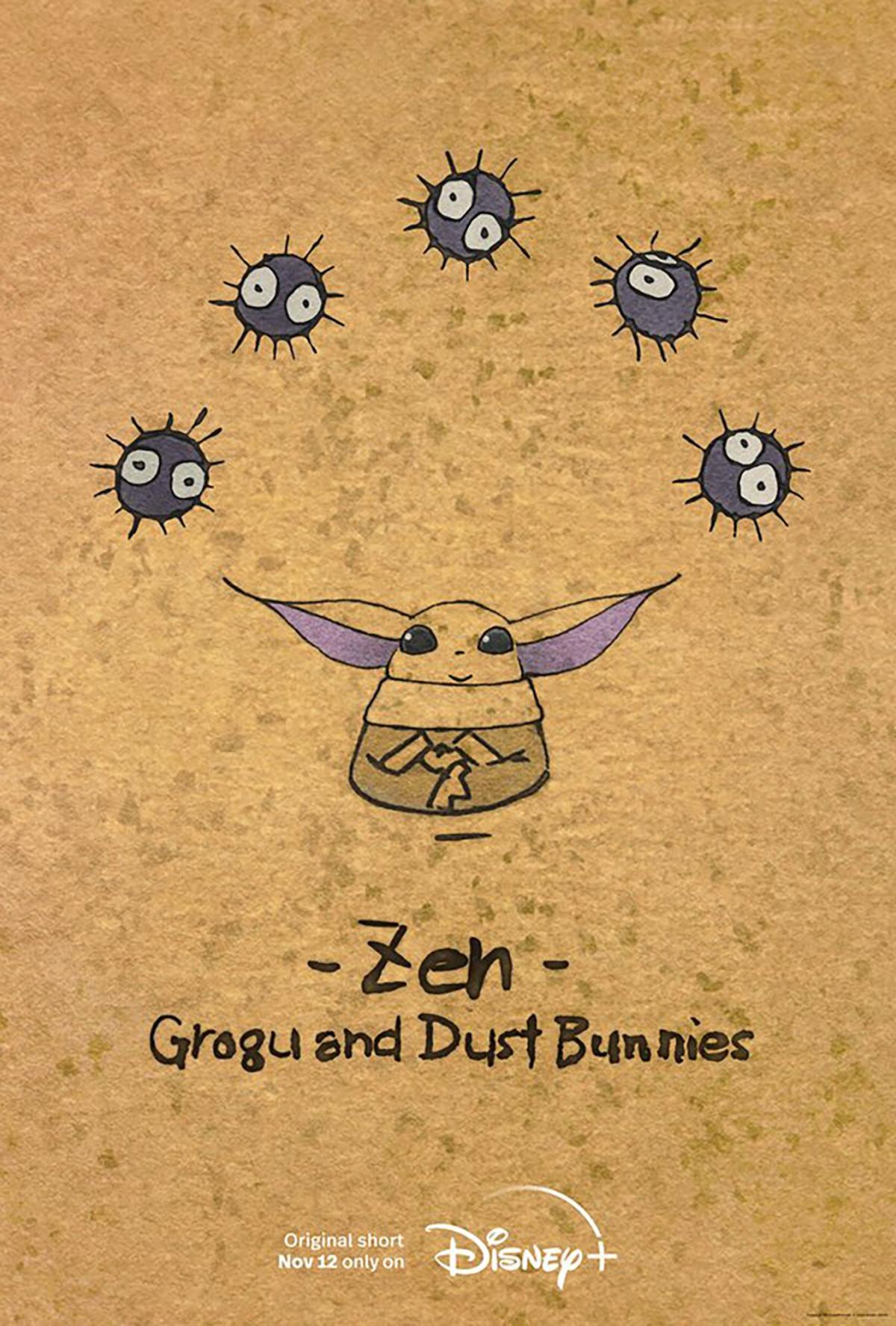 This dream crossing melts our hearts and our minds.

Saturday, Studio Ghibli and lucasfilm dropped a surprise collaboration on Disney+ to celebrate both the streaming platform and its success star wars series The Mandalorianthe third anniversary of. And yes, he’s just as adorable as you’d expect.

The hand-drawn short film, titled Zen – Grogu and the Dust Bunnies, was directed by Ghibli’s Katsuya Kondō and features Grogu (aka Baby Yoda) doing his best to practice the Force before being thwarted by a curious group of soot sprites. (Ghibli fans will recognize the magical, candy-loving creatures from 1988’s My Neighbor Totoro and 2001 Taken away as if by magic.)

Grogu tries to run away from the exuberant dust bunnies – which seriously ruin his study session – but is eventually chased by the sprites, who pile on top of each other to present him with…a huge flower (I told you that it is). was adorable). The move not only wins Grogu’s heart, but will likely win the hearts of everyone watching as well. His new friends then float happily around him as Baby Yoda shows off his Force skills.

Ahead of the lovely clip’s release, Studio Ghibli hinted that a collaboration between the animation companies was underway, tweet a short video Thursday with their and Lucasfilm logos playing back to back.

This isn’t the first time Lucasfilm has teamed up with a Japanese animation studio for a new series of stories from a galaxy far, far away. Previously, they had used seven different companies to create a collection of shorts, Star Wars: VisionsLast year.

Zen – Grogu and the Dust Bunnies is streaming now on Disney+.

For interviews with the actors of Andor, Ahsoka, The Mandalorian, and Obi-Wan Kenobi, be sure to check EW is new star wars podcast, Dagobah Expedition.

Photographer David Anderson is the featured artist for Thrasher | New