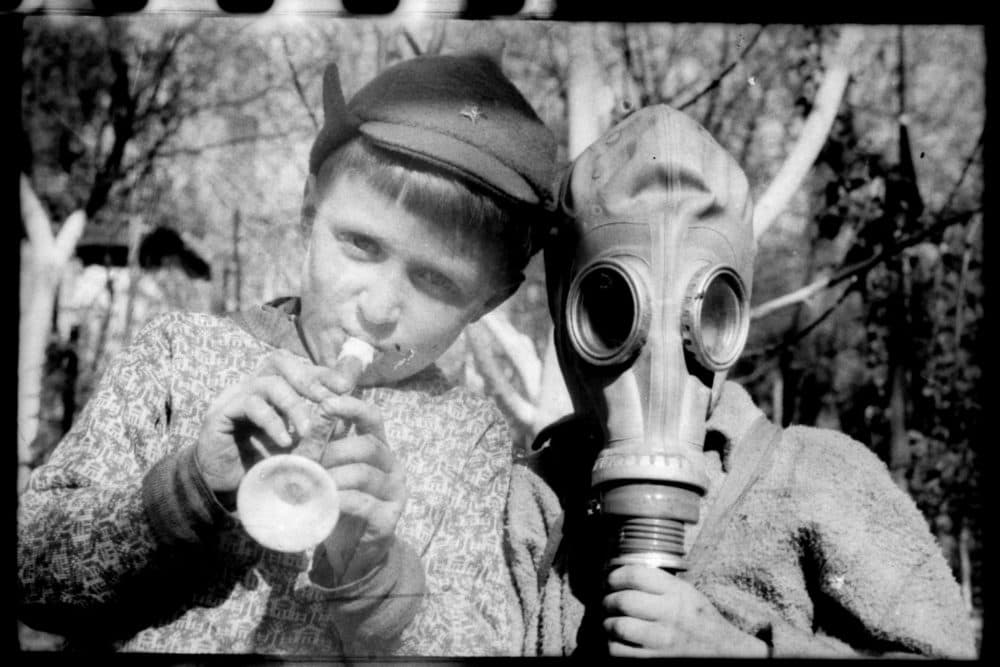 Ukraine is in the headlines day after day as the Russian invasion enters its third month.

But 36 years ago, the world saw another disaster unfold north of kyiv: the Chernobyl reactor meltdown.

At least 31 people died immediately after the nuclear accident, and many more became seriously ill after a plume of radiation spread through parts of the Soviet Union and Western Europe.

The day after the disaster, the Soviet authorities evacuated the area. None of the residents returned. The area became a 1,000 square mile exclusion zone – where Ukrainian photographer and artist Maxim Dondyuk ventured years later.

In 2014, Dondyuk was photographing the Russian-backed separatist insurgency in eastern Ukraine.

“I just decided that I had to go to a quiet place, a place with no people,” he says.

So he went to Chernobyl, where he found abandoned houses still full of memories of everyday life. Wandering through the ruins, he discovered intact film negatives, pictures and letters which he began to collect.

“To me it looks like the Chernobyl region just [chose] me, or just open [for] me this portal for [collecting] pictures,” he says.

Traveling through the villages of the exclusion zone, Dondyuk got a glimpse of what he calls “the apocalypse”.

During this first visit, he found only a few letters and photos. Since then he has found some 15,000 paper artifacts.

Last year, he and his wife lived in Chernobyl for three months. He would wake up at 6 a.m., head for a particular village, and walk through every house. As he travels, he has created what he calls a “map” of the region.

Each village had one or two photographers who captured life in the village, he said. These works of art allow him to look back on life before the nuclear accident.

Radiation and time, however, have destroyed some images to abstraction.

“You can see the weather inside this image,” he says.

Dondyuk hopes his work preserves family artifacts for future generations – and sometimes wonders why no institute or museum has stepped in to collect the memories.

“I think I have to keep it safe for our children,” he says. “Imagine children can’t see what it’s like [their] grandmother or grandfather, because the government of the Soviet Union said: “You can only take a passport”. … They couldn’t take pictures or film.

One day, he says, he hopes to put the items in an online archive so families can find letters and pictures.

“It’s important to remember how our mistake destroyed the region,” he said.