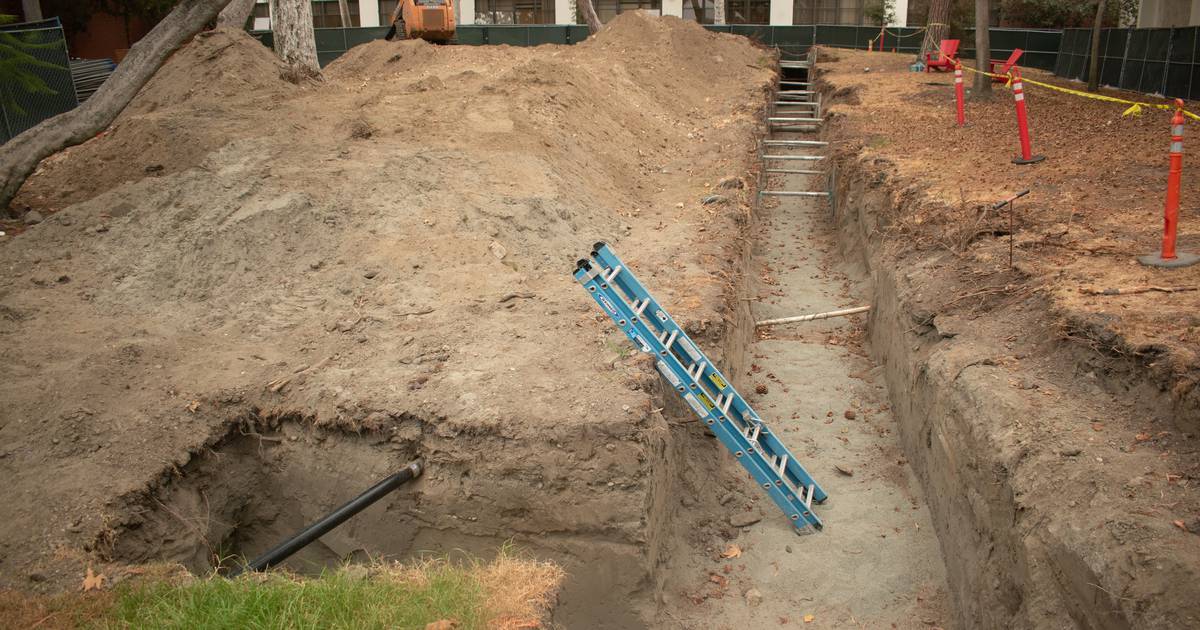 A 180 meter trench is being excavated to install chilled water pipes on campus, distracting and disrupting students at the Thornton School of Music.

The trench, just under the size of two football fields, stretches from behind Taper Hall to United University Church. The purpose of the trench is to aid in the renovation of heating and cooling infrastructure as the church is transformed into a drama school building.

“There’s no peace in Thornton anymore,” said Tali Duckworth, a sophomore majoring in trumpet performance, of how construction has affected the area.

Duckworth’s frustration is shared by many Thornton students, who have had to deal with both the noise and the sudden loss of practice and study space, including a conveniently located rehearsal tent.

“If I want to practice outside, there really isn’t a place for me to do that,” Duckworth said.

Thornton students are forced to bring their equipment to Gateway in order to find quiet practice rooms, according to Lucca Cidale, a senior trumpet student.

â€œWhat makes it really painful is that there is now construction work. So, on top of the bands and stuff rehearsing there, it’s like it’s constantly loud,â€ Cidale said.

PPC Air Conditioning, which is under contract with the university, says it is doing its best to meet the needs of students affected by the continued construction.

â€œThe music building had some issues with us,â€ said Joseph Rhodes, project manager at PPC Air Conditioning. â€œThey are obviously trying to train or possibly record or whatever their duties are inside the building. So PPC was asked to start earlier.

PPC is working to accommodate students by changing its construction schedule now starting at 3 a.m. and ending around 11:30 a.m., according to Rhodes. In addition to accommodating students, PPC wants to be mindful of university space by using trench plates to cover sections of the trench near the church that disrupt traffic.

Nonetheless, students are frustrated with the rehearsal space lost to construction and have also expressed confusion over the scope of the project.

“I don’t know what they’re doing, but I just know it doesn’t make it easy for people to get around campus,” Duckworth said. “It’s kind of just sitting there.”

Unfortunately for the students, production is expected to continue in the coming months. Hunter Gaines, executive director of USC Facilities Planning and Management, said in a statement to Annenberg Media that “the project, which began July 25, is expected to be completed by December of this year.”