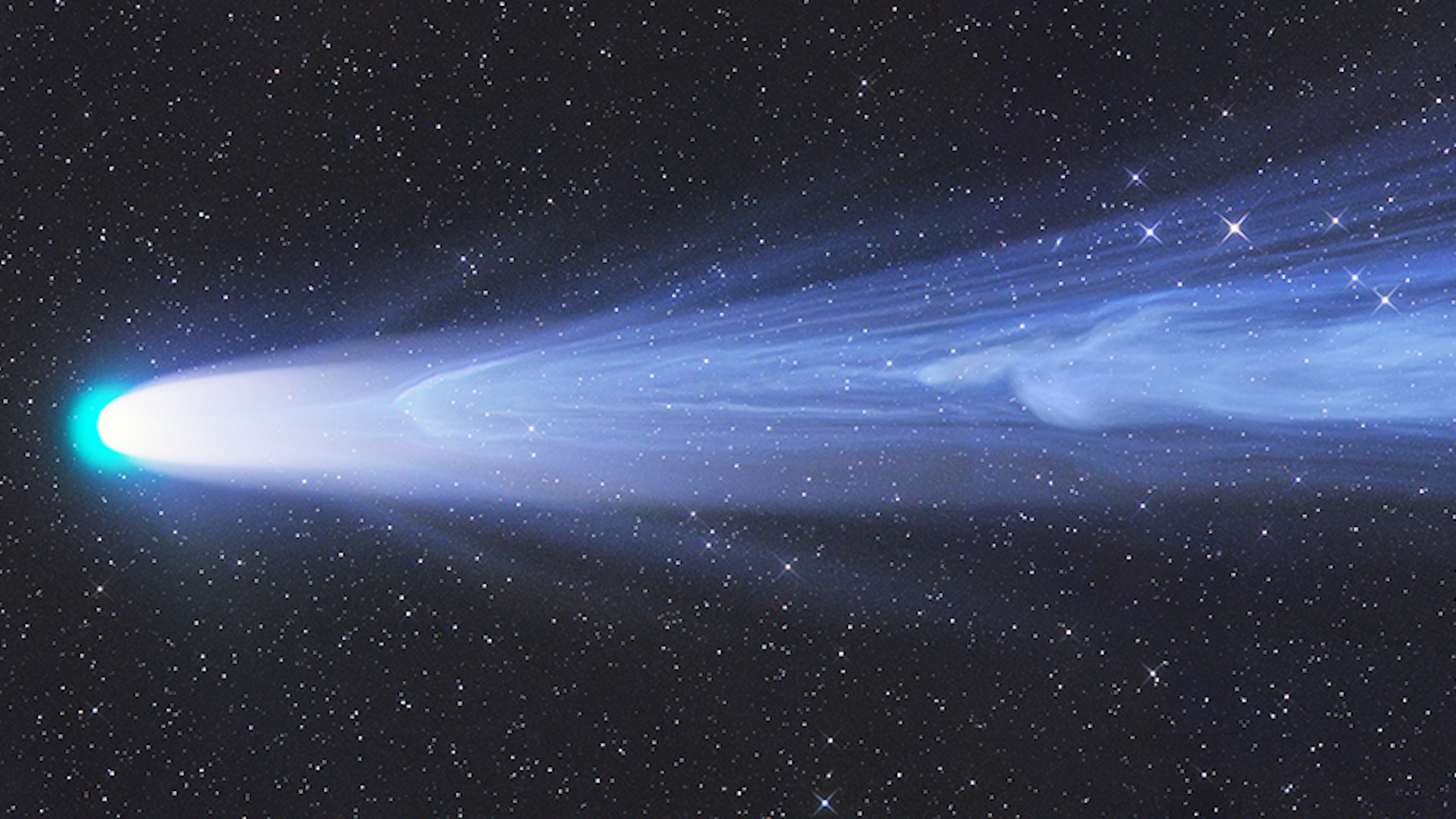 The ghostly tail of Comet Leonard

Comet Leonard was only discovered in January last year, just a month before Rhemann took its picture. The photographer prepared his equipment as the comet came closest to Earth.

“This award is one of the highlights of my astrophotography work,” Rhemann said in a statement. “All the effort to make this picture a success was worth it.”

As it approached Earth, charged particles from its tail began to interact with the solar wind, giving it a ghostly glow. Luckily, Rhemann decided to take his impressive shot before Comet Leonard started moving away from Earth. Astronomers say the comet’s trajectory means it will now travel far into interstellar space and likely never return to the central solar system.

Other impressive submissions to the contest, and winners in other categories, include an image titled “Andromeda Galaxy: The Neighbor.” This is a photograph of the galaxy closest to ours, taken by 14-year-old Chinese Yang Hanwen and Zhou Zezhen. They won the Young Photographer category.

Martin Lewis from the UK meanwhile won the Moon category with an image highlighting shadows falling over a large crater called Plato on the surface of the moon.