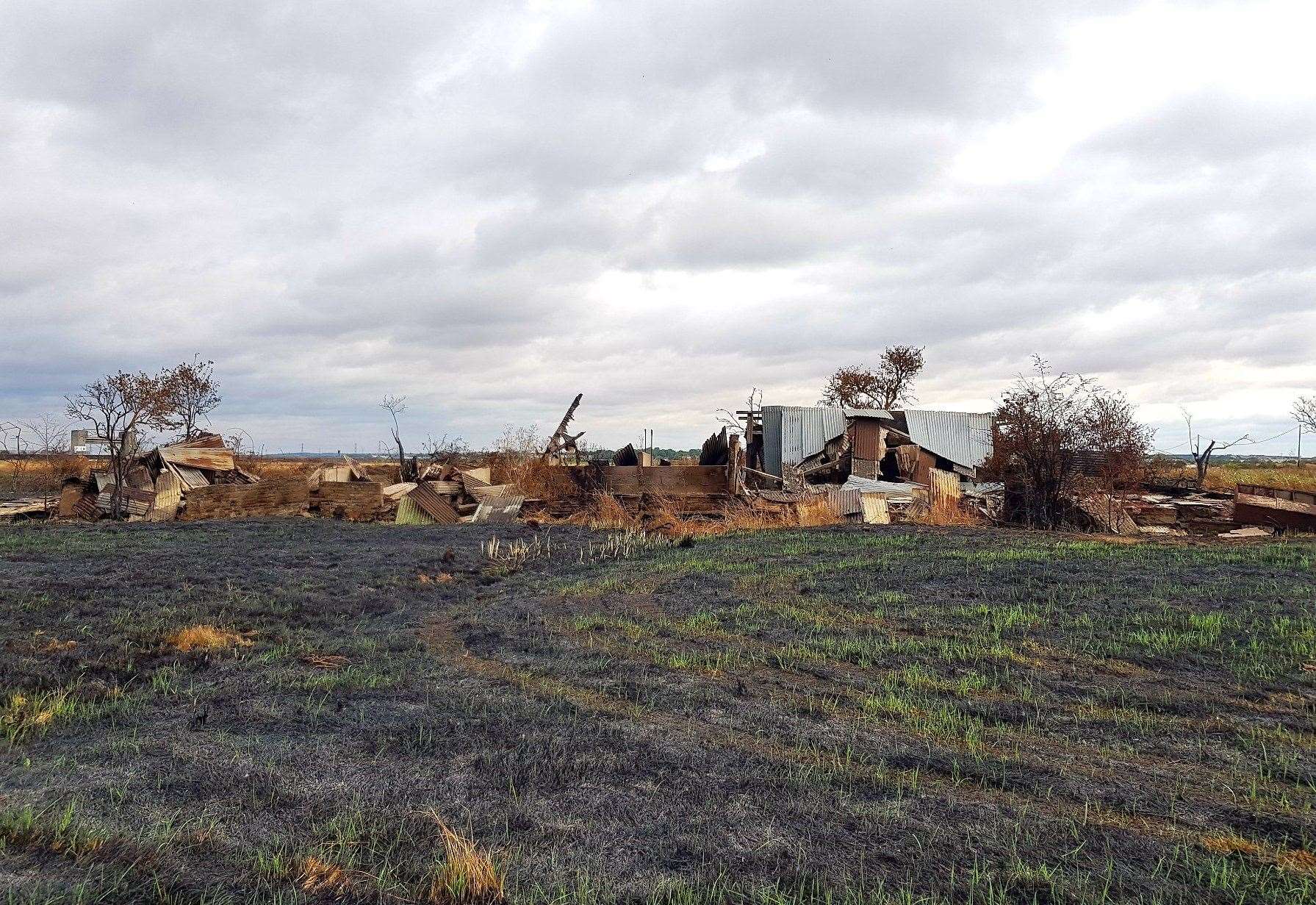 New footage has revealed the devastation caused by the fire that swept through the marshes during the heatwave.

Several fires broke out on July 19, when much of the country experienced record temperatures, with two of the most severe affecting Dartford Heath and Dartford Marshes.

Matt, 27, ventured into the marshes to capture the aftermath of the blaze and said the site suffered even more fire damage than Dartford Heath.

“The damage here is just beyond comprehension,” said Matt, who works as a computer-aided design technician. “The burnt area is far larger than that of the Heath and extends for about three miles just north of Bob Dunn Way and University Way, all the way north past the river defenses to the bank of the Thames.

“In breadth it is probably greater, stretching from the east bank of the River Darent out of the bridge domain to the east. The most tragic fact of all is that it is from a swamp area – wetlands – a place where fire shouldn’t even be possible, and yet it was, and if the green starts to reappear among the black in a few places, several areas are still burning near two weeks later.

“Also, for those familiar with the area, although not much remains of the old Wells fireworks factory before the fire, there is virtually nothing left at all now, with the few buildings still standing now reduced to nothing more than a few crumpled heaps of corrugated iron sheets and overturned bricks.”

Mr Thomas said he believed the abandoned factory site had previously remained intact, due to a large amount of asbestos in its buildings.

Last year, Kent Online provided a preview of the site, with a collection of images compiled by urban explorers.

The swamp-based factory is believed to have been built in the 1950s, although the business itself dates back to 1837, when it was started by brickmaker Joseph Wells.

The company became one of Britain’s leading manufacturers, making pyrotechnics for the army during World War II.

In its heyday between the 1950s and 1970s, it continued to produce fireworks for major events such as the Royal Regattas, Disneyland and even the Winter Olympics.

The factory at one time employed over 150 people and consisted of a series of huts, each standing separately to prevent – ​​in what now seems an irony – the spread of a potential fire.

A spokesman for Dartford Council said: ‘Our parks team were happy to help KFRS deal with these fires and will continue to help wherever it is safe to do so.

“Council officers are currently assessing the area to see what can be done to restore the marsh habitat and to try to ensure there is no repeat of recent events while simultaneously protecting the environment. local.”