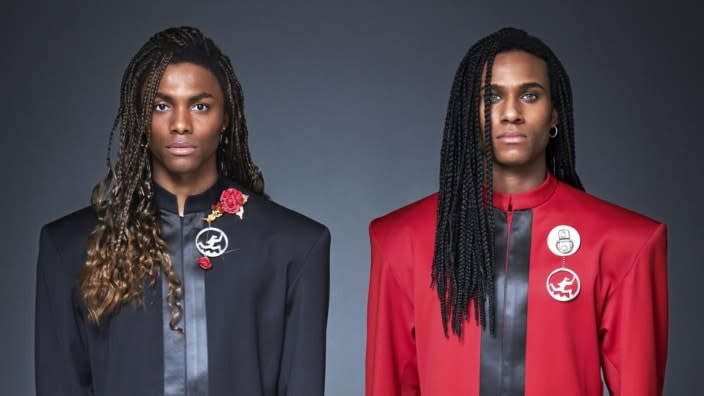 A biopic on Milli Vanilli is coming. Leonine Studios, a major European film studio, has unveiled preview photos of ‘Girl You Know It’s True’, a film about the ill-fated 1980s pop duo.

“Girl You Know It’s True” will tell the story of Robert Pilatus and Fabrice Morvan, two German men who reached unprecedented heights in the late 80s as Milli Vanilli. The duo will be starred by German actor Tijan Njie, playing Pilatus, and French actor Elan Ben Ali as Morvan.

In a press release, Leonine Studios revealed photos of Nije and Ben Ali in costume from the iconic duo. Each wears the hairstyle and outfit that Pilatus and Morvan wore in the music video for their hit single, from which the film takes its title.

The film will cover the infamous Milli Vanilli scandal, showing them achieving huge success, even though Pilatus and Morvan never sang any of their songs. In tunes orchestrated by German music producer Frank Farian, Pilatus and Morvan have lip-synced to the voices of real session singers for Milli Vanilli’s tours, TV performances and music videos.

Nije and Ben Ali were selected after more than a year of casting in five countries. While both are newcomers, veteran actor Matthias Schweighöfer – known for his appearances in Christopher Nolan’s “Oppenheimer” and his own “Army of Thieves” – will play Farian. Also appearing in “Girl You Know It’s True” are Graham Rogers as Todd, Milli Vanilli’s American assistant, and Bella Dayne playing Farian’s right-hand man.

Filming is set to wrap in December, with principal filming taking place in Los Angeles, Cape Town, South Africa and the German cities of Munich and Berlin. Simon Verhoeven is the screenwriter and director.

“‘Girl You Know It’s True’ is captivating on so many levels,” Verhoeven said in a statement. “It not only recounts the spectacular rise of two underdogs to the zenith of showbiz in one summer, but also provides a fascinating behind-the-scenes look at this illusory world of fame and its sometimes tragic and unscrupulous machinations. Personally, I think that Rob and Fab didn’t deserve to be the only scapegoats for this scandal.

Verhoeven and Wiedemann are also associated with the production of a documentary Milli Vanilli made simultaneously by the entertainment company MRC, independent of Leonine.

The post office The studio publishes the first images of the biopic of Milli Vanilli appeared first on LeGrio.