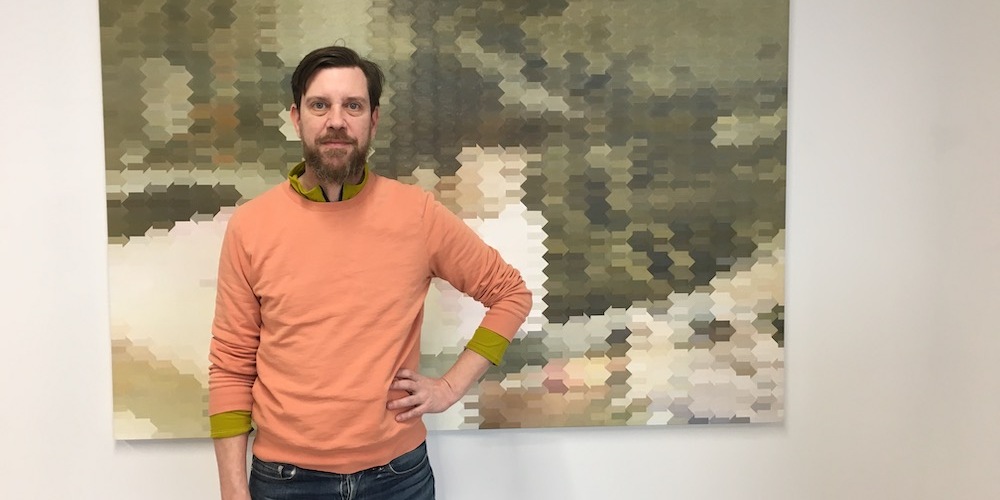 The Alex Brown Foundation in Des Moines, Iowa, today announced the six artists participating in its 2023 residency program. David Dixon, Ben DuVall, Shir Ende, Fanxi Sun, Jessica Walker and Leonard Yang will each occupy the former studio of Brown at the nonprofit Mainframe Studios, a renovated 1970s telecommunications building near downtown Des Moines. Residencies are flexible and range in length from four weeks to a year, with participants receiving accommodation, airfare and a monthly stipend of $1,000.

Dixon, who runs the Cathouse FUNeral/Proper gallery in Brooklyn, will create screen-printed plaster paintings in Brown’s studio space during her residency, while a Brown painting hangs at Cathouse Proper, where she will be attended during opening hours by a rotating cast of Brown’s friends and admirers of his work. DuVall, a Brooklyn-based graphic designer with an interest in play and the politics of language, will undertake a series of drawings and pursue a research project. The other four participants have yet to share their plans. Ende, who lives in Chicago, explores movement and addresses issues surrounding scale in architecture through drawing, print, performance and video. Sun, originally from Zhejiang, China, produces what she calls “experimental storytelling” using film, photography and sound; while Walker, who splits his time between New York and London, describes himself as “working sculpturally with an array of materials, including sound, objects, image and ephemeral materials to initiate poetic installations”. Singapore-based painter Yang combines aerial and linear perspectives with romantic hues to embody contemporary changes in social and natural landscapes.

The residency program was created last year in honor of Brown (1966-2019), a Des Moines native who established his career as a painter and guitarist in hardcore bands Gorilla Biscuits, Side by Side and Project X in New York before returning. to his hometown to work there for two decades. The residency welcomes artists working in all forms of media and at different stages of their career. Participants are not required to produce work, only to experience “the working conditions Brown found in Des Moines – the ability to do the work you want to do, free from the daily influence of being immersed in a large metropolitan scene but without the isolation of a rural residence, in an exceptional studio environment and a relaxed and pleasant living environment,” according to a press release from the foundation.