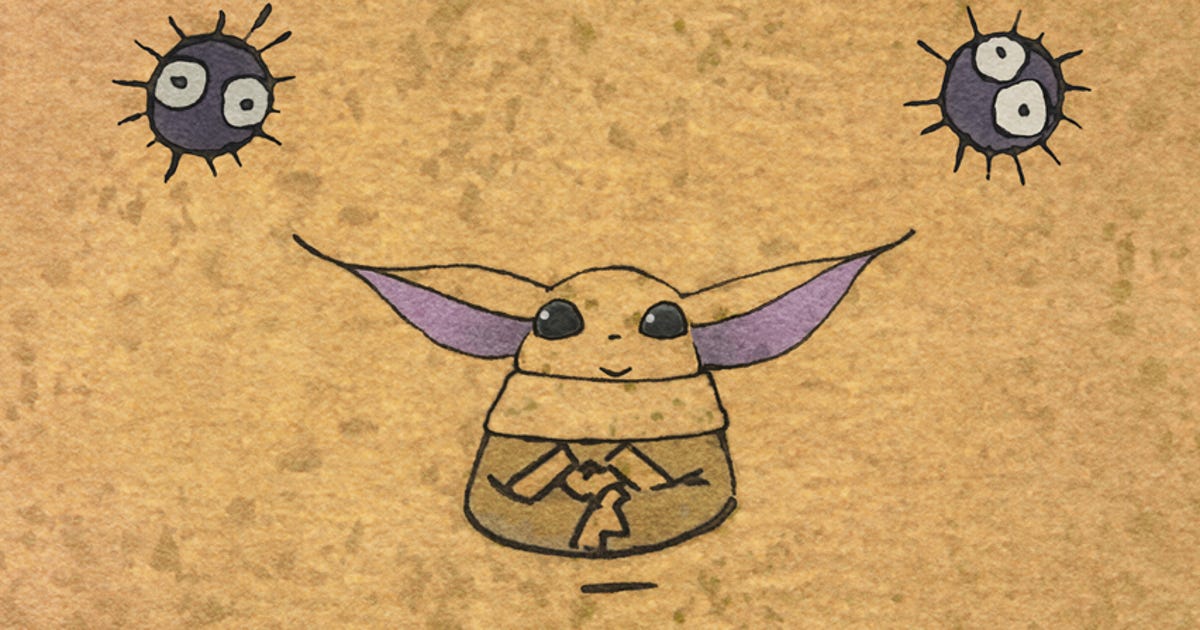 Studio Ghibli, the iconic Japanese animation studio behind films like Spirited Away and Princess Mononoke, produced a new original Star Wars short called Zen – Grogu and Dust Bunnies. He landed on Disney+ Saturday, to celebrate the third anniversary of The Mandalorian.

The 3-minute hand-drawn animation was directed by Katsuya Kondo (who has worked on the animation of films like My Neighbor Totoro, Kiki’s Delivery Service, and Princess Mononoke), with music by Mandalorian composer Ludwig Göransson.

The reveal follows Studio Ghibli teasing a collaboration with Lucasfilm Thursday on Twitter. The official star wars The Twitter account also shared the teaser, and Studio Ghibli cemented the connection to a galaxy far, far away with a follow-up tweet Friday.

A previous 15-second teaser showed the Lucasfilm and Studio Ghibli logos, with no other images, characters, music, or even sounds. However, Studio Ghibli offered a clue with its tweeted photo showing a small statue of My mandalorian homie Grogu (aka Baby Yoda) and co-founder of blurry studio Hayao Miyazaki. (He also directed several of his major films.)

Before Grogu’s short was revealed, some people online expressed their hopes for an animated Star Wars movie. This isn’t the franchise’s first foray into Japanese animation; Lucasfilm is out anime inspired anthology series Star Wars: Visions on Disney Plus last year. A second season is scheduled for release next springbut the Studio Ghibli project is separate.

To find out more, see the last look at the Studio Ghibli theme park and CNET’s review of the Star Wars Andor prequel series.


Now Playing:
Look at this:

"BYOJ" Bring your own joy! Series of events by artist Nikki Williams in Harlem