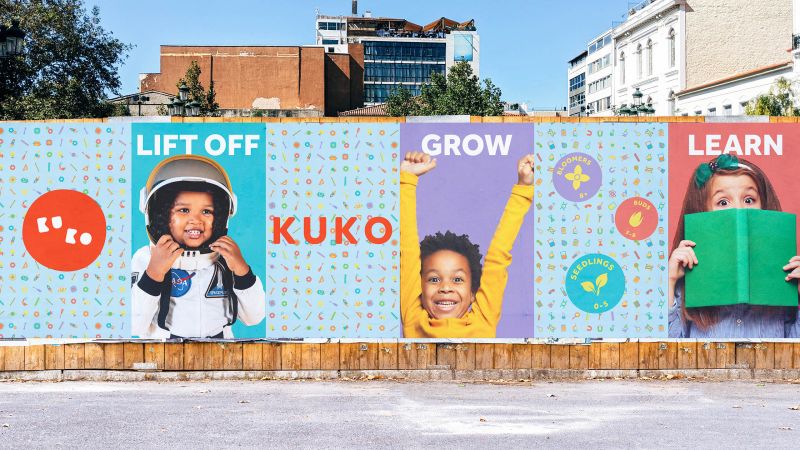 Where do children learn? For many children, most of their education takes place in a school environment, but this has not always been the case. Though it seems to be on the decline, learning outside of school is full of benefits, but it’s an approach that few brands seem to favor.

This is where Kuko comes in. The startup targets the branding trend of only prioritizing a child in a business sense by using an identity that encourages them to learn and grow through learning. And by commissioning Studio Bennu to define a brand strategy through careful research, Kuko can now position itself in the market with an identity it can own.

Relying on bright colors and relevant images, including photographs and cartoon motifs, the Kuko brand is attractive and not intimidating. This last factor is a crucial part of identity, as research has shown that children are more enthusiastic about learning when it becomes easier.

“When customers can’t find the best way to help their kids quickly, they move on,” says Tom Berry, creative director at Studio Bennu. “This idea influenced the design language of the brand. Products, categories and the age of the intended reader had to be understood quickly.” To that end, Studio Bennu also created three key age groups, named them, and brought them to life with individual color palettes.

In fact, every element of the brand is designed around the fun that learning can bring. In addition to showing how learning can make children excited and happy through its imagery, the construction of the logo also fits into this mold by being simple and relevant for children.

Kuko even hopes this relatable icon will help kids spread the word about the brand themselves. “The age groups allow children to interact with the brand and be part of the community.”

As for the name of the brand itself, it has also been carefully adapted. Although it sounds fun on its own, Kuko is derived from the African language, where the brand has its roots. Derived from two African words, which mean “to grow” and “to learn”, Kuko’s spirit and mission statement run through every aspect of Studio Bennu’s identity.

“Kuko is built on the idea that when kids are excited to learn, it becomes easier,” adds Tom. “This idea has influenced every element of the brand from its inception to the end consumer.”

Vernon's talent talks about a price, a contract