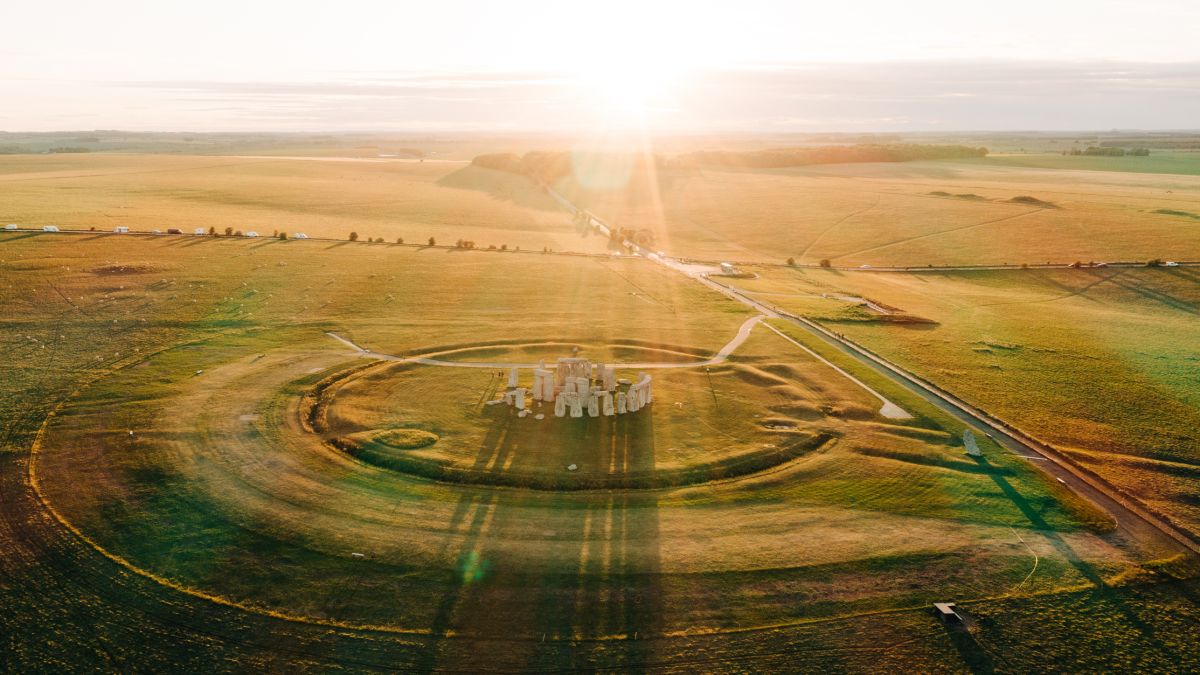 Stonehenge was photographed in a whole new light using modern drone technology and artificial lights. The ancient Neolithic site on Salisbury Plain in the UK is a popular tourist destination and photography hotspot. So when Chicago-based photographer Reuben Wu was asked to shoot it for National Geographic, he wanted to find a way to do it differently.

Fusing ancient history with modern technology, Reuben used two cameras, a drone and artificial light to capture the image of Stonehenge he envisioned. Using what looks like one of Sony’s best cameras (opens in a new tab) (we don’t know exactly which one) he took a timelapse of the stones from sunset to dusk and using a medium format camera (which we think could be phase one) , he took photos throughout the filming.

With a drone flying around the stones and artificial light glued to the end of a telescopic pole, Reuben was able to achieve a unique effect to illuminate the individual stones. Since drones aren’t allowed to fly over the stones, Reuben’s assistant used a 50ft pole to light them overhead. Reuben also had to factor in things like the position and brightness of the moon and the cloudiness of the sky in order to get the image he envisioned.

Despite the hundreds of thousands of professional and amateur photos that exist of Stonehenge, this is the first time it has been taken using this unique method. In an interview with National Geographic (opens in a new tab), Reuben said, “A lot of the work I do is based on the idea of ​​showing the familiar in an unfamiliar light. There’s this jarring landscape where you wouldn’t expect this kind of lighting, and it shows you something that you may have seen every day in a completely different light.

To fly the drone, Reuben had to obtain special permissions from English Heritage (opens in a new tab) who own the site, and the Royal Air Force and he and drone pilot Zac Henderson also had to alert the nearby military base before and after each drone flight.

A lot of planning and preparation went into filming Three Houses which rather unusually started at sunset and ended overnight. Reuben told National Geographic, “Perhaps more conventionally you would wait for a sunset, or a really perfect angle of light from the sun, in order to capture something at its best, but for me, I try to create actually have that perfect angle of light using the drone,”

Since he approached the shoot with the magazine cover in mind, Reuben knew he wanted to shoot it in portrait mode, capturing all the stones in symmetry with the sunset in the background. With careful planning, a talented light assistant/drone pilot and a bit of luck with the weather, Reuben was able to create an image that combines the magic of stones with the powerful capabilities of modern camera technology. In post-processing, Reuben used multiple images taken throughout the night to create the final photo.

Reuben’s composite image will be featured on the August 2022 cover (opens in a new tab) National Geographic edition but an accelerated version of the cover can be viewed online. For Reuben, photographing Stonehenge was a dream come true and something he always aspired to do as a child and using his unique approach to lighting he managed to photograph it with a whole new twist.