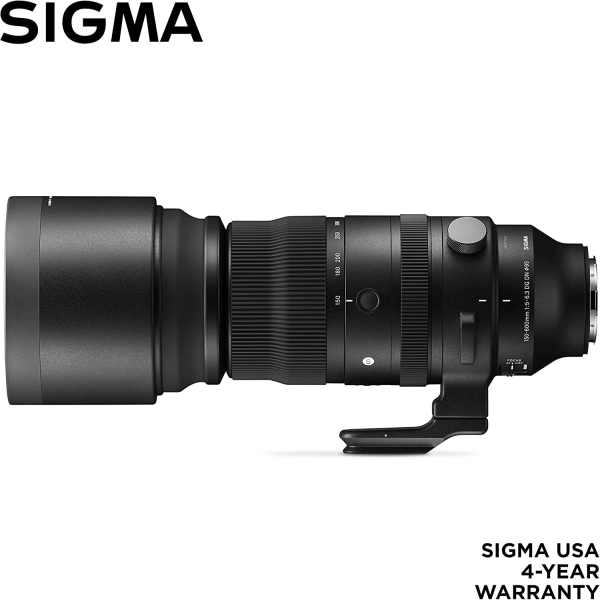 After almost a year of use and love, the sony a7c (since August 2021), in combination with the Tamron 28-200mm lens (Sep 2021)…I’m already thinking about buying a new lens and/or buying a new Sony camera.

While I like the idea of ​​the 28-200mm “all-in-one” lens, I find I still need the longer range, often using the 200mm. You see, the way I shoot shows is different from most live concert photographers. I don’t want to fight with the fans to be up front, so most of my shots are taken from the back of the room…like I’m not there and not bothering any fans. Also, I find that most of my photo pit shots look on subject, which isn’t great, in my opinion.

Basically, what I’m looking for is a lens that can go over 200mm… and in the Sony E-mount world, I have several choices:

The sony goal is out of the question, just based on price. If money was no object, yes, I would want a native Sony lens, for the fact that there is no limit on burst mode and the ability to use extenders.

Between the Sigma and Tamron, I’m starting to lean towards the Sigma, just based on that extra 100mm difference (it maxes out at 600mm compared to Tamron’s 500mm). I’ll wait for a sale, but if I can’t find one cheaper… I might have to go with the Tamron because it’s cheaper (at the time of this writing, you can buy it new for $1200).

Both lenses have a minimum focal point of 23 inches, allowing you to get very tight macro close-ups. The Sigma is larger and weighs about 1 pound more than the Tamron, but given that it has a longer range, that’s to be expected. Both offer lens stabilization and other similar features.

I will continue to do more research on the main differences between the two lenses, but as far as I can tell they are pretty much the same lens except one is bigger and has more range. To me, Tamron seems to design the lens for compactness and is aimed at the traveling photographer.

It’s also worth noting that the Sigma has a 4-year warranty, while Tamron offers a 6-year warranty. I’ve never had to use the manufacturer’s warranty, but it’s good to know that these companies stand behind their products.

In the end, I think I’ll be happy to buy either lens.

As for the new cameras, I look at the new Sony a7IV or the sony a9 (used). They’re both about the same price, although I’m not entirely confident buying used cameras.

The new camera will use the super telephoto lens, which will allow me to take close-ups or close-ups quickly. I know, I know, it’s extreme, but when you’re shooting in the field, it’s very annoying to change lenses (especially when it’s only temporary). Also, I’ve always wanted a rear view camera. Anyway, for example, the closest I can get using the 200mm lens is shown on the left. I need to get Ian Astbury’s full body… but what I really wanted was Astbury’s head and shoulders to fill the frame and get more detail on his face.