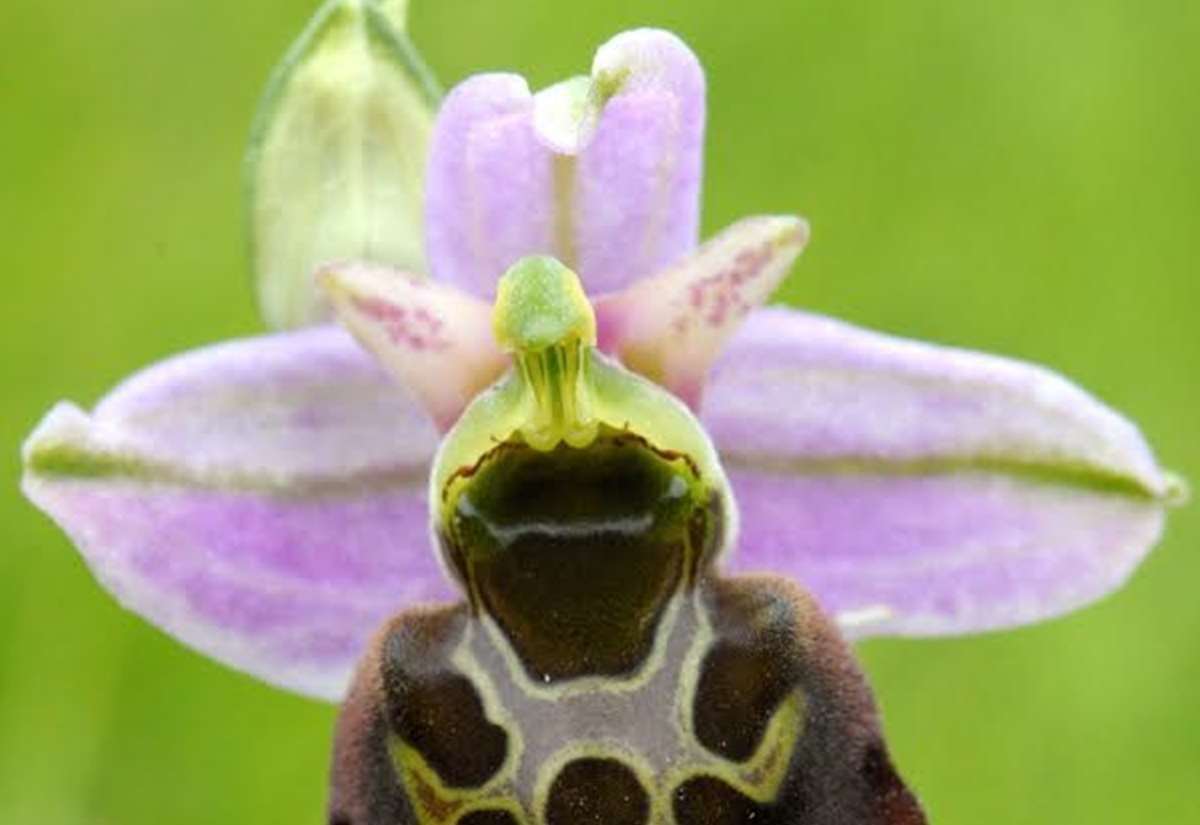 Orchid thieves have stolen a significant percentage of one of Britain’s rarest flowers.

The late spider orchid is only growing at a few sites in Kent and on Friday one in Folkestone was targeted, with 30 plants uprooted from the ground.

Neil Evans of the Hardy Orchid Society said: “The theft represents a major loss to the people. They are only found in this country at a few sites in Kent. The local custodians do not want the site name published for public purposes. obvious reasons.”

Late spider orchids, which usually bloom from the following month, reach between 10 and 50 cm and bear up to 10 large pink and green petal flowers with velvety dark brown spider-like lips.

Early on Sunday, thieves struck again in East Sussex, taking 10 burnt-tipped orchids from the sprawling Glynde estate in the South Downs near Lewes.

The species’ population has dropped over the past 50 years and it is now considered rare.

The plant, which blooms between this month and the next, is harder to spot, with 10 to 15 white and purple flowers growing from spikes.

Mr Evans discovered the holes where the burnt tips had once grown and reported the crime to Sussex Police.

Theft of protected flowers is a breach of the Wildlife and Countryside Act 1981 and Theft Act 1968 and can result in a heavy fine and up to six months in jail.

It’s unclear if the two thefts are related, but orchid thefts are becoming more common around the world.

In 2019, some 3,000 plants of several orchid species were stolen from Germany’s Taubergiessen nature reserve on the Rhine.

Early and Late Spiders as well as Bumblebee Orchids were part of the loot.

Local biologist Dietmar Keil said at the time: “It will take at least 50 years for affected varieties to recover to some degree – if they can be saved.”

It was the third theft in three years at the famous site.

At the time, it was said that a single factory could attract offers of €100 online, while the increasing number of thefts meant that some sites in Europe needed round-the-clock surveillance.

The site, managed by Eurotunnel, was home to just six Late Spider Orchids in 1990, but after grazing was reintroduced, that number rose to over 200 at the time of the flight.

At the time, Kirk Alexander of the White Cliffs Country Partnership (WCCP) said: “This year would have been a bumper year for flowering of the Late Spider Orchid and there was a good chance the flowers would have produced seed leading to new plants in future years.”

Following this weekend’s flights, natural history writer and photographer Jon Dunn said: “Wild unearthed orchids rarely survive – they depend on very specific associations of soil and mycorrhizal fungi to grow in the nature, and deprived of these conditions, they are said to usually die. Whoever did this is rather stupid and selfish. What they stole is almost certainly doomed.

Kent and Sussex Police have both been contacted for comment.