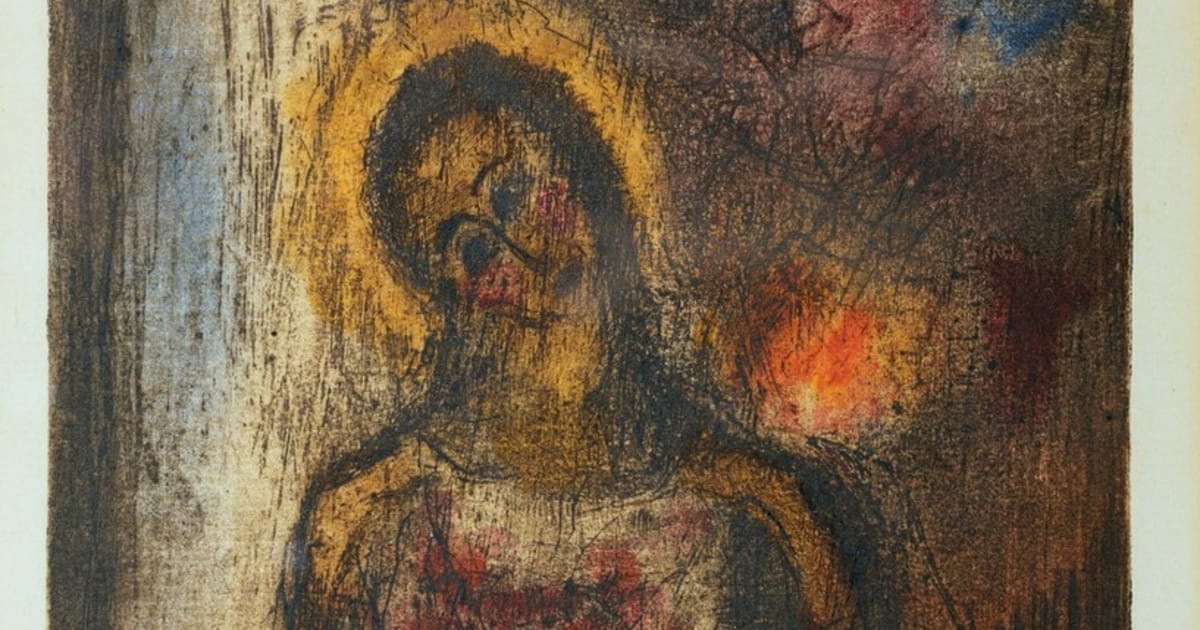 The versatile artist Bohuslav Reynek was born on May 31, 1892 in Petrkov, a small village in the Bohemian-Moravian Highlands, where he also died on September 28, 1971.

He made his literary debut in 1921 with a collection of poems entitled Thirst. In this and other collections of poetry from the 1920s, the influence of Expressionism on Reynek is evident, while Christian spirituality plays an important role in some of his other poetic works. His last collection, Le Vol des hirondelles, which was not published until 1989 due to the ban on its publication by the communist regime, is considered his magnum opus.

Reynek also translated a considerable number of texts from French and German into Czech, including works by authors such as Victor Hugo, Paul Verlaine and Adalbert Stifter.

From the 1920s, Reynek also contributed to the fields of drawing and printmaking. He used many different techniques, including drypoint, etching, monotype, and glass cliché, which gradually replaced his earlier charcoal and pastel works. Landscape motifs gradually gave way to biblical themes, often set in Petrkov’s environment, which remained an inspiration to him throughout his life. In addition to hundreds of other works, Reynek created the graphic cycles Snow, Christmas, Job and Don Quixote.

After his first pre-war exhibitions in Grenoble and Pardubice, Reynek’s works were shown regularly in France from the 1950s, while in Czechoslovakia, for political reasons no exhibitions of his work took place afterwards. the war until 1964, and the Czech public was in fact only able to discover his works after the Velvet Revolution.

Last year, one of his prints sold at auction for CZK 564,000, a new sales record for a work by Reynek.

In the 1920s and 1930s, Reynek lived in Grenoble, France, where his wife, poet and translator Suzanne Renaud (1889-1964) was from. The couple had two sons together, translator Jiří and photographer Daniel.

From 1936, the family lived in Petrkov, but their ties with France continued to deepen, even after the communist coup, despite the persecutions to which they were subjected. Suzanne Renaud was prevented from traveling to her homeland, the family farm in Petrkov was nationalized, Bohuslav and his younger son Jiří had to work as pig farmers, and the eldest son Daniel as a driver. The family lived in material poverty, supported by donations from Czech and French friends.

Nevertheless, the Reynek Farm in Petrkov became an inspiring meeting place for many free-spirited young artists, especially during and after the 1960s.

In 2021, the Reynek family estate was purchased by the state and handed over to the National Literature Memorial, which now operates a Franco-Czech cultural center in Petrkov.