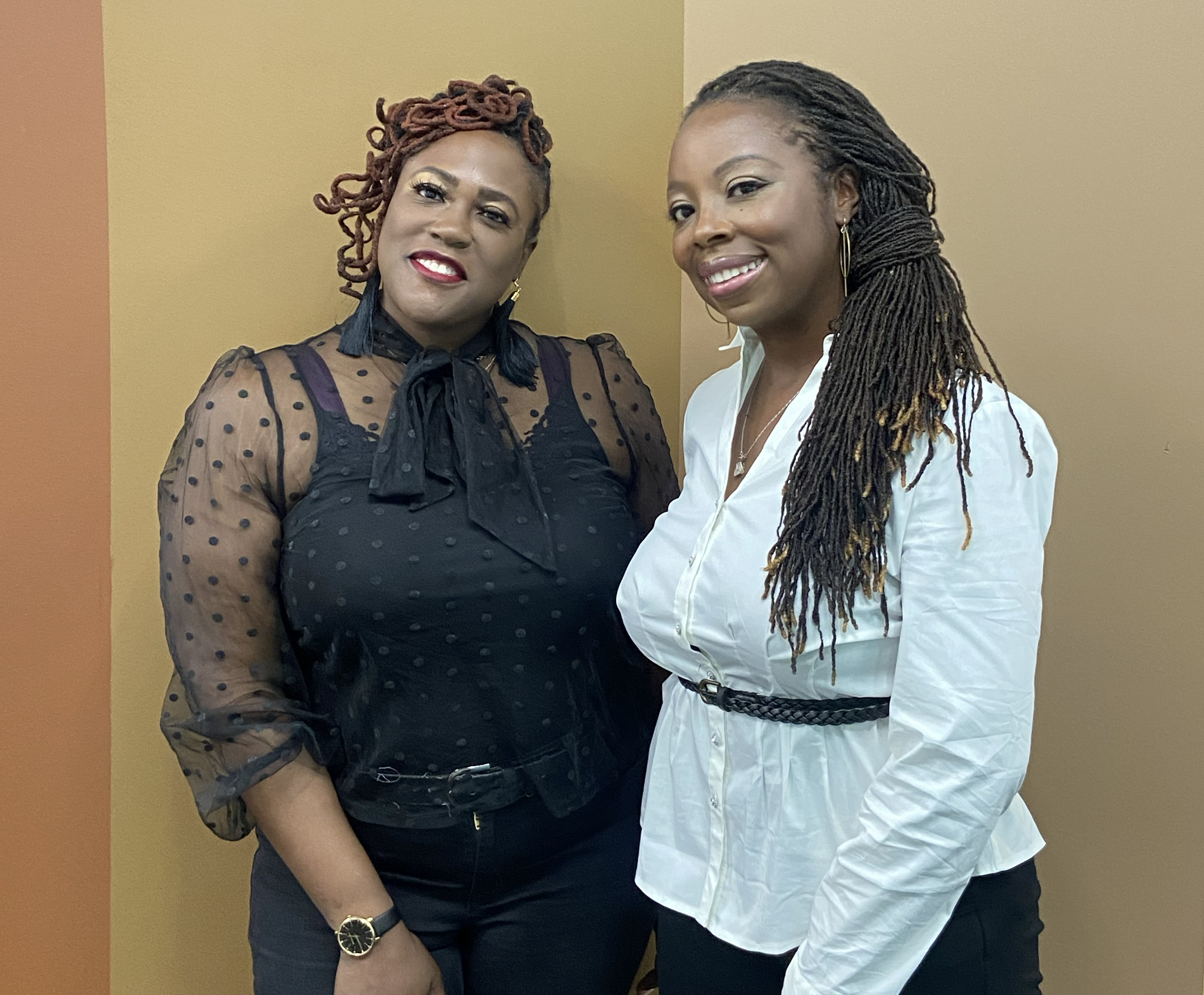 At an east Charlotte selfie museum, there’s more than self-portraits.

Picture Project CLT, founded by Melissa A. Fuller and Sharetha Cooper, opened six months ago on Independence Boulevard for a variety of purposes. The interactive selfie studio contains over 30 sets where visitors can take photos with a ring light or a personal photographer. The space also contains an event room for parties and private events, and it has a podcast studio with professional recording equipment.

For the co-founders, bringing the studio to life has been a long, collaborative journey and continues to be a growing process. Cooper brought the camera and Fuller brought the vision. The two started their friendship when they were kids (they are also distant cousins) in Eutawville, SC and later grew up in their own niches.

Cooper discovered photography in 2014 through his eldest daughter. For her fourth birthday, she took her to take pictures but had difficulty with the photographer because of her special needs.

“At that point, I was like, well, I’m not going to put him through this anymore. I’m going to learn how to take his pictures myself,” Cooper said. “It inspired me to buy my first DSLR. When I got it, I didn’t know what to do with it. I didn’t know anything about photography, but I love taking pictures. And so, I was determined to learn.

Through things she learned from herself and other photographers, Cooper launched her business, Sharetha Monique Photography, a year later – capturing couples, pregnant women, babies and families.

Fuller looked to her mother for her expertise in event planning and design, something she remembered being “tricked” into loving growing up.

“There were four of us at home and she loved setting the table. Regardless of the vacation, there were facilities with linens and all that stuff,” Fuller said. “And then, going to school, I ended up being the event planner for every organization that I was part of. Even when I was working in the schools, I was always in charge of everything, and that was something I was very comfortable with.

Fuller founded The Melissa Project in Atlanta in 2016, which operated as an event design company specializing in modern luxury styles and small weddings. She moved the business to Charlotte in 2020.

And that’s where best friends pool their skills.

Coming out of the COVID-19 shutdowns earlier in the year, Cooper started doing photoshoots again, but this time clients had greater demands. Particularly those celebrating pandemic milestones, customers wanted their photo sets to be more elaborate, requesting backgrounds not typically made by Cooper.

“I said, I know the perfect person who can do these sets – Melissa! So she would come over and we would collaborate on creating a set for people’s birthdays, celebrations, baby cakes, everything,” Cooper said. “When I started seeing selfie museums, I emailed her and was like, ‘Hey! We do this all the time,’ and we always talk about how long it takes to put in place a set… And I was like, ‘So you know we can do this on a larger scale and people can reuse the stuff afterwards,’ and so she’s like, ‘Well, okay, we can do this .'”

Cooper and Fuller began working on Picture Project CLT’s business plan in February 2021 and signed the lease on the space months later in May. The location on Independence Boulevard was a shopping mall where they passed every day, and it was suitable because of the space for photo shoots and events and the ample free parking.

However, installing the photo sets and opening the doors took longer than expected, as the co-founders dealt with the lasting effects of COVID-19, supply chain issues, architectural difficulties, and constructs the sets themselves. Fuller drew inspiration for the sets from “everyday things” and some of the filming Cooper had previously done.

“It’s like, ‘oh, well, it’s an empty building, so we’ll just sketch the design,'” Fuller said. “So we knew what we wanted it to look like, Sharetha knew how big she wanted the stands to be. And I sketched the whole design…and we were like, “Here, the contractor is building this,” and they were like, “No, that’s not how it works.

Says Fuller: “We learned a lot along the way, like different people we had to hire to draw it in reality to get the job done.”

As of December 2021, Picture Project CLT was up and running, and since the holiday season the business has seen slow but steady growth. People are still discovering it – mainly via social media – and it leaves very positive impressions on visitors.

“[They] go out of their way to make sure customers are happy with the background, the props, all of it,” said Picture Project CLT visitor Zahria Sanders. “When you get there [Cooper] makes sure you are comfortable taking pictures. I think that’s an important part of family portraits or self-portraits – making sure you feel comfortable so your photos come out the way you want them to.

Outside of photo shoots, the studio hosted teen birthday parties, graduation parties, workshops, a podcast, and a networking event for other creatives and small business owners. Picture Project CLT also offers memberships that allow other creative professionals to use the space for their own work.

The co-founders also have high aspirations for the business, operating with the mindset of opening another location in the future.

“From the beginning, when we started this whole process, we didn’t start it just thinking about this place,” Fuller said. “We knew when we started it we wanted to see how this location would grow and build, but we know we want to open, definitely, another location.”