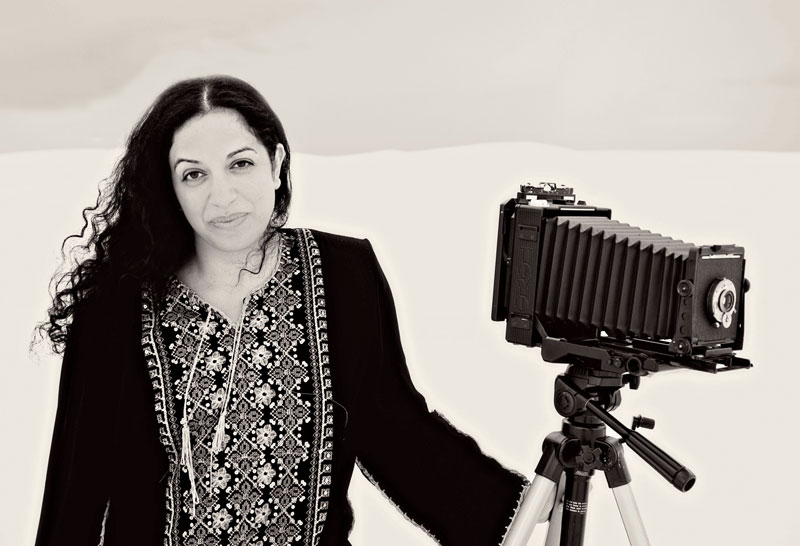 Sama Alshaibi, who works between photography, video, performance and installation, will present the next Hixson-Lied Visiting Scholar Lecture at 5:30 p.m. on November 9 at Richards Hall, room 15.

The conference is free and open to the public.

Alshaibi is a professor of photography, video and imaging at the University of Arizona in Tucson. Her work explores the notion of the after – the fragmentation and dispossession that violates individuals and communities following the destruction of their social, natural and built environments. She uses her body as both subject and medium, meeting place, periphery and refuge, while bearing the effects of war and dislocation.

Powerful feminized representations of Alshaibi resist a pretext for the subjugation of Middle Eastern communities, recalibrating and challenging a Western and patriarchal social order.

The last remaining lecture in the series will feature Aaron Spangler, sculptor and printmaker, on November 30. Spangler is best known as a sculptor, where he reinvents the traditional medium and technique of woodcarving with a contemporary eye.

Supported by the Hixson-Lied Endowment with additional support from other sources, the series enriches the culture of the state by providing Nebraskans with a way to interact with luminaries in the fields of art, history, art and design. Each guest artist or researcher spends one to three days on campus to meet with classes, participate in reviews, and give demonstrations.

For more information about the series, contact the School of Art, Art History, and Design at (402) 472-5522 or email [email protected]

Executive to executive, site to site, Conway retires after 27 years of excellence