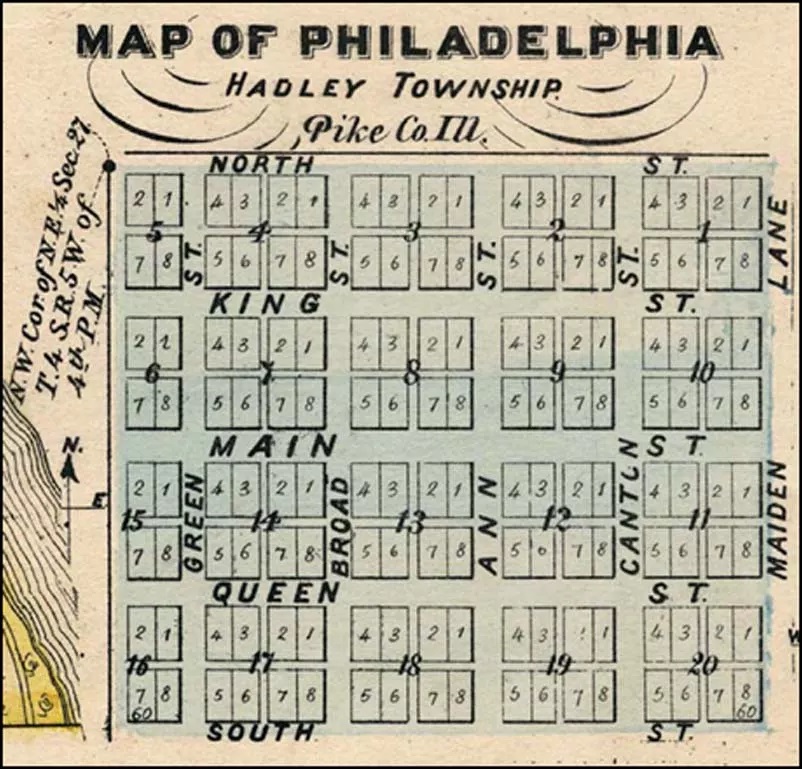 West-central Illinois may soon host the newest addition to the national park system.

The law was passed by the National Parks Subcommittee of the House Committee on Energy and Natural Resources on May 11 with unanimous consent. It now awaits a vote from the entire House of Representatives.

Located outside of present-day Barry in Pike County, the site is where Free Frank McWhorter, a freed black slave, first established and legally registered the first town by a black man in the United States. United before the Civil War. The city was established in 1836. The site is a registered National Historic Landmark.

Marynel Corton, executive director of the New Philadelphia Association and Alderman of Barry, says the park has major national historic significance: “It’s very important locally for heritage tourism, but it’s also very important to the nation. While it was a multiracial town, in fact there were more Caucasians living there than African Americans, it was started by an African American who started life as a slave and then bought his freedom and eventually bought 14 freedom from other family members. Only about 7% of National Park Service sites are directly related to African American history. For this reason, it is very important for the nation that it becomes a national park.

Corton says the site could become part of an entire heritage tourism corridor linking sites in Hannibal, Missouri, Quincy, Pittsfield, Jacksonville, Springfield, Petersburg and others in west central Illinois: “We could all work together to develop a group of historical and cultural sites that will educate people about all of our history and not just certain stories.

Corton says descendants of Free Frank McWhorter, who founded the town, still live in the area and are part of the site. She says one of them is still a member of the Barry Baptist Church where McWhorter attended. In late May, a Looking for Lincoln marker was placed outside the church. Corton says Lincoln was sitting in the legislature when McWhorter had to appear before the General Assembly to secure his last name and representational rights so he could legally dump the city. Congressman Rodney Davis spoke at the marker’s dedication and informed the public of the push to have the site designated a national park.

The second link with Lincoln goes through the famous 19e Photographer of the Century and Barry resident, Calvin Jackson. Jackson photographed Lincoln during an 1858 Senate campaign stop in Pittsfield.

Corton says she hopes the federal government will take over the site so McWhorter and the New Philadelphia stories won’t be forgotten.