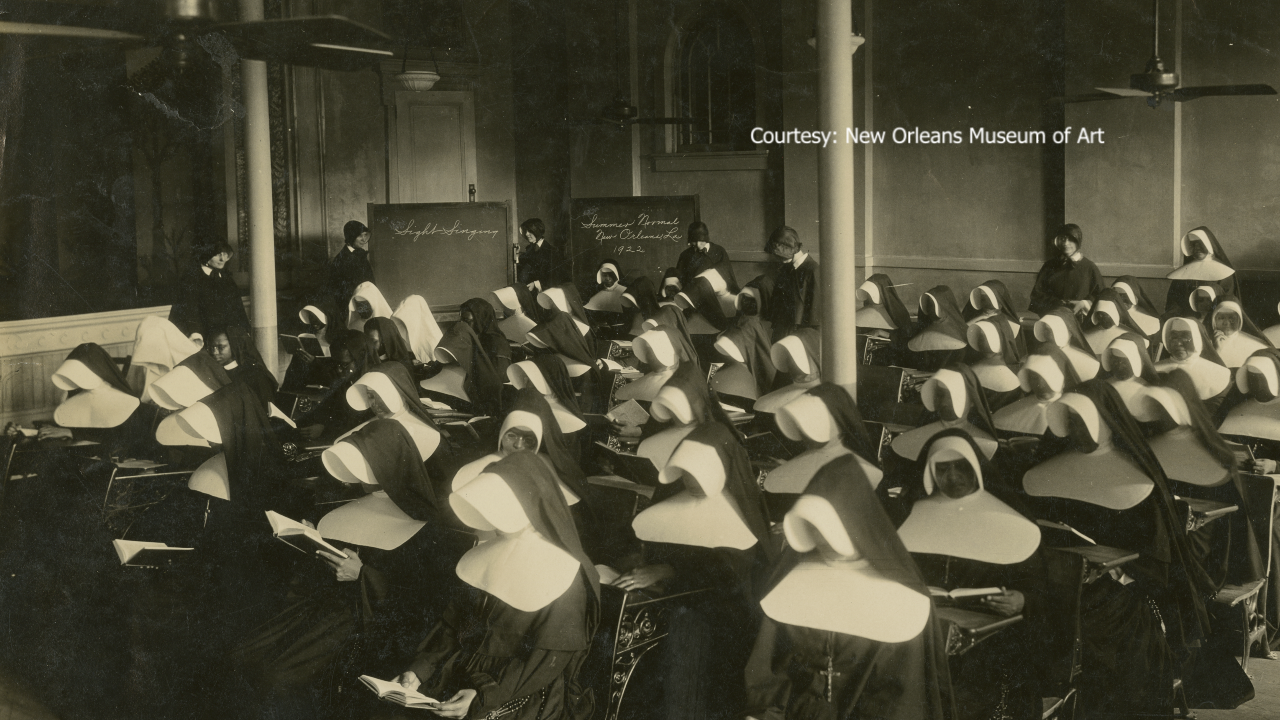 The exhibition presents more than 250 photographs from before the beginning of the 20th century to the present day. Each photo has its own uniqueness, but they all represent a dynamic visual story. The exhibition sheds poignant light on often misunderstood or largely misunderstood photographers of color. The exhibition also illuminates glimpses of black communities from different decades.

One of the most visually striking elements of the exhibit is a wall that is a recreation of Addison Scurlock’s studio in Washington D.C. in 1911. The Scurlock Wall features some of his works, as well as works by his contemporaries , Across the country. Piper refers to one of the photographs on the wall saying, “The one in the middle is a woman, whose name we don’t know yet. It’s by Alain Cole, in Cleveland. It has that art deco look. It’s a confident portrait, where she looks over her shoulder.

One of the most famous cameramen in New Orleans history is Arthur Paul Bedou. Bedou figures prominently in the exhibit and Piper states, “Bedou is perhaps New Orleans’ most well-known black photographer of the 20th century. He was absolutely prolific as a portrait painter. He has taken photographs for important New Orleans institutions, such as the Archdiocese of New Orleans and Xavier University of Louisiana. He was Booker T. Washington’s favorite photographer.

“One of my favorite photographs of Bedou is a photo of the sisters of the holy family. It is remarkably precise! When you look at it, you can see a string on the ground which is in perfect focus. You can also read the chart at the back of the class.

The exhibition experience is made up largely of black-and-white photography, but it culminates in vibrant color, as visitors walk through the work of some of today’s black photographers, who lead their forward-looking fields and perpetuate the legacy.

“My favorite contemporary pieces in the exhibition are works by Tiffany Smith. She is a photographer in Brooklyn, New York, but she also works extensively here in New Orleans. She works on Caribbean diasporic identities. You see in her photos questions of home, travel, displacement and colonialism.She made two very beautiful self-portraits, which are presented here.

Called to the Camera: Black American Studio Photographerswill be on display until January 8, 2023.