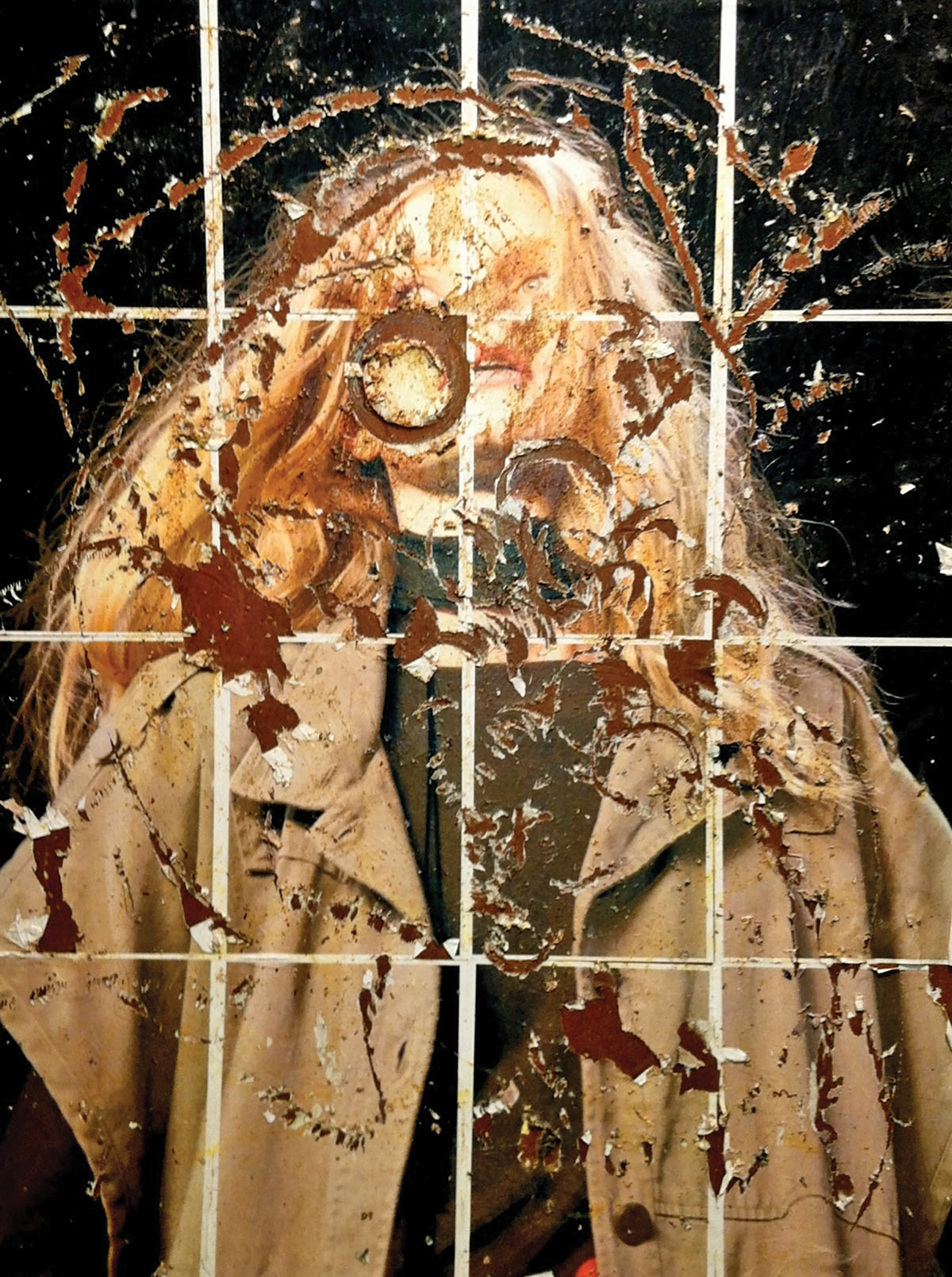 Our artist: deconstructing the abstract

Zachary Delacruz grew up in Ocean Grove, New Jersey. An only child, he learned to entertain himself by doodling and drawing while trying to express his overflowing imagination. He even played the saxophone for several years and did “a lot of musical theatre”, but he will always turn to the visual arts to create art.

So when it came time for him to go to college, Delacruz decided to study art and earned a Bachelor of Fine Arts degree from the School of Visual Arts in New York City in May 2012. college was amazing,” Delacruz says, commenting on the colleagues and professors he met while in college. “You know, [some of] these artists are sort of your heroes, and then you get your program and [discover that they’re] your teachers. So that was really great!”

Inspired by his teachers as well as his taste for exploring new ways of making art, he began to experiment with unique and unusual artistic forms and ideas, including sculpture, oil painting and acrylic, video and photography.

Often, his work “focuses on fashion and the representation of notoriety”. His “figurative work” is inspired by De Kooning and Frank Auerbach, where “the figure has become a sandbox for abstraction and gesture”. Delacruz explains: “Each artist is different and has their skills, their medium and their vision. And there are photo-realistic painters who are more than talented and amazing. I just don’t see things like that. I see more abstract, simplified gestures, like moving shapes. I don’t draw the face or the person in detail, but rather an abstract figure. Abstraction in gesture painting is the detail for me.

And speaking of inspirations, “everything and anything” he does influences his work, in some way. “When I moved to New York, I ended up having several different jobs and being a full-time student,” Delacruz explains. “And I answered this Craigslist ad for a stock photo position at this company called Retina. I got hired as a photographer, doing a lot of on-rehearsal set photography for TV shows like Gossip Girl. Then I ended up covering Fashion Week as a photographer.

Her fashion work ultimately inspired her series of shoe sculptures. “I’ve done a lot,” he says. “They are all super campy, super kitschy, fetishistic. They have several different conversations. And then some magazines and designers would like to rent them out for photo shoots and so on, so that was fun.

Camp, on the other hand, is very subjective, inspired by “a mixture of all sorts of things” as, as a student, he associated with designers and other artists who created these “kind of facetious but serious plays”. [art]. I guess for me it was camp back then.

As his environment changes, his sources of inspiration for his works also change. But no matter what inspires it and what form it takes, Delacruz’s visual work is always powerful and profound.

His “Just Guys” series “came out of nowhere,” he says. “I hadn’t painted for a long time, but I changed direction and picked up the brush. And it’s weird because I don’t really paint a lot of men. I find a female figure much more interesting than a male figure, which is weird because I’m gay. But, anyway, I took up the brush again, and I like the patterns and the repetition. And, you know, people would never know it, but everyone on Just Guys is the same person, [painted over and over again].”

Some of his works offer calm and peaceful pastel colors, while other pieces evoke a dark and dramatic, almost haunting mood. “When I was doing all the collages, I was around all these flowers, and they’re super colorful,” he explains. “I think it is [where] the color palette [comes from]. But then I wanted to go for more neutral, muted and darker colors. This felt right after the pandemic. And they create a whole bunch of different conversations, you know…”

When it comes to the process of creating art, Delacruz is prolific. He usually works on several paintings simultaneously and completes them all in one sitting. “I’m going to do like one coat, wait for the paint to dry, start another one,” he explains. “It’s like a rotating process.” And while he enjoys working on collages, paintings are his favorite because they do exactly what he wants them to do. “For me [paintings] succeed because they are honest, you know? It’s just the paint and how it moves. It’s just a mind stream.

“Sometimes I like a thick application of paint, and that’s really nice, and it does what I need. Just like that big blob kind of turns into that gorgeous face that I was looking to do.

“I just started a new ‘Just Girls’ series. It’s completely different where I’m going to do a swipe of paint and then I’m going to wipe it off. But wiping it off, the paint always creates this movement, just a different way.

“For the ‘Just Girls’, I had this muse. She was a model for a painting class [I took years ago]. I just became obsessed with her, so I painted her and only her for three years straight.

In addition to constantly creating art, Delacruz also owns AP Greenery in Asbury Park. “It’s a flower shop, my happy place,” he said. “When I came back from New York to Asbury Park, I needed to do something more creative. I thought, what is Asbury [not] have, [and realized that] there was no florist in town. [And I said to myself] I can do that, it’s like sculpting flowers… and I’m still here five years later.

As an artist, Delacruz encourages other budding artists to “just do it.” Take that brush, that pencil, and do it and be shameless [about it.] Ask people tough questions; take criticism. The art world is tricky. It’s a company. It’s nifty, so you have to be ready for that too, if you break into it.