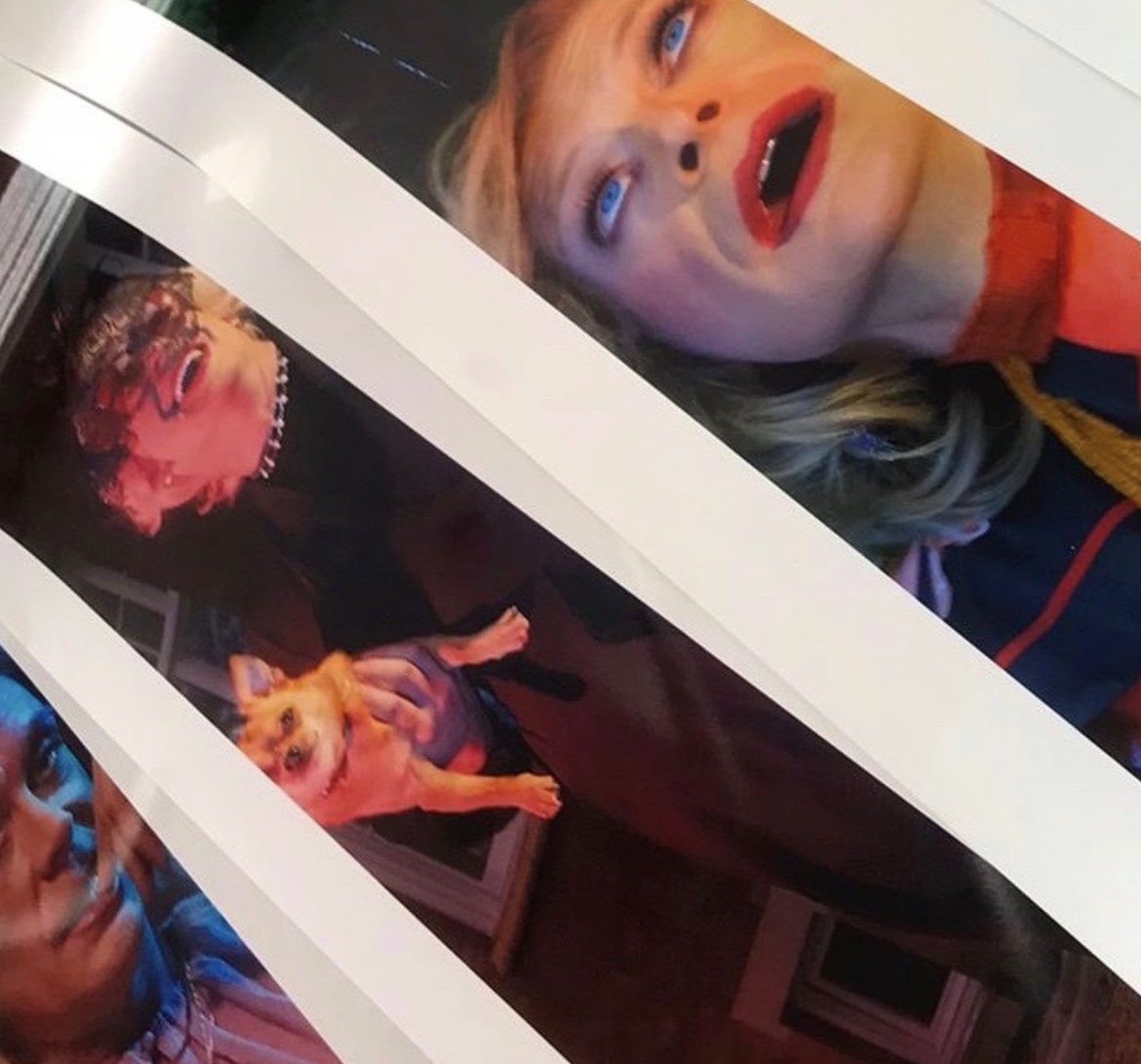 Davis uses many mediums in her practice, including performance and film. At his first exhibition in Burnham in February this year, ‘Dead Reckoning’, he showed sculptures inspired by cardinal buoys used as navigational markers for sailors. Davis, a keen sailor himself, moved to Burnham-on-Crouch from London in 2021 and set up his studio in the picturesque estuary town.

Always looking to work with other creatives, for his second exhibition at Burnham, he teamed up with London photographer Alan Powdrill in this new body of work entitled “Sweet Caroline 1969”. Davis, who identifies as a gay man, is not drawn to drag but wanted to explore the sometimes complex female friendships he has experienced over the years.

Although frozen by the medium of photography, he considers these portraits to be live performances – featuring some of the co-dependent friendships he had with women that often left both parties confused and hurt.

Davis has used Neil Diamond’s tracks in past performances to try to communicate the abject – the complex, the inexpressible, the repressed – so it made sense for him to use them again.
Join Henry Davis at his exhibition “Sweet Caroline (1969)” and watch and hear each of his dramatic creations. Headphones are provided next to the artworks to give visitors a sensory experience of each of the artists’ inventions. Davis will be available throughout the show.