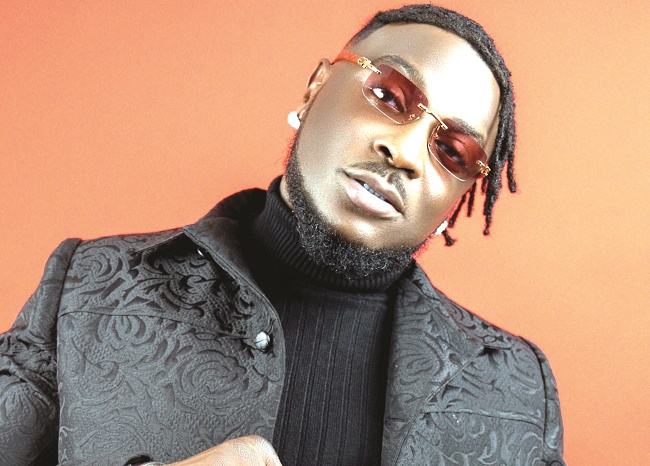 Popular singer, Tobechukwu Victor Okoh popularly known as Peruzzi was charged with breach of contract and was awarded the sum of three million naira and various expenses under false pretense by a lawyer, for not appearing at a wedding to happen after being paid and hotel booked for him and his crew in Uyo.

The lawyer, Ademola Adefolaju, Esq, acting on behalf of his client, Udomah Daniel Idoteyin, further alleged that after breaching the contract, Peruzzi not only failed to repay the money paid into his bank account: Zenith Bank PLC with account number 2213161884, but also blocked all previous communication channels in an attempt to get away with our client’s funds.

“This development is highly inappropriate, unacceptable, disgusting and unpleasant for our client,” the attorney said.

Giving details of the alleged violation, Adefolaju in a letter sent to Peruzzi said that in May 2022, his client, through a show promoter, Oluwatobiloba Sokenu, contacted Peruzzi to engage his services for his ceremony. wedding scheduled for July 23, 2022. , at E3 Event and Banquet Hall, KM. 1, Uyo Village Road, off Wellington Bassey Way, Uyo, Akwa-Ibom State.

And a meeting was then called between Idoteyin, Peruzzi and some members of his management team including Mr. Lawal Oluwafemi, his manager and Mr. Agbeja Olaoye, his photographer was present.

“During the meeting, a sum of N3,000,000.00 (three million naira only) was agreed upon as your fees to be performed at our client’s wedding reception on 23rd July 2022. It was further agreed agreed that our client will be responsible for your flight and hotel booking costs, including those of your manager and photographer.

“Pursuant to the unanimous agreement and to facilitate your arrival in time for the August event, our client has also proceeded with the booking of air tickets for you and certain members of your management team, Mr. Lawal Oluwafemi (Director) and Mr. Agbeja Olaoye (Photographer) through Ibom Air Our client has booked a return ticket (Business Class) for you for N180,000.00 (One Hundred Eighty Thousand Naira ), and also purchased regular class tickets at the cost of 120,000.00 Naira (one hundred and twenty thousand Naira) each, for your manager and photographer.

“Our additional information was that the hotel reservation for two rooms at Monty Suits, Uyo, Akwa-Ibom State, was made by our client for you and your team members to ensure your comfort throughout. your stay in Uyo, Akwa-Ibom State The said hotel reservation for two rooms has been secured by our client at the rate of N65,000.00 (sixty-five thousand naira) per night for two days. ensure the success of the wedding reception, which required your commitment to perform at the event, our client incurred expenses totaling N3,670,000.00 (three million, six hundred and seventy thousand naira).

“However, despite payment of the fees required to ensure your attendance at the wedding reception along with the airline tickets and hotel reservation costs incurred in the process by our client, you have deliberately and without any legal justification, refused to attend the occasion, and thus severed the agreement between our client and your good self,” Adefolaju said in his letter to Peruzzi.

He added that the agreement to occur at our client’s wedding reception which resulted in the payment of the sum of N3,000,000.00 (Three Million Naira) with the additional cost of flight booking and accommodation. hotel, was entered into freely and without any form of threat or coercion.

In view of this, Adefolaju demanded the total sum of N3,670,000.00 (Three Million Six Hundred and Seventy Thousand Naira) to be the total expenses incurred by his client to ensure Peruzzi’s performance at his wedding reception on July 23, 2022, which includes the cost of the aforementioned air tickets and hotel reservations, be reimbursed within seven days of service of the notice addressed to him.

“Please note that if you disregard these words of wisdom by reimbursing the above sum before the expiry of the period stipulated in the preceding paragraph, this notice will lapse and we will have no choice but to seek redress. legal redress for breach of contract and pursuing criminal avenues for the tort of obtaining money under a false pretense, with the resulting negative publicity. We implore you to make hay while the sun is still shining,” he added in his advice to Peruzzi.