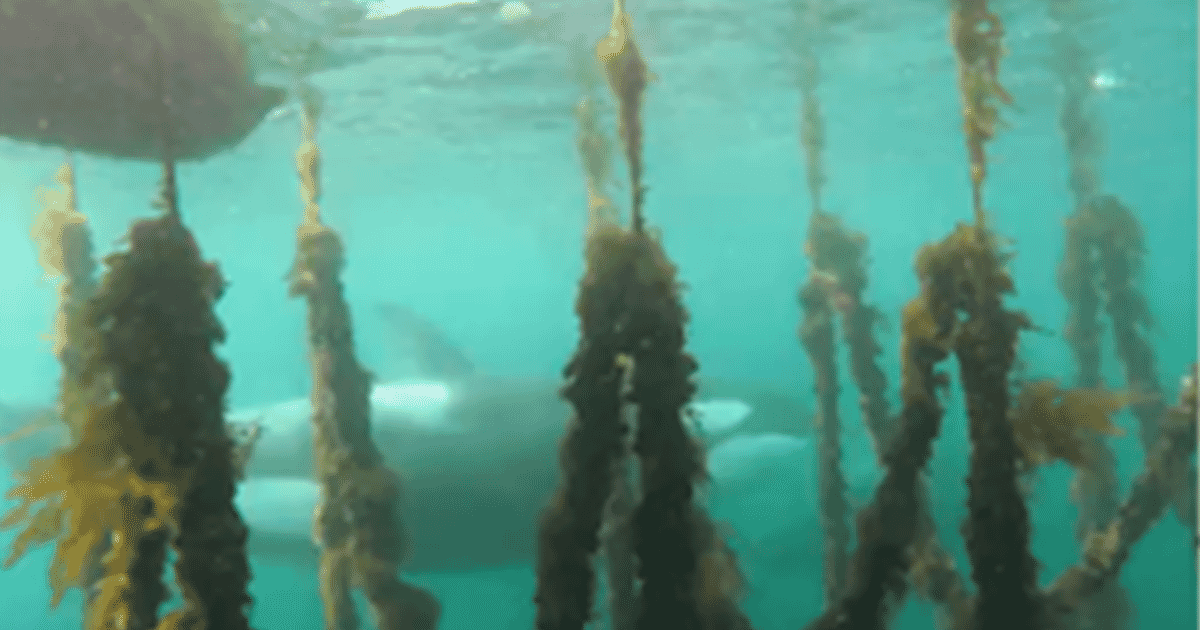 The seal was filmed by local drone pilot Nick McCaffrey, who captured 38 minutes of footage of eight seal-hunting orcas trying to hide between two lines of mussel ropes.

The seal eventually left the safety of the mussel ropes and headed out into open water, where it was quickly captured and dispatched by the orca.

The chase took place on March 6, 2022 at the Grunna Voe mussel farm, in a cove just north of Shetland’s capital, Lerwick.

The images were analyzed by Emily Hague, a PhD student at Heriot-Watt University who studies the impact of human activities – including man-made structures like fish farms and offshore energy developments – on marine mammals.

“Interactions involving man-made structures are rarely, if ever, filmed. This makes these images very special and very insightful from a scientific perspective,” Hague said in a press release.

“It gives us a whole new perspective on how marine life – in this case, two large predators – live with man-made structures in our seas.”

“It is fascinating that these new structures in the marine environment are potentially used by prey to hide from predators. Such interactions may also shed light on potential risks to marine mammals.

“Last year, a young member of this killer group died entangled in a rope and was found on Orkney. If this group spends a lot of time around marine structures, there may be associated risks, such as tangle.

The drone pilot and other wildlife enthusiasts were alerted to the orcas’ arrival by the Shetland Orca Sightings Facebook page and a dedicated Whatsapp group, both run by wildlife photographer and guide Hugh Harrop.

This allowed the drone pilot to plot their route as the whales moved just south of Lerwick towards the mussel farm.

The Hague has published its full findings in the latest edition of aquatic mammals (Number 48.4).