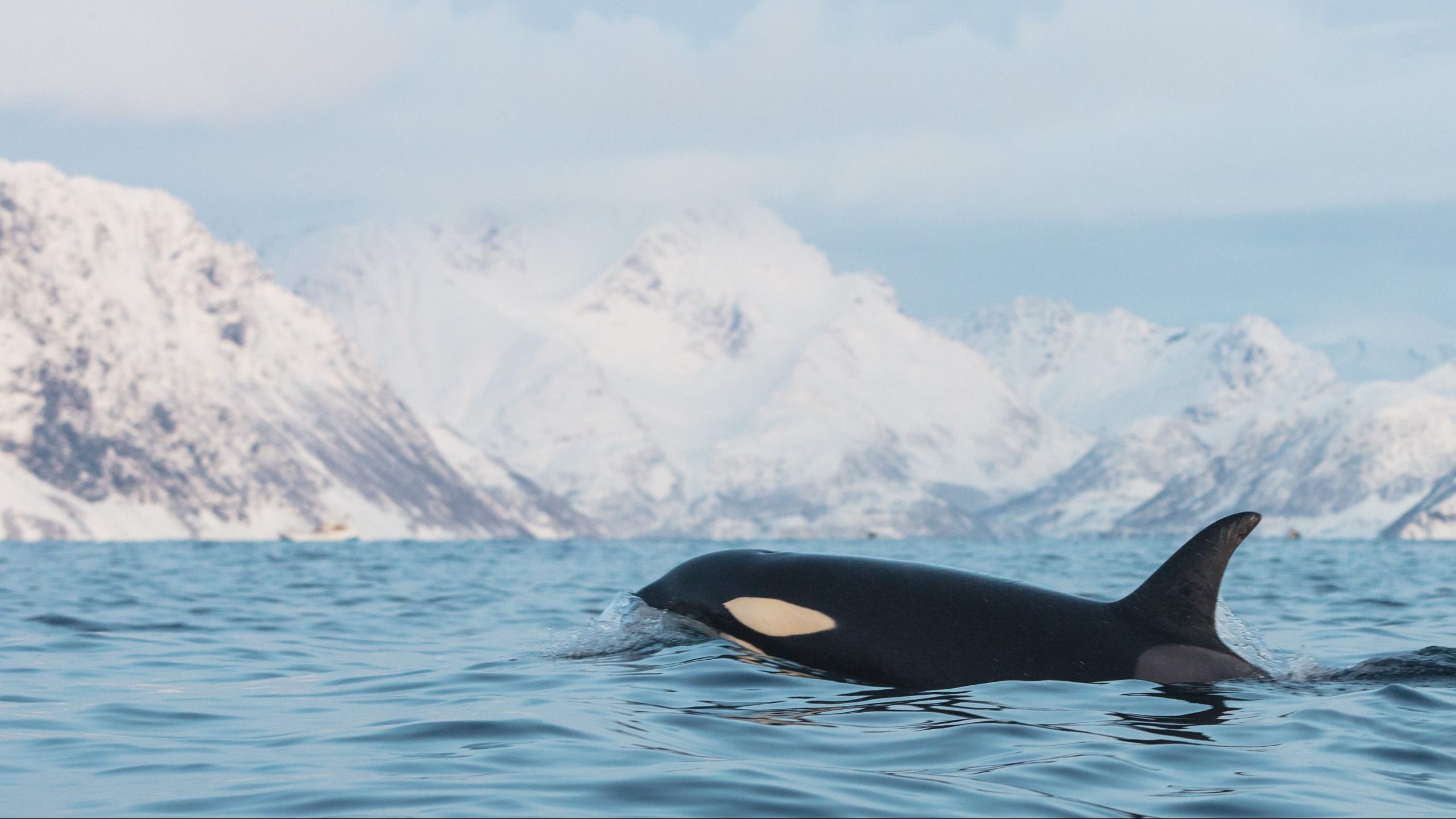 Since 2017, a couple of killer whales have been hunting great white sharks at a staging site in South Africa. In response to this, the sharks moved away from the area en masse, according to a new study.

A new study, published in the African Journal of Marine Science, shed light on great white sharks using their instincts to avoid predation as a long-term group. After a pair of killer whales hunted great white sharks off the coast of South Africa between February and June 2017, large numbers of sharks were driven from their aggregation site, according to the study.

Since 2017, eight white shark carcasses have washed up on the beaches of Gansbaai, in the Western Cape province of South Africa. Some of these carcasses have had their livers and hearts removed – well-known signs of orca predation. Researchers behind the study who analyzed the injuries believe a pair of killer whales with distinctive dorsal fins were behind the attacks, which likely killed more sharks that did not strand themselves on the beaches.

Conducted over five and a half years, the research program tracked 14 sharks when killer whales were present in the Gansbaai area which is a world famous aggregation site. Data showed that they moved away from the site, while visual sightings also decreased significantly during this time.

“Initially, following an orca attack in Gansbaai, the great white sharks did not appear for weeks or months. What we seem to be witnessing however is a large-scale avoidance strategy (rather than small scale), mirroring what we see being used by wild dogs in the Serengeti in Tanzania, in response to the increased presence of lions. The more killer whales frequent these sites, the longer the great white sharks stay away,” said commented lead author Alison Towner.

She added: “The research is particularly important because by determining how large marine predators respond to risk, we can understand the dynamics of coexistence with other predator communities; and these dynamics can also dictate the interactions between competitors or the intra-guild predator/prey relationship.

This exodus of great white sharks to the Gansbaai area has other implications for the slowly changing ecosystem. According to the research team, a new predator has settled in the area: the bronze whaler shark.

Towner explains: “Balance is crucial in marine ecosystems. For example, in the absence of great white sharks limiting the behavior of Cape fur seals, seals may precede critically endangered African penguins or compete for the small pelagic fish they eat. This is a top down impact, we also have ‘bottom up’ trophic pressures from the extensive removal of abalone, which graze on the kelp forests through which these species are all connected. To put it simply, although this is a hypothesis for now, the pressure an ecosystem can sustain is limited, and the impacts of orcas killing sharks are likely much more widespread.

The exact reason for predation by great white sharks is still unclear and there are several options for why shark numbers are declining in the region, including higher sea surface temperatures, lower prey due to fishing and direct fishing for great white sharks.

For sharks already facing population pressures in South Africa, however, killer whale predation could be a big problem. Towner says, “Orcas target subadult great white sharks, which may further impact an already vulnerable shark population due to their slow growth and late-maturing life history strategy. Increased vigilance using citizen science (e.g. fisher reports, tourist vessels), as well as continued tracking studies, will help collect more information on how these predations may have an impact on the long-term ecological balance in these complex coastal seascapes.

To learn more about our Ocean Newsroom, Click here.
Photograph courtesy of Unsplash.

Finding Love from Studio 1A at Rockefeller Plaza

Morden-born artist and writer Celia Rabinovitch tells the story of the town of the 1920s and 1930s in an exhibit at the Manitoba Museum - PembinaValleyOnline.com