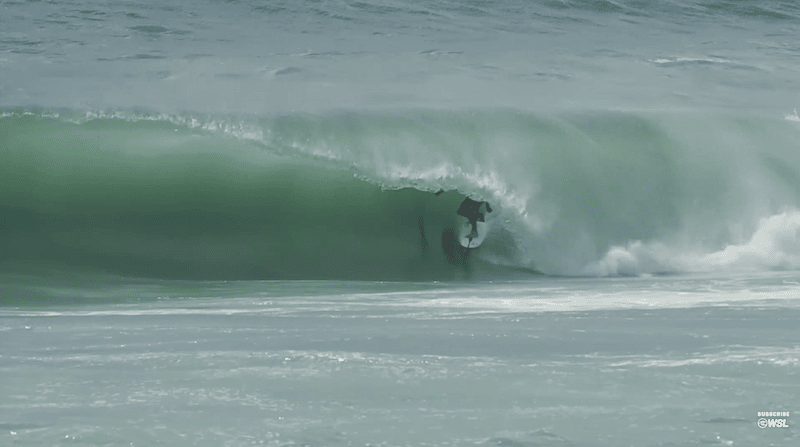 In this one, the fourth episode of the eleven-part docuseries Kelly Slater: Lost Tapes, which follows his master’s misfortunes during the 2019 tour, we land in Margaret River, an area renowned for its Great White attacks.

The previous year, two hits on surfers by Great Whites about a click away from the contest spoiled the Margaret River experience of world champions Gabriel Medina and Italo Ferreira.

Gabriel told his six million Instagram followers: “Today they had two shark attacks on a beach close to where we are competing. I don’t feel safe training and competing in this kind of place, whenever something can happen to one of us.

Italo wrote: “Two shark attacks in less than 24 hours here in Australia, just a few miles from the location of the event. Very dangerous don’t you think? even so, they still insist on doing stages where the risk of having this type of accident is 90%, so I ask: isn’t the safety of the athletes a priority? We have already had several alerts. Life goes beyond! I hope this won’t happen to any of us. I don’t feel comfortable training and competing in places like this!

(In 2020, a surfer in his twenties would be struck by a “fifteen-foot” great white shark at Bunker Bay, an impossibly pretty crescent of white sand and green water almost at the tip of Cape Naturaliste, just north of Margaret River.)

Anyway, Slater’s in Margaret River, gets smoked by John John and Jaddy in its first run, rises to levels not seen, at least in recent years, to win the next two runs, but loses to killer of giants Caio Ibelli.

After banging his head several times on the plastic windshield of his rental car, causing blood to flow, he jokes about blood in the water and sharks.

“It’s so shady that we don’t even have the right to talk about it or the WSL gets mad at us!”

Slater throws a piece of bloody skin over the water.