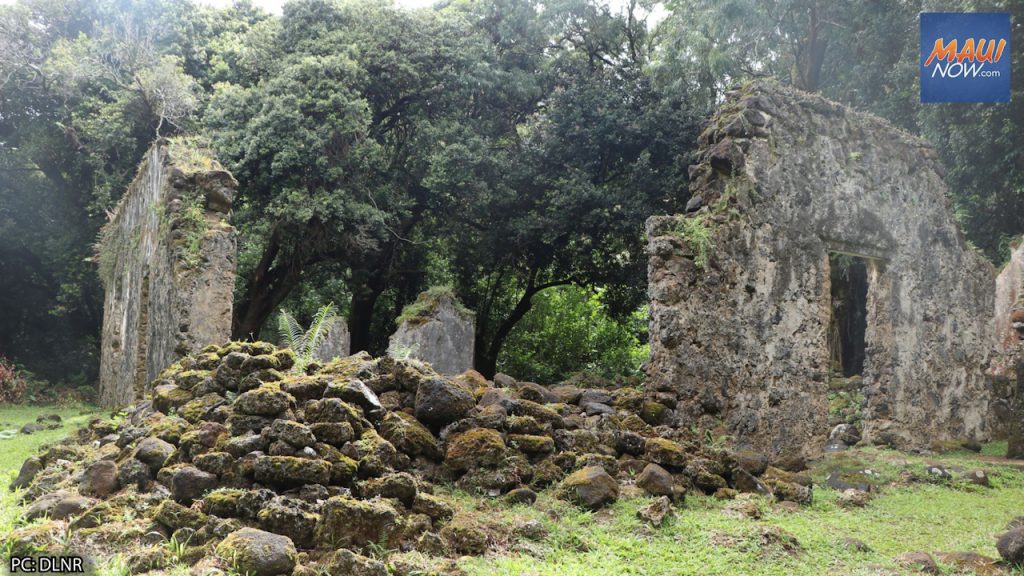 KaniakapÅ«pÅ«, the summer palace of King Kamehameha III, sits in a restricted watershed in a densely forested part of NuÊ»uanu on the island of OÊ»ahu. The site is closed to people except Native Hawaiian cultural practitioners or authorized custodians.

But state Department of Lands and Natural Resources officials say, â€œIt remains irresistible to visitors entering the site. Signs at the ruins inform hikers of the closure, but web searches contradict the warnings. Many travel blogs feature the site as a fun day hike, and photographers document themselves standing on the ruins and breaking the law.

A new virtual tour provided by DLNR’s Forestry and Wildlife Division aims to counter misinformation online while giving interested users a chance to learn about the site in a safe, legal and respectful way.

Now available on the DLNR website, the tour uses a series of navigable 360Ëš images combined with audio collected from the site. It also features historical photos and an oral history provided by a local expert. Dr. Baron Ching, who heads the non-profit stewardship group Ê»Ahahui MÄlama O KaniakapÅ«pÅ«.

In the videos, Dr. Ching discusses the cultural and historical significance of KaniakapÅ«pÅ«, including its distinction as the site where King Kamehameha III drafted the 1839 Bill of Rights and the first constitution of the Kingdom of Hawaii in 1840. KaniakapÅ«pÅ« also hosted huge LÄ HoÊ»ihoÊ»i Ea celebrations, the day of restoration after the short-lived British occupation of HawaiÊ»i in 1843.

“In the past, we tried to protect KaniakapÅ«pÅ« by not putting information about it online, thinking that anything we put out would only make people more likely to go there,” said Ryan Keala Ishima Peralta , a DOFAW forest protection supervisor in a department. Press release. “It didn’t work because misinformation is already online with directions and photos. Now we want to protect KaniakapÅ«pÅ« by putting our information first. We would like people to learn more about this site and the first thing we want them to learn online, which is why it’s closed and why it deserves protection and respect.

The virtual tour offers official information on the closure of the site and the legal possibilities of access. People who are not practitioners but want to help can contact Ê»Ahahui MÄlama O KaniakapÅ«pÅ« to sign up for volunteer days to remove weeds growing near the ruins. All other potential visitors seeking directions or information online are advised that access is prohibited and may be fined up to $10,000 for damage to the site.

Much of the information on the new DLNR webpage is aimed at photographers, who have posted photos of themselves standing on the nearly 200-year-old ruins or even inside the window of the king’s chamber. Kamehameha III.

The website provides a social media shareable badge proclaiming “I helped protect KaniakapÅ«pu by going virtual” and giving instructions for the new tour. The website even offers an option to create a “virtual selfie” where users can overlay a photo of themselves on the social media badge, as an alternative to taking a selfie on the site in person.

By encouraging users to share their badges on social media with the hashtag “#kaniakapupu”, DLNR hopes that when potential visitors search for information online, they will find the virtual tour rather than just finding inaccurate information.