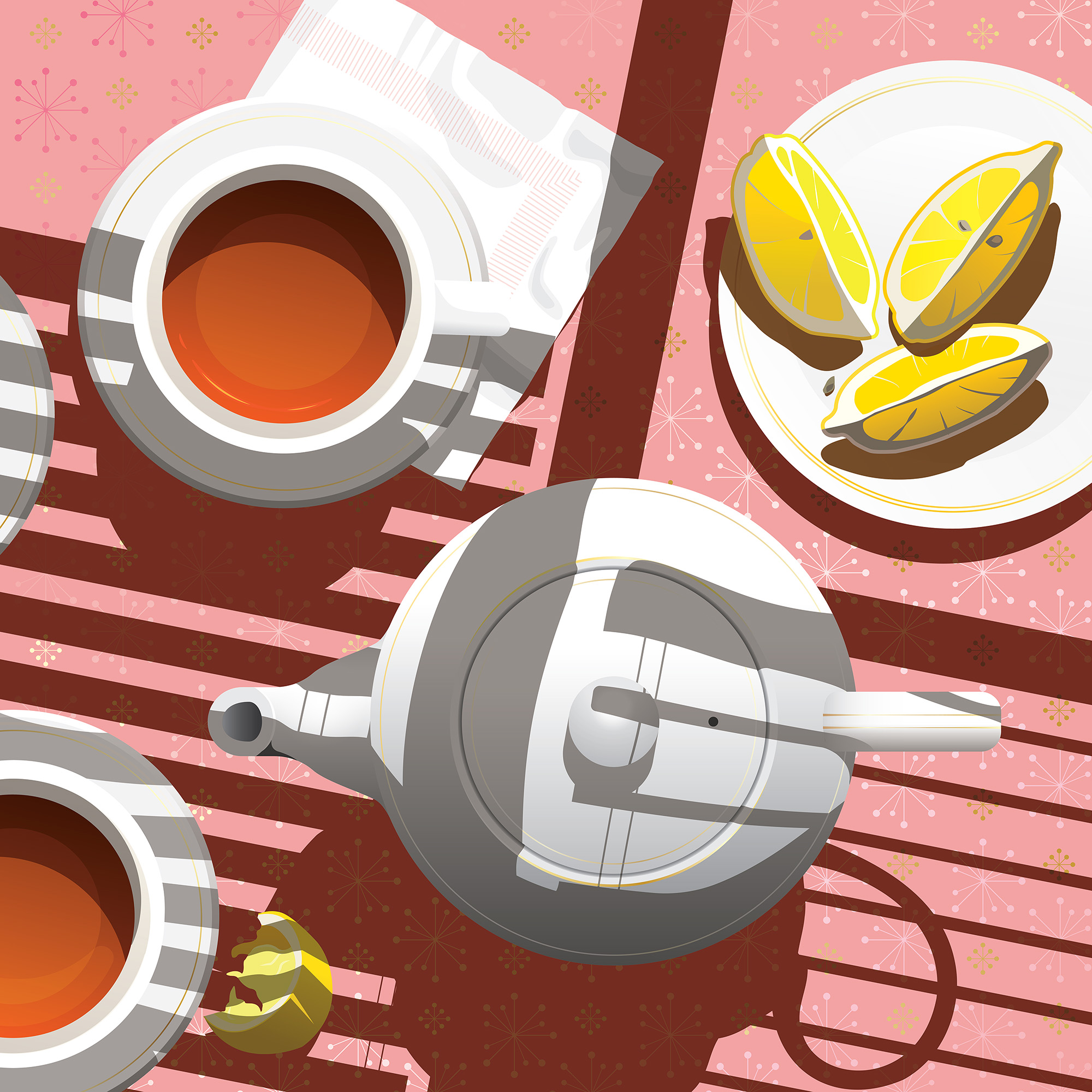 Pete Morelewicz’s modus operandi is advice he received from an illustrator years ago: “Between the sketch and the finale, you have to leave room for jazz.”
Today, Morelewicz is one of three artists who operate Print Jazz, a LibertyTown studio that produces many of the posters, logos, and even fonts found around Fredericksburg. Some of Print Jazz’s most recognizable works include Fredericksburg Food Co-op’s “sunny hug” mural, an entire wall of Blue Cow Ice Cream Co., and the all-material design of Downtown Greens.

As their name suggests, Morelewicz and his “colleagues” – a pair of lazy cats named Graham and Emerson – weave “making room for jazz” into all of their work. For Morelewicz, this means being ready to change or abandon the concept of a piece if necessary: ​​”I try not to be too dominated by what I have a priori on what I have sketched, so I don’t know where [the piece] will eventually go. It’s the most fun [that way].” Cats, for their part, create “jazz” by bringing their paw prints to its drying bits.
Morelewicz’s mother prompted his artistic career. She worked as a commercial calligrapher and used to create her designs at the kitchen table of her childhood home; he remembers sitting across from her as a child, working as diligently on his pencil drawings as she did on her work. When he felt she wasn’t paying him as much attention as he deserved, he banged the table, making her hand jump – “I was a snotty brat,” he said. Despite her most valiant efforts, she refused to leave a “spoiled” room. “She would always recover and put on a little swoop or make a little flower out of it. She was ‘the jazz’ – she showed me jazz.
With the wisdom and encouragement of his mother in hand, he pursued studies in architecture, but not so much out of a passion for architecture itself as because he saw it as a means by which he could find employment. reliably while continuing to make art in one form or another. . “I really liked the ‘designing things’ part more than the ‘building things’ part.” He spent the first two decades of his career working as an art director for various DC-area magazines and businesses, commissioning art more often than he created, and worked for several years at a think tank , for which he created infographics, maps, and book designs.
It was through his wife’s acceptance of a job at the University of Mary Washington that Morelewicz moved to Fredericksburg and decided to strike out on his own as a freelance artist in 2016. He began to learning about his new home by incorporating it into his art: “There’s this trope about artists being inspired locally and by what’s closest to them, and it was true. Many of his projects are directly inspired by his new home: Cellophane Dreams is an imagining of what the Sylvania cellophane factory looked like in its heyday, Darbytown is a study of his neighborhood landmarks, and Fauxstage Stamps is a collection of illustrations of Fredericksburg’s Best and Worst Attributes.
Although unfamiliar with Fredericksburg’s art culture before the move, Morelewicz was pleasantly surprised to find a “super supportive” community in which to begin this new chapter. “The artists [here] are generous, welcoming, helpful, supportive… [and] I find that the shops, restaurants and bars are very receptive to local art. Having patrons like that is as important, I think, as other artists.
“Being able to be kind of embraced in this existing atmosphere was awesome. I encourage anyone who wants to be an artist to come here because, my god, it’s super welcoming. Do it here rather than in Richmond or DC »
Among the most receptive local businesses is Sunken Well Tavern, which has hosted several Morelewicz shows over the years and will perform yet another show, Calm Chaos, starting March 10. He describes the Calm Chaos collection as containing “a kind of visual frenzy, but a sense of mental calm”. Each piece imbues a fairly mundane scene with awe, using the interplay of light and shadow on various textures to engage the scene beyond the edge of the canvas. “You don’t see the window, you don’t see the blinds,” he said of one room, “but you see the pattern of sunlight, so you know it’s there.” Another piece suggests the presence of a photographer not by showing them but by including lens flare.
Such details embody ‘jazz’. “It wasn’t in the original image,” Morelewicz says of the lens flare, “But it’s something I felt I had to try, so I’ll give it a try. As Bob Ross tells you , it’s your world: you do what you want.