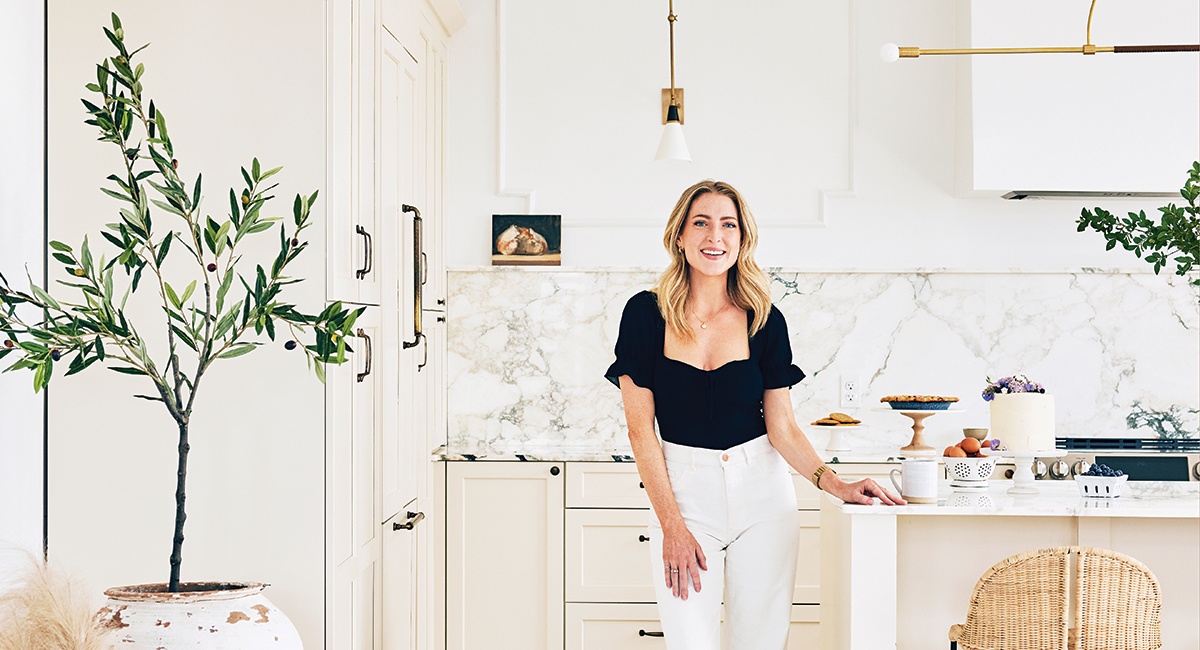 Boston-based food blogger Sarah Crawford is creating her dream studio in South Boston with the help of Rebel Builders.

Sign up for our weekly Homes & Properties newsletter, featuring homes for sale, neighborhood events and more.

Sarah Crawford’s baking blog, Broma Bakery, has started little. As a student in 2010, she developed the blog as a creative outlet that showcased classic dessert and baking recipes with unique twists. Gradually, Crawford’s talent for food photography shone through and people fell in love with his treats. She now has an Instagram following that is approaching 500K.

As of 2021, Crawford’s operations were continuously expanding; the blogger realized that working from home was no longer enough. She needed more space to produce content. Crawford quickly signed a lease on a former clothing warehouse in South Boston. “I could see it would be perfect immediately. The space has these giant windows, and everything was white. As a photographer, I need a softbox, and that’s exactly what it is.

“It was a marriage of residential and commercial. It was a project that had to touch on several points,” explains Pauro.[Sarah] knows how to photograph and cook. She knows her brand. She knows her aesthetic. She let me organize her ideas and we had a really good decision-making process. 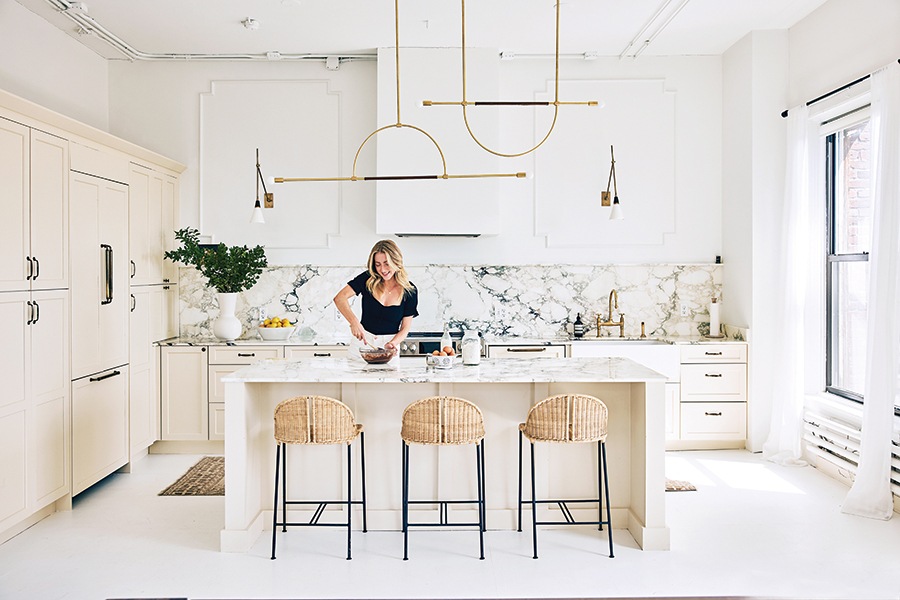 Crawford wanted an artistic and unconventional feel for the marble countertops. After several scouting trips to Boston-area stone dealers, Crawford came away feeling the selections were too conservative. “So I took a trip to New York and finally found this Calacatta Monet marble that I loved,” she says. “Rebel was so great about it. We did things like that, where we got off the beaten track. ABC Stone marble, which has a nice combination of neutral whites, grays and beiges with deep purple and green veining, was also used for the kitchen backsplash.

A cohesive and intentional color palette of milky whites, grays and beiges was key to the studio’s “zen and balance”. In order to achieve both a light neutral background and a warm atmosphere, “Ivory Porcelain” by Benjamin Moore was used for the cabinets and “Pure White” by Sherwin-Williams for the walls. “When you’re in the space with that natural light everywhere, you feel very uplifted,” Pauro says. 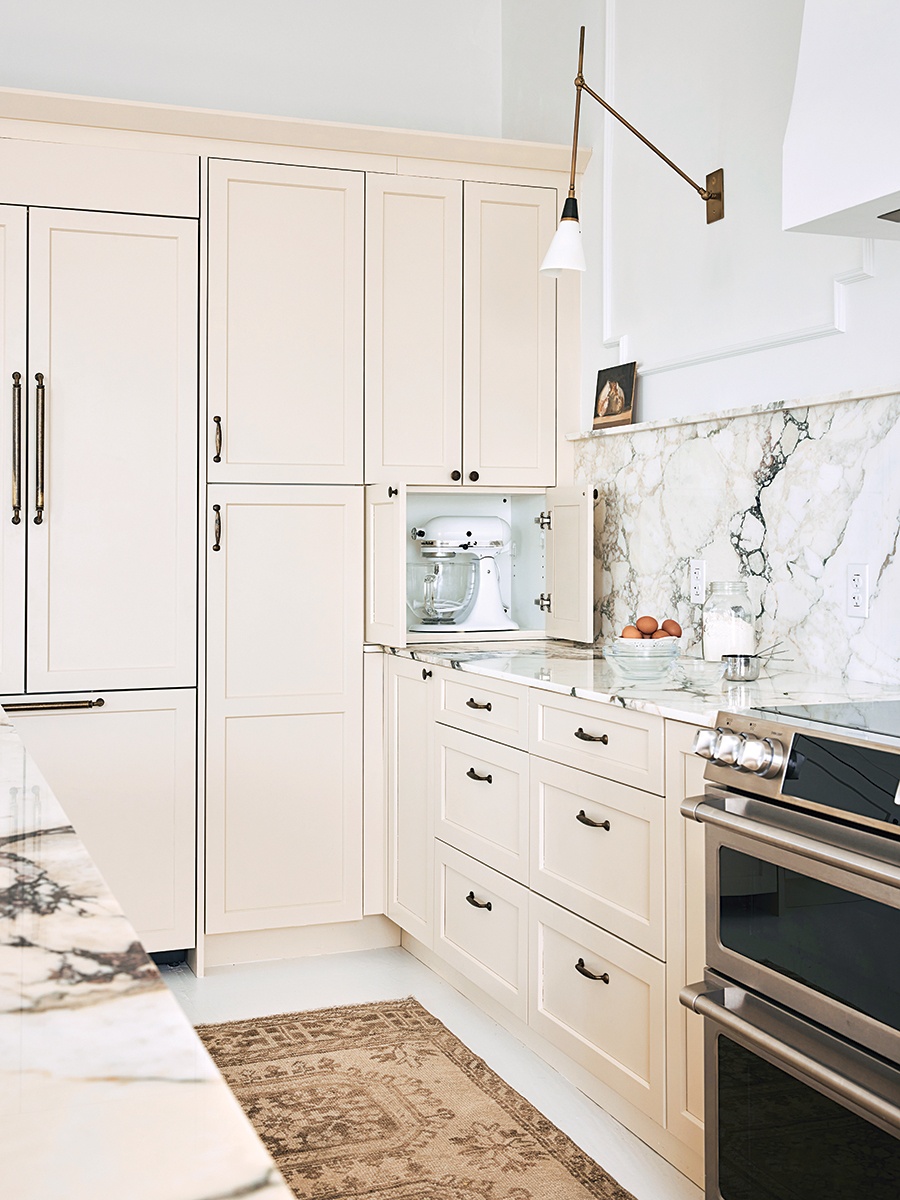 Since the construction deadline was tight, Crawford had to make some concessions, including the use of pre-engineered cabinets made to specifications versus custom cabinets. “We just made sure to choose really special fixtures and finishes,” says Crawford, who selected smaller manufacturers for many items, resulting in better lead times.

Subtle moments of wow are created with elements such as the Katy Skelton brass linear fixtures above the island, which provide an attractive juxtaposition with the industrial elements of the space. Crawford chose the farmhouse-style fireclay sink because it felt more architectural and elegant than similar models. Vol Kitchens’ antique brass faucet is a beautiful combination of “modern sensibilities and European design,” says Crawford.

Crawford and her team are able to do twice as much work in the studio as they were able to do at home. “The space has made our job so much easier. It’s really like a pinch moment to come to work every day,” Crawford says. “It’s luxurious, but it’s also intimate, which is the exact balance we were trying to strike.” 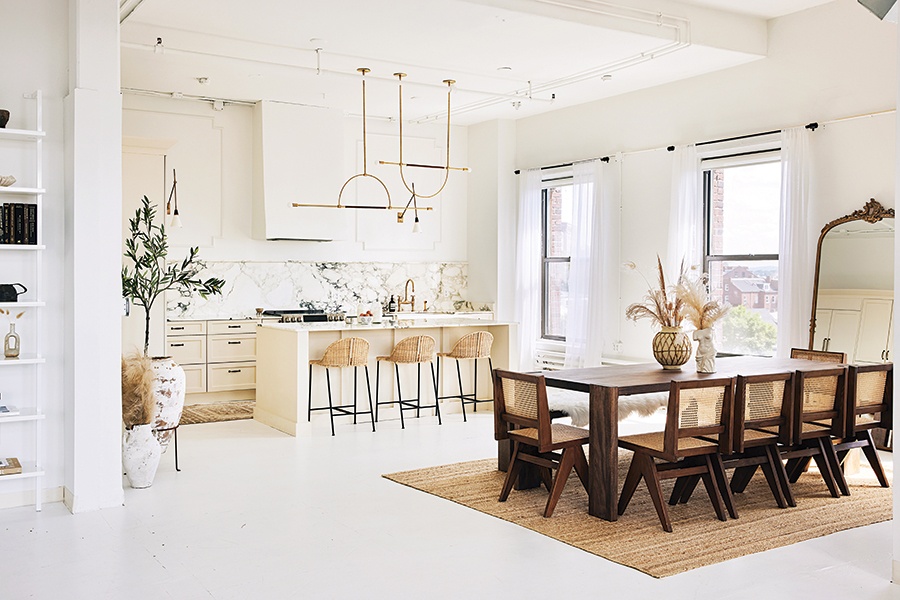 The artist who makes "jewelry for giants"