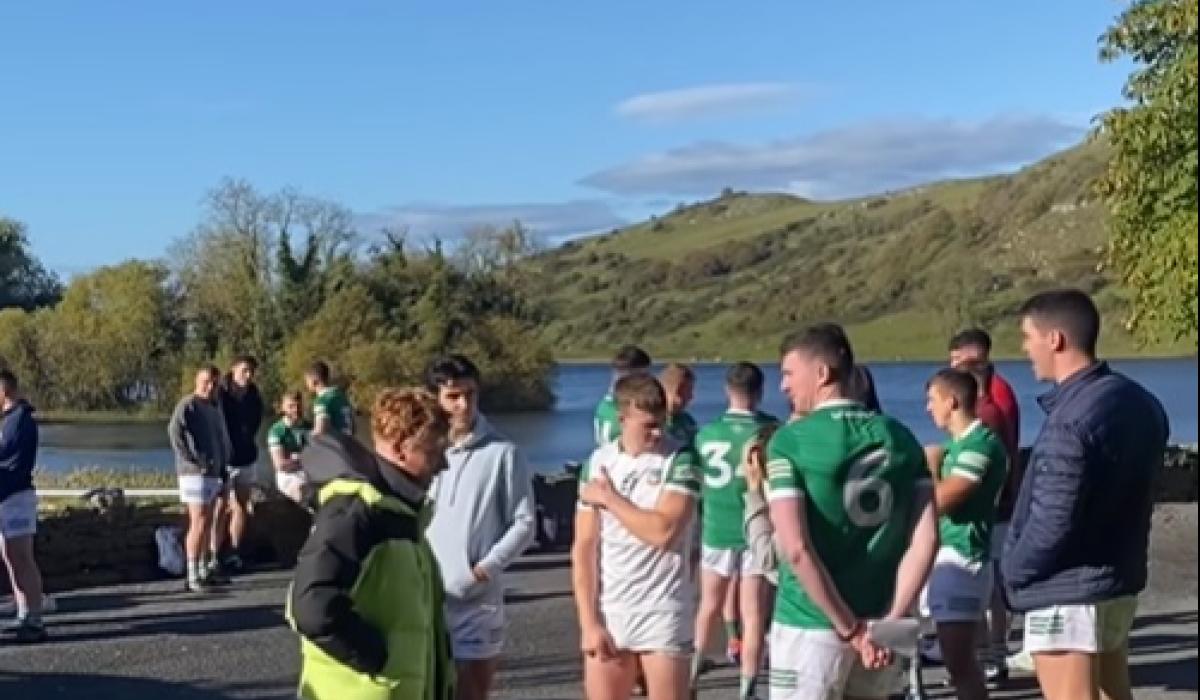 HUMANS have lived on Lough Gur since Neolithic times and on Saturday a band of Limerick’s mightiest warriors descended on the ancient site.

Under clear blue skies and a bright autumn sun, the Limerick pitchers gathered at the edge of the lake where they took to the skies in their county colours.

However, they could leave their hurleys at home as it wasn’t a clash from the ashes – it was a photo op for their fourth official team photo to mark their All-Ireland wins. And historic Lough Gur was the perfect location as this team will go down in history.

The team and management gathered for the photo against the beautiful lake and hillside backdrop of Knockadoon.

The man with the camera was award-winning photographer Diarmuid Greene of Pallasgreen. Diarmuid has now taken all four photos of the Limerick All-Ireland winning team. Previous incarnations were filmed at Adare Manor, Gaelic Grounds and Shannon Rowing Club with King John’s Castle as the backdrop.

Lough Gur was delighted to host the champions from all over Ireland on a perfect day for filming.

“What an honor to have the Limerick Hurling Team at Lough Gur today for their official photo,” visitloughgur posted on his Instagram account along with a video montage of the guys mingling during filming. Sweet Disposition from The Temper Trap – a song about the innocence of youth – accompanied the reel.

“Superstar athletes and really decent guys too. Thank you for choosing Lough Gur,” the post concluded.

The Limerick team photograph is expected to go on sale in the coming weeks.

Hopefully the panel will be back in a year for a photo shoot at a scenic new location in County Limerick!