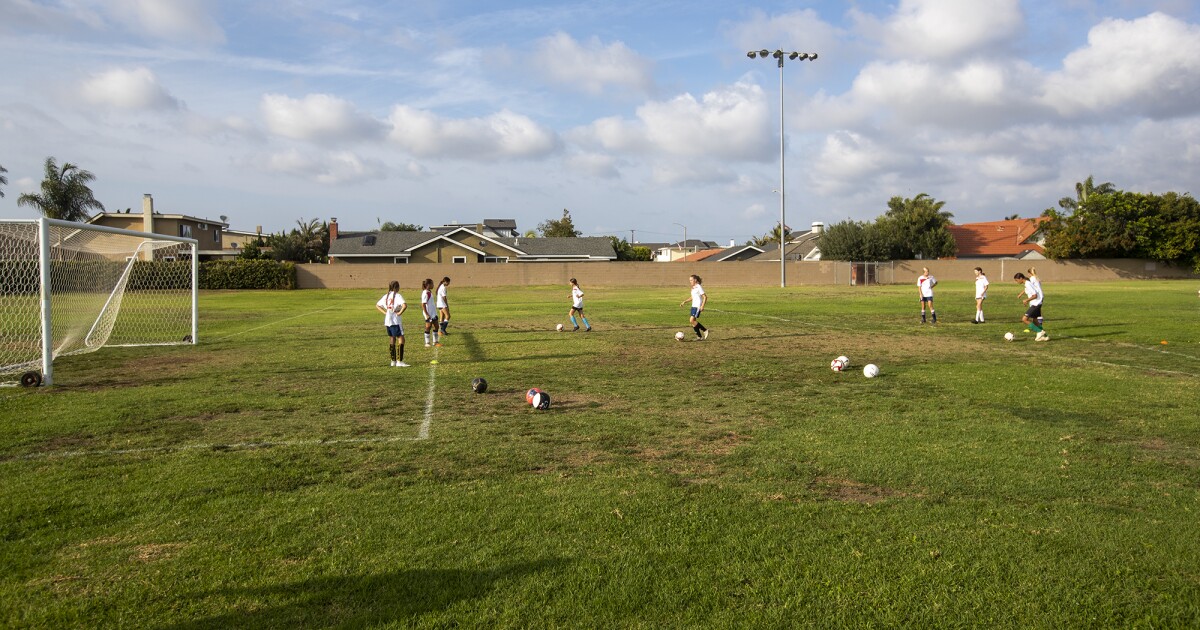 Both schools have since been closed and the Huntington Beach City School District is in the process of selling the property to Brookfield Homes, which plans to build an 85-unit residential property on the 13.9-acre property at 21141 Strathmoor Lane. The deal, which would create two-story single-family residences and bring the district $ 42 million, is in receivership.

Coaches, administrators and players from AYSO Area 56, which serves southern Huntington Beach, showed up to the chambers to protest the decision. The site is currently home to the only two full-size, lighted soccer fields in the area.

But Brookfield has vowed to sweeten the deal for the area, pledging $ 500,000 – double the $ 250,000 originally offered – to find another site with lights. City manager Oliver Chi said the money should be paid to the city before building permits are issued.

Replacement courts could be installed near Edison Park, which is currently undergoing renovations and recently installed a temporary skate park.

“There are options here with the city, and we’re really excited about those options because we already started going down this route earlier this year,” said Mayor Kim Carr. “Having AYSO in this discussion, in regards to creating these lighted fields in Edison Park, really seems like the natural solution to me. But in the short term, we have opportunities to continue to work with the school district and find other areas, to make sure these kids have a place as soon as Gisler becomes unavailable.

“We all have to be in the same boat. We have to work with AYSO, the school district, the city, because at the end of the day we want what is best for the community and for our children.

Gisler Middle School operated on the site from 1973 to 1986, followed by Brethren Christian from 2001 to 2019. In October of that year, the Huntington Beach School District Board of Trustees passed a resolution declaring the school property. surplus with the intention of selling.

The district plans to use the money from the sale to upgrade Sowers Middle School and pay off some of the long-term debt. District Superintendent Leisa Winston said in an email to City Council that HBCSD continues to work closely with Brookfield, AYSO and city staff to determine other sites for the lighted fields.

Among the District 56 coaches voicing concerns was Chris Kluwe, who played football at Los Alamitos High and UCLA and was an NFL punter from 2005 to 2013. Kluwe, who said he made his debut in the AYSO football, was surrounded by its “Extra” team for girls under 12 years old.

“The thing I have to tell my kids every workout is, ‘watch out for the semen holes,’” he said. “It’s a miracle we haven’t had a broken ankle yet. We need not only fields, but quality fields.

Ann McCarthy, the District 56 commissioner, told council the Gisler Fields are affected as there is less and less daylight available. She asked for “concrete assurance” from the city that she would help replace full-size lighting and fields.

“I believe in building communities in Huntington Beach, and I think additional housing can be positive,” she said. “But I am a firm believer in Area 56 and other youth sports programs. I believe that recreation spaces and programs like AYSO are an essential part of what has made this region such a great community, and there should be a concerted effort to ensure that they are not lost.