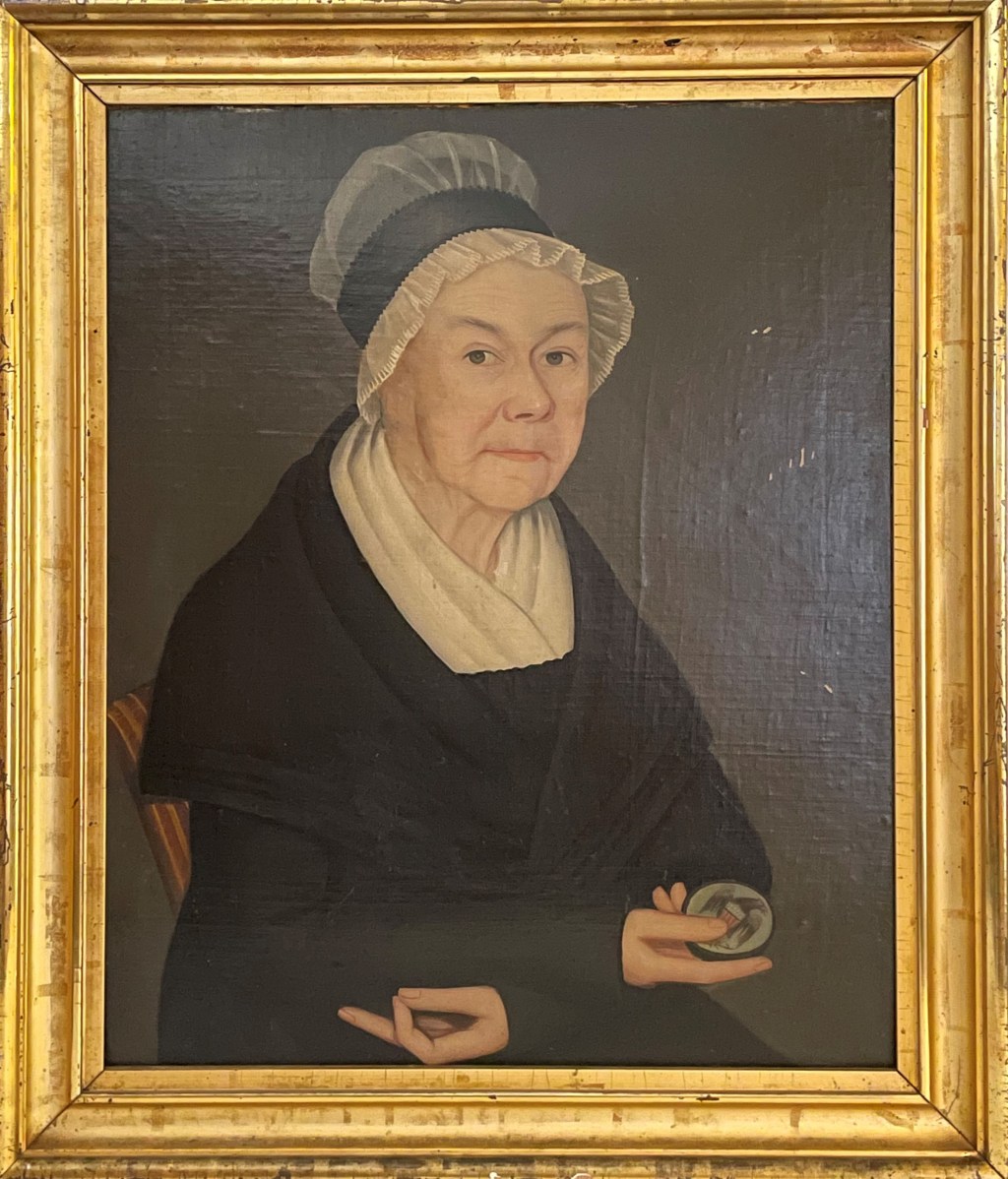 NEW PALTZ, NY â€” Two 19th-century paintings stolen from historic Huguenot Street 50 years ago have returned to the historic site thanks to research by a staff member and board of directors, the historic site announced.

Historic Huguenot Street said in an announcement Friday that the paintings, by 19th-century folk portrait painter Ammi Phillips, had been returned by the Federal Bureau of Investigations.

The paintings were stolen on February 16, 1972 while on display at the Ezekiel Elting (or LeFevre) house on Huguenot Street. The paintings were recently returned by the FBI’s New York Art Crime Team, the historic site said in a press release.

The historic site will offer a special program on Sunday, June 26 at 2 p.m. chronicling the history of the flight and the work of Historic Huguenot Street Administrator Carol Johnson and Historic Site Director of Conservation and Preservation Affairs Josephine Bloodgood. , to recover the paintings.

The paintings were discovered by investigators at the home of a collector outside of New York state who had purchased them at auction unaware of the theft and their true ownership, the site said. The collector contacted Historic Huguenot Street Board Chair Mary Etta Schneider and expressed support for the paintings’ return and they were returned to Historic Huguenot Street, according to the announcement.

“We are extremely grateful to the FBI for their important work in locating the paintings and to the collector who so willingly returned them to us,” Schneider said in a prepared statement.

The Historic Huguenot Street ad said that while few people remember the burglary today, it was widely publicized at the time, and beyond the paintings, the thieves behind the robbery also took away silver, ceramic coins, swords and guns.

The statement said most of the other items were recovered within months, but the location of the paintings remained a mystery for half a century.

But that started to change in 2020, when Johnson told Bloodgood about the paintings and the two started comparing file information.

Eventually, in their search, they discovered the two paintings pictured in a recent online catalog of Ammi Phillips’ work, according to the statement.

“In the catalog, the subjects depicted were listed as ‘unidentified,’ but the likenesses and other details of the paintings matched those seen in photographs of Wynkoop’s portraits stolen from HHS,” the statement said.

The catalog revealed that the paintings had been auctioned off at Sotheby’s in New York in 2005, the statement said.

After discussing her findings with the historic site’s board of trustees, Bloodgood contacted the FBI’s New York Art Crime team and shared all the information Johnson, she, and other Huguenot Street personnel had gathered. . The FBI worked with the U.S. Attorney’s Office to obtain court orders and authorities located the paintings after a year-and-a-half-long investigation, the statement said.

“The work of Carol Johnson and Josephine Bloodgood laid the foundation for this important recovery,” Schneider said in a prepared statement. “It really was an amazing collaboration from everyone involved.”

To register, go to https://www.huguenotstreet.org/calendar-of-events.

British prisoners of war sentenced to death by Donetsk court