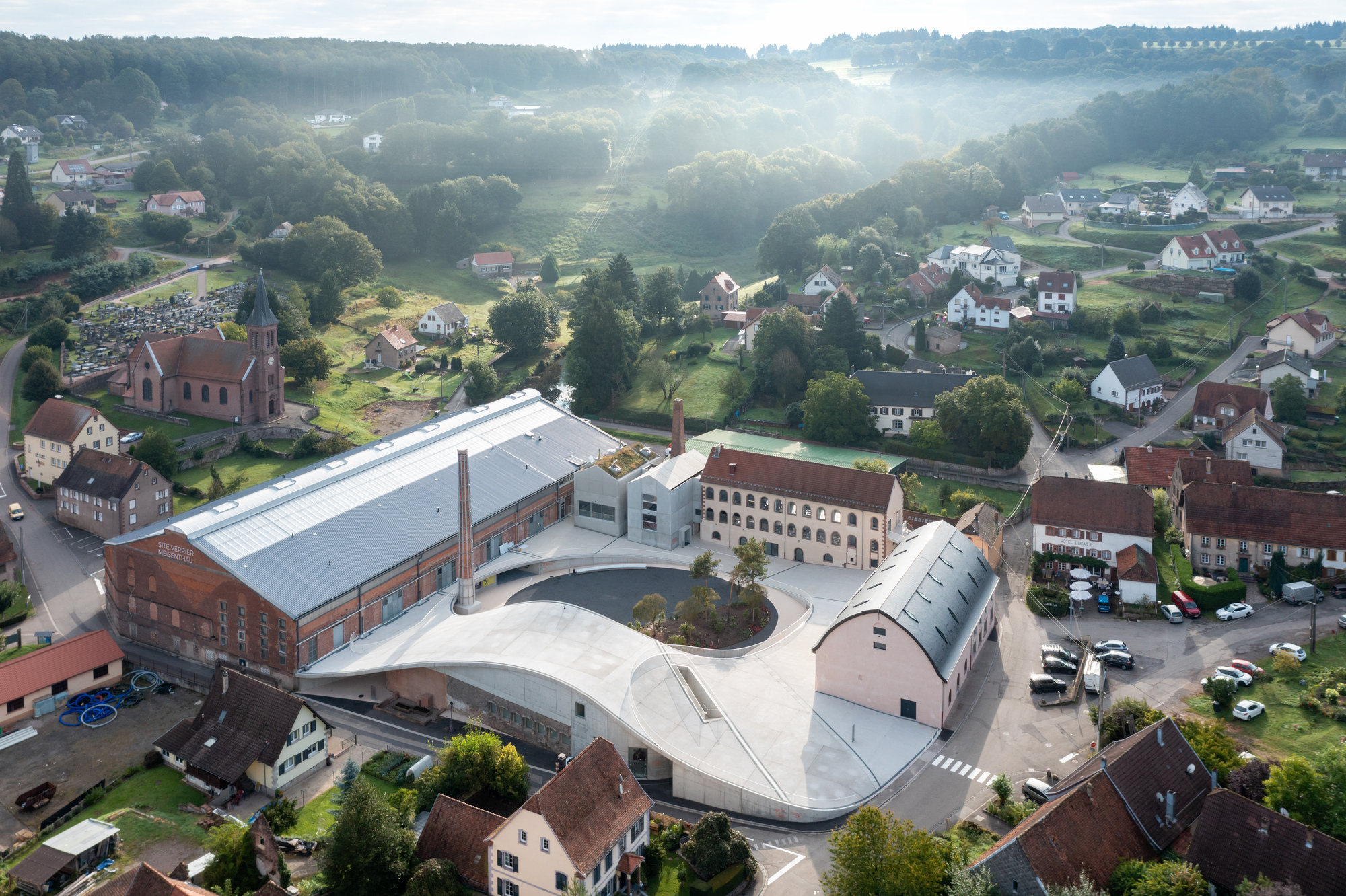 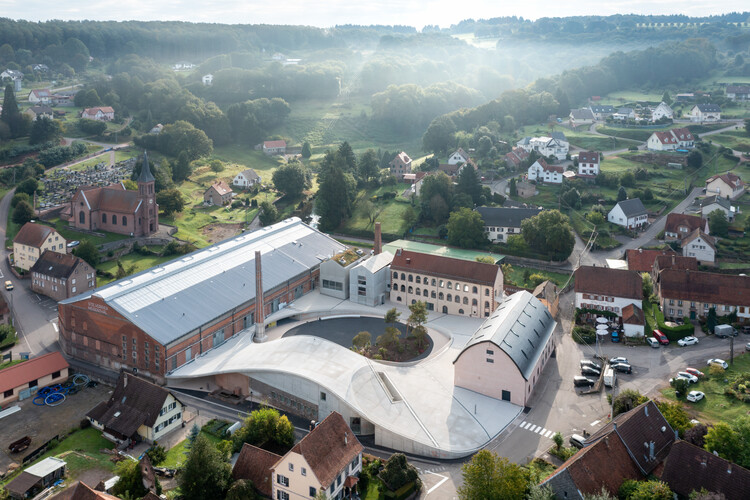 Text description provided by the architects. Hidden in the bucolic landscape of the Parc Naturel des Vosges du Nord, the Site Verrier de Meisenthal is an active state-funded cultural center in a historic glass factory dating from the 18th century.

Three independent but interdependent institutions: the glass museum (Musée du Verre et du cristal), a living memory retracing the history of glass on the site; the CIAV (Centre International d’Art Verrier) – an international glass art center where traditional craftsmanship meets contemporary practices; and the Cadhame (Halle verrière) – a multidisciplinary cultural space hosting art installations, happenings and concerts are located on different ground levels. Our intervention brings them together to define a contemporary institutional identity in dialogue with an industrial heritage.

An undulating cast-in-place concrete surface alludes to the production of glass by uniting the buildings. The surface functions as a roof, a ceiling and a wall, connecting the ground floors of the buildings to frame a public plaza. New functions are sensitively introduced below and on this surface, including offices, workshops, a café and a restaurant.

The building’s existing functions are reimagined and expanded: the factory hall features a new entrance over a previously unused basement and a 500-seat black box theater that can be reconfigured into a theater with standing room for 700 or open as a concert hall for 3,000 people. .

The new public space reinforces the civic awareness of the historic site and also introduces a very flexible venue for open-air theater, concerts and seasonal festivities.