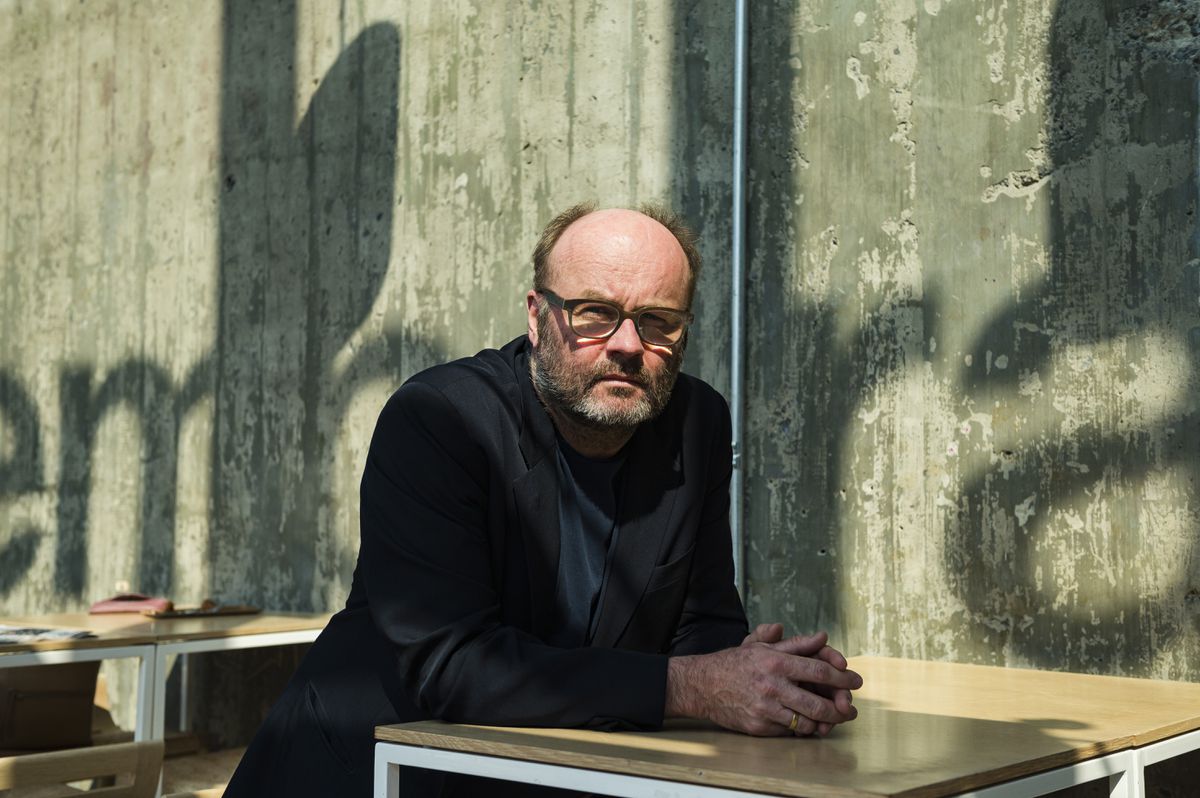 They opened a new karaoke bar in the lobby of the Museum of Contemporary Art in Toronto. It’s a tiny place – a pint-sized plywood shack where maybe three drinkers could squeeze in for a beer and a song – but its origin story is a long, winding one. The small structure is just the latest manifestation of a decade-long art project by German artist Thomas Demand, a collaboration that includes a series of rehearsals and reproductions as large as a hall of mirrors or a Russian doll. .

The Berlin artist, who is presenting recent work at MOCA today under the title House of Card, is well known for his representations of built spaces and his fascination with paper models. Turning between the real and the represented, he photographed models of architects, transforming these miniature structures into large abstractions, and recreated rooms or buildings with his own small models or large photographs.

He first encountered what would become the karaoke bar in the Japanese steel town of Kitakyushu, where he was artist-in-residence at an art school. It was a narrow three-story building with white siding wedged in the middle of a parking lot near the station. What was he doing there? Who would go for a drink in such a place?

The story was that the previous incarnation of the bar had been expropriated to make way for the high-speed train and the owner, who had refused to sell, was compensated with the same footprint in this strange new location. Demand photographed the building, which was so small he could build a model, completing the work in his Berlin studio in 2008. He then photographed the model and sent those images back to the art school. A few years later, Thai artist Rirkrit Tiravanija was resident at the school: he rolled out the large-scale prints and asked the students to build a new model of the bar.

black label (the name of the bar and the artwork) is a reconstruction of the Tiravanija building (which was also rebuilt for a show in Belgium) and represents at least the fifth generation descendant, through photography and three-dimensional models, the car park structure – which was a replacement in the first place. MOCA has worked with Demand on an exhibition that displays his work on the three floors of the gallery; upstairs, a large-scale three-dimensional reproduction of the bar made from photographic panels, this time including its upper floors. Meanwhile, the building in Japan was moved again.

“I like cooperation. Nobody does it all alone,” Demand said as he put the finishing touches to the work this week. “Architecture is never a solo exhibition and it’s a solo exhibition disguised as a group exhibition – or the other way around.”

On the one hand, the many iterations of the bar clearly owe a debt to classic postmodern artistic preoccupations with the original and the reproduction. The story of the bar recalls the paradox of Theseus’ ship: if each part is replaced, is it still the same ship? On the other hand, the project is largely a participatory collaboration of the current moment. Karaoke is a new feature added by MOCA, which brings in various bartenders from Toronto to serve in the small space. There is also a webcam with a live stream from Kitakyushu Port.

Like the abandoned bar in a parking lot, MOCA itself is an artsy island in a sea of ​​condo construction these days — and yet the little wooden shack seems at home amid all the digging and drilling at its doorstep.

Beyond the bar, Demand’s play with architectural models became so compelling that he was drawn to architecture itself and has just completed his first real building. This is a meeting center for a Danish textile designer and manufacturer in a remote town in Jutland – a place where customers who have made the trip can gather for a meeting or a meal. It features a building of three geometric shapes and a tent-like roof, and is titled Triple Madness. The building is represented at MOCA by a large scale model, but judging by the photos, the real thing also looks like an architectural scale model, which it does.

For the textile company, Demand was inspired by tents – fabric buildings – and wanted a translucent roof: suppliers had to develop a new fiberglass material to create the effect. A nearby display case filled with photos of tents, from military camps to marquee, is a fascinating snapshot of Demand’s visual thought process.

But how can a photographer and model maker safely design a real building?

“I have help,” Demand said. The London architecture firm Caruso St John was his collaborator this time.

Viewers — or readers — who are beginning to find all of these complex collaborations a bit hard to follow may find respite amid the simpler homages Demand pays to other creators with his direct photographic work. In three lovely series, the artist transforms various models of paper and cardboard into enigmatic abstractions reminiscent of the early 20th century photography of surrealists such as Man Ray.

In the first series, Demand went to the archives to photograph former models by American architect John Lautner, creating mysterious angles and spaces. For another more colorful series, he photographed rows of the cardboard designs used in fashion designer Azzedine Alaia’s workshop, looking for chance associations of pink, orange and brown. And in a third he visited the Japanese architecture studio SANAA, where designers communicate their ideas through numerous paper models: To display these photographs of all-white forms, so pleasing in their simplicity, Demand covered the walls from the gallery of a blue folded paper.

What makes these images so appealing is the beauty of the shapes. What makes them so attractive is their own paradox: they are clearly images of something, but they represent nothing. White curves, colored lines, they are just as intriguing as a tiny abandoned bar in a parking lot.

House of Card continues at the Museum of Contemporary Art in Toronto until January 8.

146 bodies exhumed to date from the Izium site