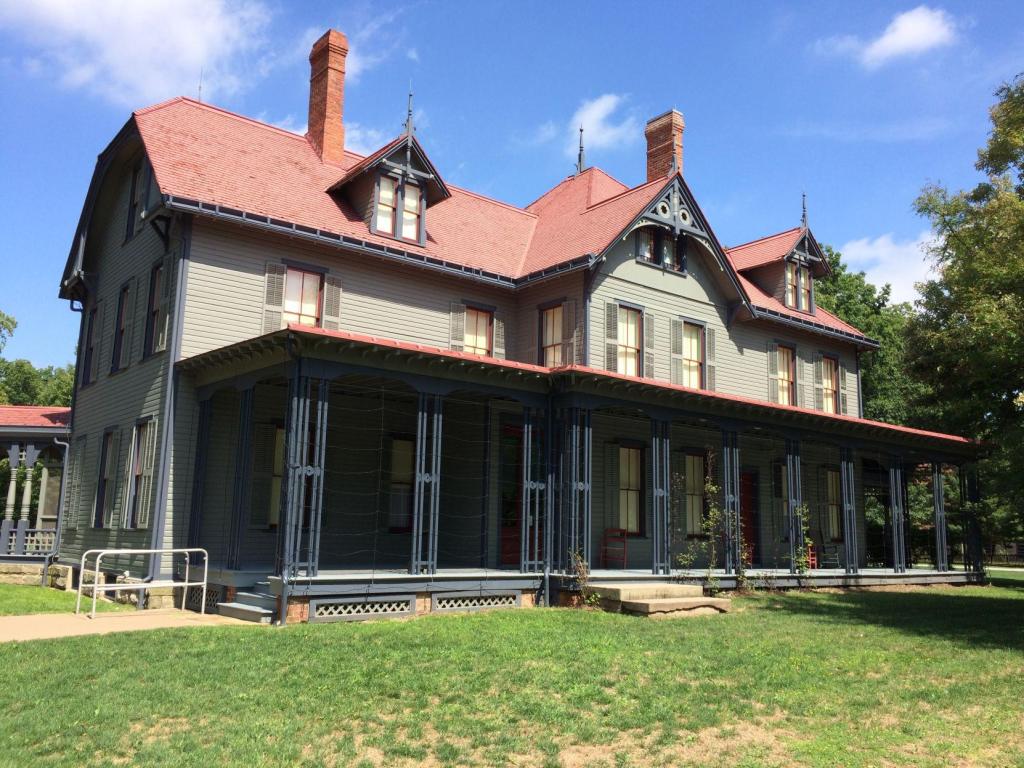 National Park Service staff at the James A. Garfield National Historic Site were recently honored for their work in education.

The U.S. Department of the Interior Regional Office for Regions 3, 4, and 5, based in Omaha, Nebraska, presented its Team Education Award to the Garfield site for its “Garfield and His Union Friends” program, planned and presented this spring in partnership with Willoughby Middle School, according to a press release.

“Garfield and His Union Friends” introduces students to several prominent Civil War-era Northerners and explains not only their important work of the time, but also their connection to the Union General and future President James A. Garfield. The “friends” are photographer Mathew Brady; abolitionist/orator Frederick Douglass; Rebecca Rouse, leader of the Cleveland-based Ladies Aid Society; President Abraham Lincoln; and poet/civil nurse Walt Whitman.

Staff at Garfield National Historic Site teamed up with Willoughby Middle School history teacher Christy Downs to present the program to several classes, both in their classrooms and at Mentor’s presidential home. The Garfield site plans to expand the offering of this program to other area colleges next year, the statement said.

“We are thrilled to be recognized with this year’s Team Education Award,” site manager Todd Arrington said in the statement. “Our staff has dedicated a great deal of time, effort and resources to this program, and it is great to receive this recognition. I’m proud and happy for everyone who worked on this and also for teacher Christy Downs who fully shares this award with us.

Garfield National Historic Site is located at 8095 Mentor Ave. (US Route 20) to Mentor.

"Theatre of Me": from caricature to superimposed images, the selfies of artist Agus Suwage are in search of identity

Contract awarded for the US 74 project in Lake -