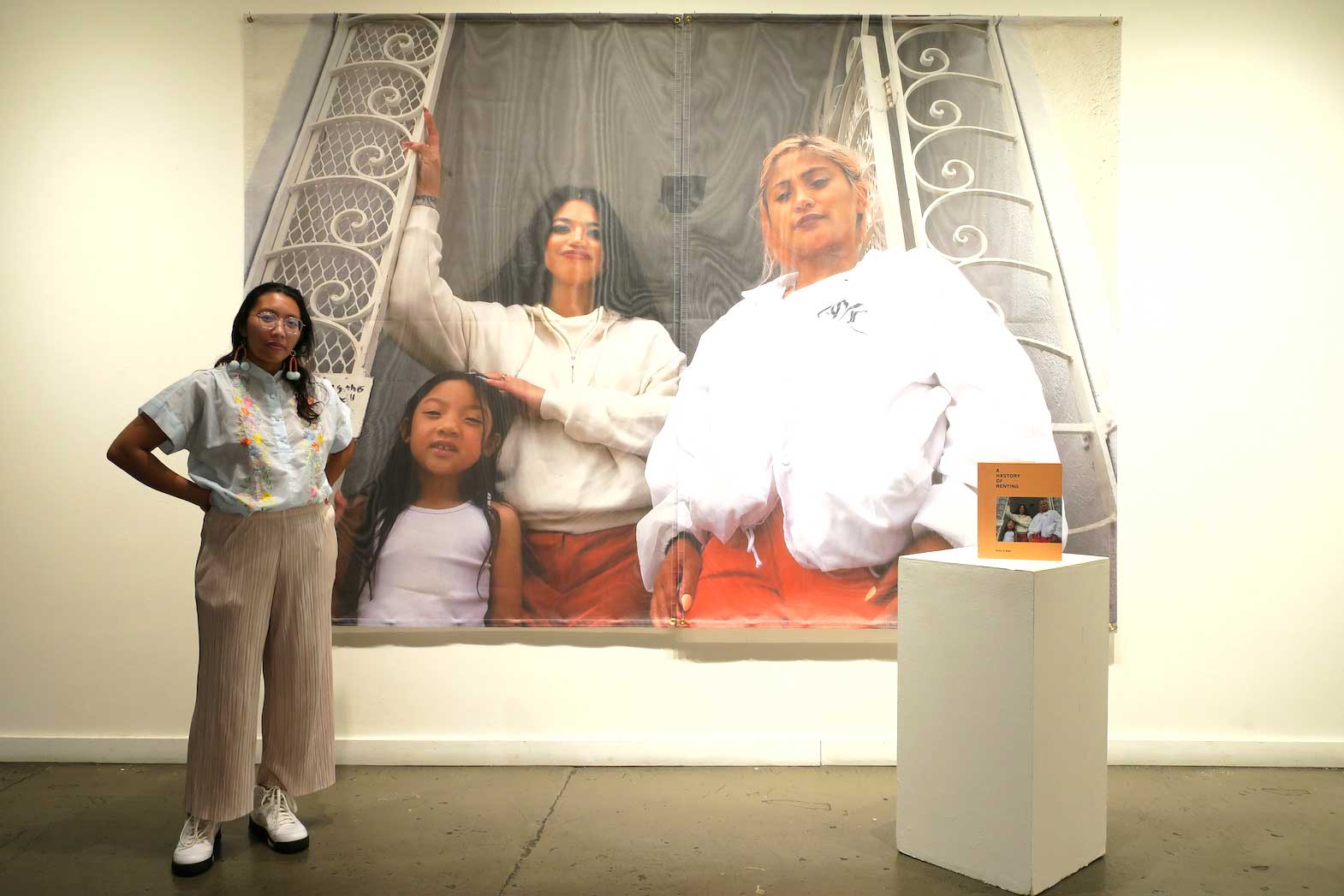 Erina C. Alejo with her book and her photographic installation for APAture 2021. INQUIER / Wilfred Galila

SAN FRANCISCO – Artist and community photographer Erina C. Alejo’s kinship with Kearny Street Workshop (KSW) is to make the art group’s “anti-displacement resilience” and distinction as a community center for generations of artists in the bay area.

“My work is a mixture of different pieces that I have presented before, but this is the first time that I can present it in a space that I really feel close to because KSW has supported my work as an artist since I started. graduated. college in 2016, ”explained Alejo.

Components of a work known as A rental story were exhibited – his book of photographs and writing against the backdrop of a large print photographic installation. The photograph, titled Powerful gaze from Pinays (2020) is also featured on the cover of his book. It was taken in front of her house in the district of Excelsior. “It’s a nice picture of them hanging out right outside a door, and they are looking at you. It’s a powerful look to understand that no matter if you’re a renter, you have a personal story that belongs to you, and it’s really important to take care of it.

The APAture 2021 “Embrace” which took place from October 23 to November 14 explored the questions: “In times of disease, violence and injustice, how do we unite in community and in radical care? What are we close to in our lives and in our art? What do we embrace when we step into artistic power? “ 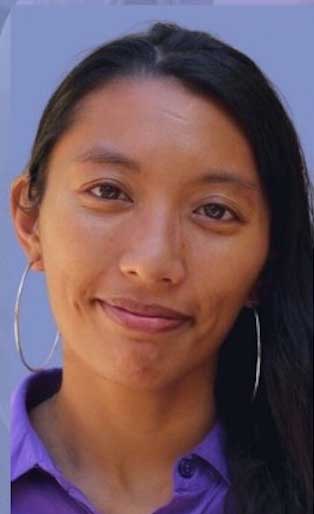 With pandemic restrictions and safety protocols in place, APAture 2021 only featured 36 artists based in the APA Bay Area at five limited in-person and live events. A strong reduction compared to the more than 60 artists presented each year with the six art showcases reduced to five. “We basically had to cut the budget considerably. We had to bring in fewer artists than usual, ”says KSW art director Jason Bayani.

Alejo’s book, A rental story, is the culmination of five years of working toward its “goal as a third generation tenant in San Francisco.” It is partly the photographic account of a lived experience. With A rental story she hopes to arrive at the answer to the question: “What is my future as a tenant?”

Alejo was born and raised in San Francisco and first lived in the Mission neighborhood until her family was considered renters during the dotcom boom of the early 2000s. Like many families displaced by gentrification from the Mission district, they then moved to the Excelsior district and she attended public schools in the southern districts of Market and Mission.

She believes that “photography is the most direct way to inspire young people and families to value who we are”. These are the values ​​she wanted to create in the Photo Mentorship Program by infusing Ethnic / Filipino and Urban Planning studies and the history of SOMA Pilipinas into the art of photography.

Her mother, Cristina Alejo), is a senior preschool teacher at the Bessie Carmichael / Filipino Education Center and co-founder of the Galing Bata program. It gave Alejo the experience of “being raised out of the classroom”, making him see “what civic engagement is and the potential of education mixed with grassroots organization”.

Alejo is “deeply honored” to be a featured artist in APAture 2021 and commends KSW for their dedication to uplifting local artists and providing a space to show their work.

KSW Artistic Director Jason Bayani shares and explains why it was important to bring the festival back despite the pandemic: special. “

Subscribe to our newsletters! Get updates straight to your inbox