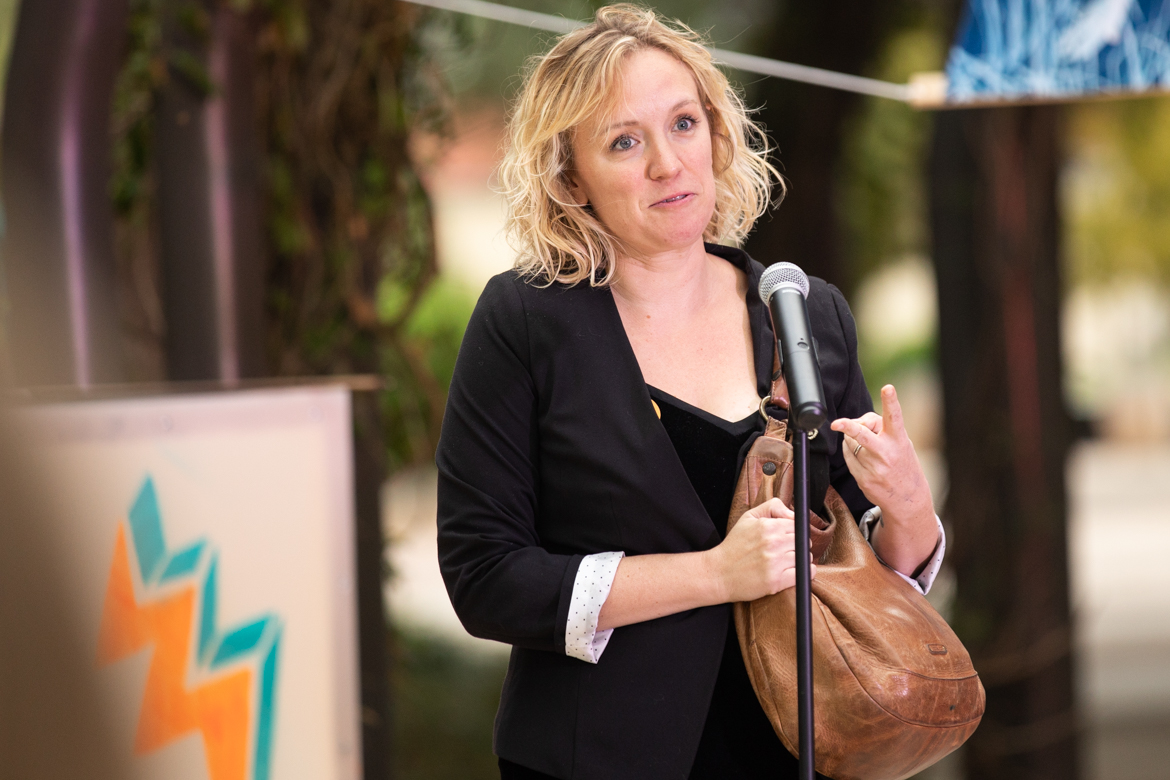 At least six San Antonio artists have said they pulled out of a planned exhibition at the McNay Art Museum following an artist’s claim that his work had been censored by the museum because of its content.

In a February 12 Facebook post, artist Sarah Fox claimed the museum turned down a commissioned puppet animation video intended for her. 8 Create [SATX] exposure because of its sexual content. Fox said that after refusing to remove the artwork, curatorial staff disinvited it from the exhibit.

Five other artists, Lisette Chavez, Alyssa Danna, Jennifer Ling Datchuk, Xavier GiImore and Libby Rowe, are expected to participate in 8 Create — titled to reflect the number of local artists featured – confirmed that they will no longer be participating in the exhibition due to Fox’s withdrawal of the artwork.

A spokesperson for McNay confirmed that Fox declined to submit alternate work to replace the video.

Fox said that after several alternative options were presented to her, she told the curatorial staff, “there’s no way to do this, I’ve been working on this thing for a year.”

The museum’s spokesperson said in an email to the San Antonio Report that Fox’s video “does not adhere to the purpose of the exhibit,” which in the museum’s January posting was described as an interweaving of works from the art collection of McNay’s founder, Marion Koogler McNay, with works by eight San Antonio artists.

In the post, Fox describes his work for 8 Createentitled Bad Bunny is luckyas “a surreal puppet show” that uses “humor, sexuality and rage to push back against the policing and politicization of women’s bodies”.

Fox participated in a McNay exhibit in 2018 with artwork focusing on the history of prostitution in San Antonio and spoke about the topic at an artist talk with Rene Barilleaux, the curatorial affairs manager of McNay.

She said she felt the staff understood before they invited her to do some work for 8 Create that his work focuses on sexual themes and had reported endorsement of the animated penis of a papier-mâché puppet before a curator said the work was not “family-friendly” and would “spoil the experience of a visitor”.

“From the start, we were told that we had complete creative freedom,” Fox said. “I think if they had wanted me to do family-friendly work, they should have said something to me when I told them I was doing work on rage and sexuality.”

The eight artists were initially asked to choose a work from Koogler McNay’s founding collection as a working basis to produce new artwork for the exhibition. Fox chose a print by early 1900s German artist Käthe Kollwitz, Frau mit übereinandergelegten Händen (Woman with crossed hands), a black and white rendering of a possibly pregnant matron wearing a dour expression. Kollwitz was known for addressing difficult themes in her work, including infant death, grief, poverty and deprivation, and the harrowing experiences of war.

Fox’s recent animated video work features a “bad bunny” puppet character with bright red exposed breasts and lips, who drinks and smokes his way through an episode of alleged heartbreak. The expression on the puppet’s face bears a striking resemblance to Kollwitz’s depiction.

The museum spokesperson described the process of curatorial staff working with the artists as “co-creating transformational artistic experiences”.

Upholsterer Drew Morros said she hasn’t decided whether to participate in the exhibit yet. As an artist relatively new to exhibiting her work, she called the experience “devastating” but said other artists had supported her through her decision-making process.

Morros said the museum’s charge “to create a piece that communicates with Marion McNay’s original bequest work was very clear”. However, she said, “the museum offered no other parameters for the work we could produce as artists”, and said she wished “to hell that some reasonable resolution could have been found” between Fox and the Museum.

After deliberations with the other artists, photographer Joshua Perez decided to remain in the exhibition. He cited several factors, including a contract that stipulated the return of $1,000 compensation if he did not participate, and many hours and funds already spent creating artwork.

Despite the uncertainty of how the exhibit — titled for the number of local artists in the exhibit — will take shape without at least six of its artists, Perez said museum exhibits are rare opportunities and that the cost of removing the exhibit would be too ideal for him and his wife Clarissa Perez, also a photographer and his senior studio assistant.

“We have invested so much in it. … It’s like this family sacrifice at this point,” he said. “The amount of time, effort and money, clearly, that has been spent on our end, I really don’t see giving up.”

Datchuk called the situation “very disappointing” and said in an email to curatorial staff that she now sees the McNay as “an institution that values ​​the perceptions and opinions of its donors and patrons, instead of valuing them. challenge conceptually, on artists in their very own community”.

Datchuk said the museum did not respond to his email.

Artists who withdrew have received offers to show their work created for the exhibition in other venues, but plans have not yet been finalized, and the fate of 8 Create stay in motion. The “reimagined” exhibit remains on schedule to open March 17, according to the McNay.