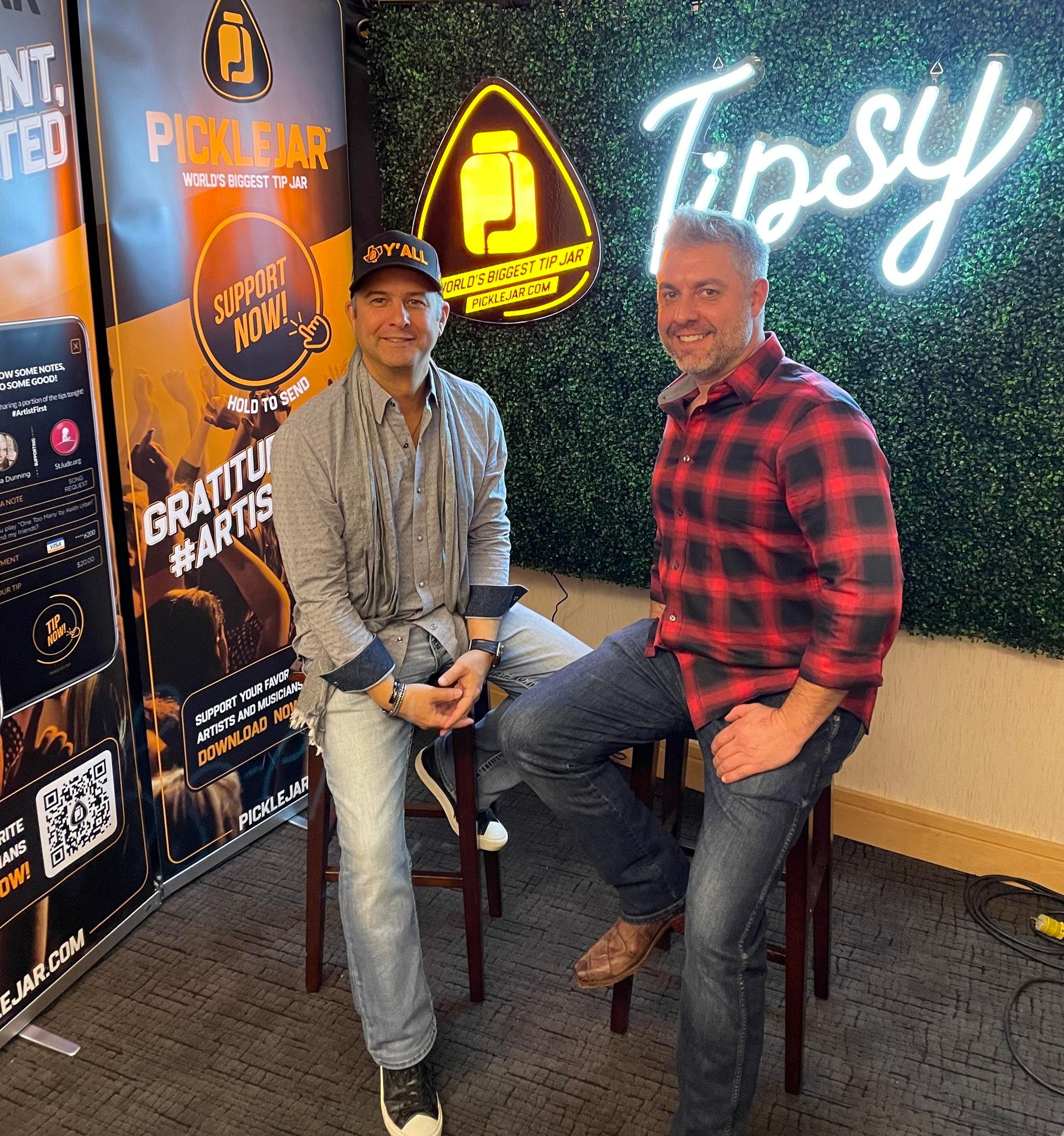 Since launching a year ago today, live entertainment and cashless tipping app PickleJar has helped artists earn over $1.2 million. Over 2,500 artists and creators are on the platform and every penny earned through fan-funded support and transactions goes straight into their pockets.

PickleJar CEO and Founder Jeff James and President and Founder Kristian Barowsky are longtime friends and business partners. The PickleJar premise reunited three years ago when the pair were at Nashville’s The Second Fiddle on Lower Broadway to listen to live music. When the entertainer approached with her Yeti bucket for tips, they told her they had no cash on them. She then pulled out her Square card reader and they paid $60 for three song requests.

“We both had so many questions,” James tells me. “There were three people on stage. How are they going to split the tips? Where did the money go ? Would they remember our songs? Who paid the taxes on it? Would we get a receipt? Kristian and I looked at each other and thought, “There has to be a better way.”

Barowsky got some bar napkins, and the pair started brainstorming what they called “Project PickleJar.” Initially, the app was only intended to make it easy for artists to collect and track their tips, as well as support song requests. James and Barowsky never thought the idea would work, but while talking with fellow musicians, they realized they had a revolutionary concept.

There was, however, one thing that musicians were skeptical about: Would they really receive 100% of their tips?

The pair got to work and built tools inside the platform where artists could send direct messages to all of their fans. A non-profit element was also made available. Thus, if an artist wished to donate his performance in times of crisis, he could easily donate his tips and the money collected for the association or the cause of his choice.

“All of a sudden you have a way to really connect fans with the music that is enabling change for the world and has become our driving force,” James said. “If we help one person, we have succeeded and that is what gave impetus to what we tried to build.”

PickleJar artists have since raised over $300,000 for charity. The company has also raised over $4 million in outside funding, in part from lead investor Anton Rabie.

“PickleJar’s visionary approach to live entertainment technology is more than a business model – it’s a mission,” said Rabie, co-founder and co-CEO of Spin Master Corp. “I couldn’t be more proud of what the PickleJar team has accomplished, especially over an accelerated time frame.

“We believe our long-term diversification of revenue streams is strong, with opportunities to significantly grow our membership base and earnings per trade,” continues Rabie. “PickleJar’s Artist-First culture remains the core theme of the leadership team which is poised to bring real and meaningful change to the entertainment space for musicians and content creators.”

Country singer-songwriter Sasha McVeigh has witnessed this change. In the first three days of using PickleJar, she raised $1010. “She turned to Kristian and said, ‘God, that’s my rent for three months!’ “says James. “We accomplished what we set out to do. We have bigger goals and bigger ideas, but we have helped artists. We’ve put hundreds of thousands of dollars in artists’ pockets to date.

“What I’m most proud of is how well we got the message across and people will listen, they’ll understand it and they’ll love it,” Barowsky said. “There has been pushback from people who think they’re above tipping. However, once they see that it’s more about their fans who are on a mission with them for a common goal, they prepare for it.

Over the past year, PickleJar has grown from seven employees to 29. The company also plans to purchase office space in Nashville this summer. PickleJar’s founders hope to have 10,000 artists on the platform over the next year, expand to 31 countries and adopt Web3. Currently, PickleJar is available in four different currencies in the US, UK, Canada, France, and Germany.

PickleJar received early support within the Nashville country community and has since been embraced by urban, hip-hop, jazz, DJ and punk rock genres. “It really stretches across genres, especially once you start giving them the tool to show their gratitude,” Barowsky says.

“We look at this from all angles to help the artist distinguish and maintain the creative value of their entire portfolio of assets throughout their lifetime,” says James. “At the end of the day, we can unlock the greatest advancement in human history of creativity since the Renaissance. You take an artist and give them the ability to not have to worry about paying for their car or their rent or how he’s going to eat this month and you let him use that time to focus on his talent and his craft I think we’ll be amazed at what we’ll see happen in the next decade if we can accomplish this.

Unrest erupts at Jerusalem site ahead of Nationalist march: NPR