INVERNESS, NS — The Inverness County Center for the Arts is sure to be a destination this fall for art lovers.

From September 3 to November 10, the gallery will host an exhibition of previously unseen works by acclaimed artist June Leaf.

Born in America, Leaf has lived in Cape Breton since she and her late husband, world-renowned filmmaker and photographer Robert Frank, moved to Mabou Coal Mines in 1969. The couple also had a residence in New York. 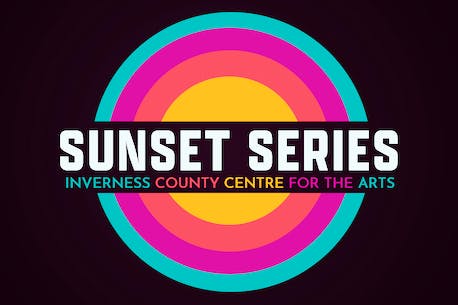 According to a press release from the center, Leaf, 93, often talks about the influence of Cape Breton on his life and art.

The drawings, beginning with the first piece she made in Mabou, First Water Faucet, provide insight into the research and process of her extremely capable career.

The main study drawings of his famous Glasses sculpture will also be on display, along with many never-before-seen sculptures.

The center notes that Leaf has been incredibly generous in opening up his home and work in preparation for the exhibit and that Leaf has a deep desire to show what Cape Breton has meant to his highly prolific and influential career for over 50 year.

For more than seven decades, Leaf has explored the human figure, landscape, and mechanical systems in his narrative drawings and paintings and his hand-crafted kinetic sculptures.

June Leaf’s work has been exhibited and collected around the world since 1948, when she was invited to participate in that year’s annual exhibition at the Art Institute of Chicago.

Leaf’s work can currently be seen in My Name is Maryan, a solo exhibition dedicated to the 20th-century artist at the Museum of Contemporary Art in North Miami, curated by Alison Gingeras. Leaf and Maryan became friends in 1958 in Paris where her work influenced his. The exhibition includes loans of works by Leaf from his personal collection and from the Smart Museum of Art in Chicago.

Among his honorary degrees is that of the Nova Scotia College of Art and Design.

The exhibit was curated by Emily Falencki, an artist who lives and works in North Halifax and Cape Breton. She is the founder and director of 2482 Maynard and the Blue Building Gallery.

Ancient site emerges from dry lake during drought in Europe