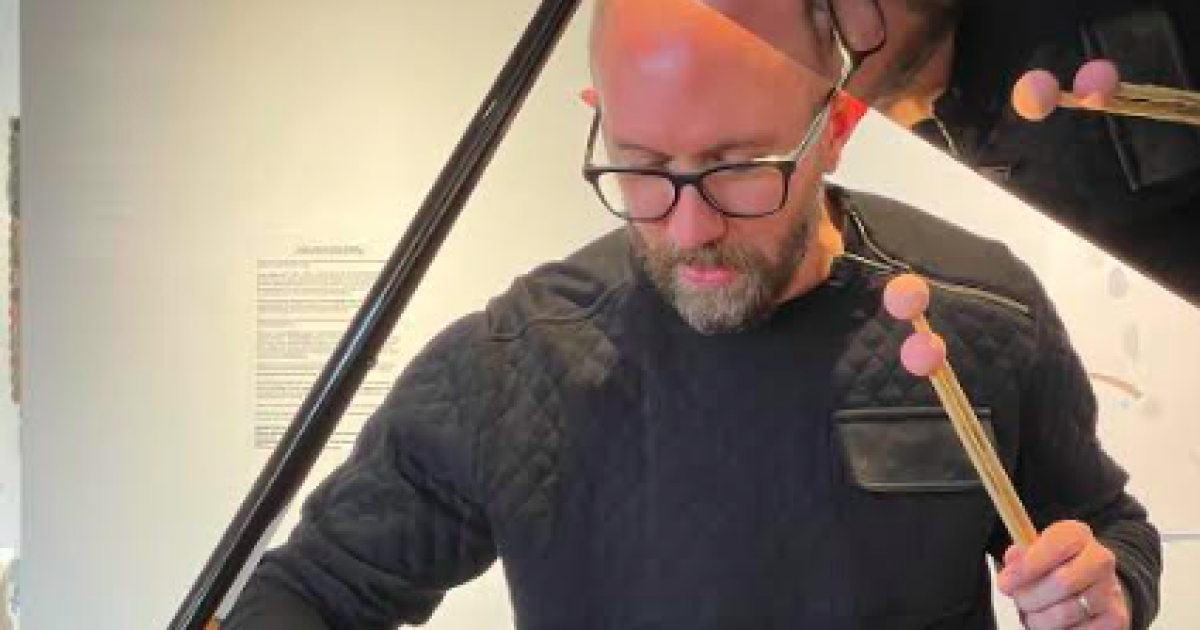 This month the Bunnell Street Art Center welcomes three artists in residence. One of these residents is Nathan Room, a composer and visual artist from Colorado. A former Fulbright Scholar, he recently traveled to Iceland to research the country’s contemporary art and music scene. He enjoys composing music that reflects the place and the people and hopes to use his residence for this purpose.

“I’m trying to create a sonic portrait of Homer,” Hall said. “I like to think about how the things I create connect to sound. So when I meet people, when I go to places, I love the sound connection they might have, like, how were the waves at the beach different from other waves? And how the rocks in the landscape sound.

The 39-year-old is a former Fulbright scholar and holds a doctorate in musical arts from the University of Colorado at Boulder.

When I meet him at the gallery, he is behind the piano, tickling the ivories. He sings an original song while two other gallery patrons harmonize with him. Behind the piano, sheets of paper are pinned to the walls filled with symbols and geometric shapes. It’s his own personal grading system, a language I can’t read.

“I basically attribute different musical components to the shapes,” Hall said. “So I could tell the musicians, like the long lines are going to be long tones. And our short crisp lines could be sharper, shorter chords.

Hall’s work includes a variety of subjects. Nathan says he uses music to explore a variety of fields including science, nature, fine art, history and sexuality.

“I love integrating sound and music or exploring their connection to the world around us. I’ve done pieces about the movement of gases in the sun, made graphic scores about volcanoes, and interviewed LGBTQ people to make music out of their lives. I’m really curious what Homer brings.

In addition to creating music that connects to Homer, Hall hopes to connect with Homer’s LGBTQ community.

“I identify as queer and as gay. And I think finding other queer people in town really resonates with me. You know, I think there’s something about how I could reflect the lives and the stories of those people who maybe aren’t heard as much.

Nathan Hall will be at Homer until the end of April. There will be a closing ceremony for Hall and fellow artist-in-residence, photographer jesse egner, scheduled for Thursday, April 28 at the Bunnell Street Arts Center from 6-8 p.m. KBBI, in partnership with Bunnell Street Art Center’s “Artist by Air” program, streamed a live performance of Hall’s work on April 16, 2022. KBBI will release the full recording later this month. You can find previous performances, on in the “Bunnell Artist’s by Air” under the “Shows” tab on the KBBI website.