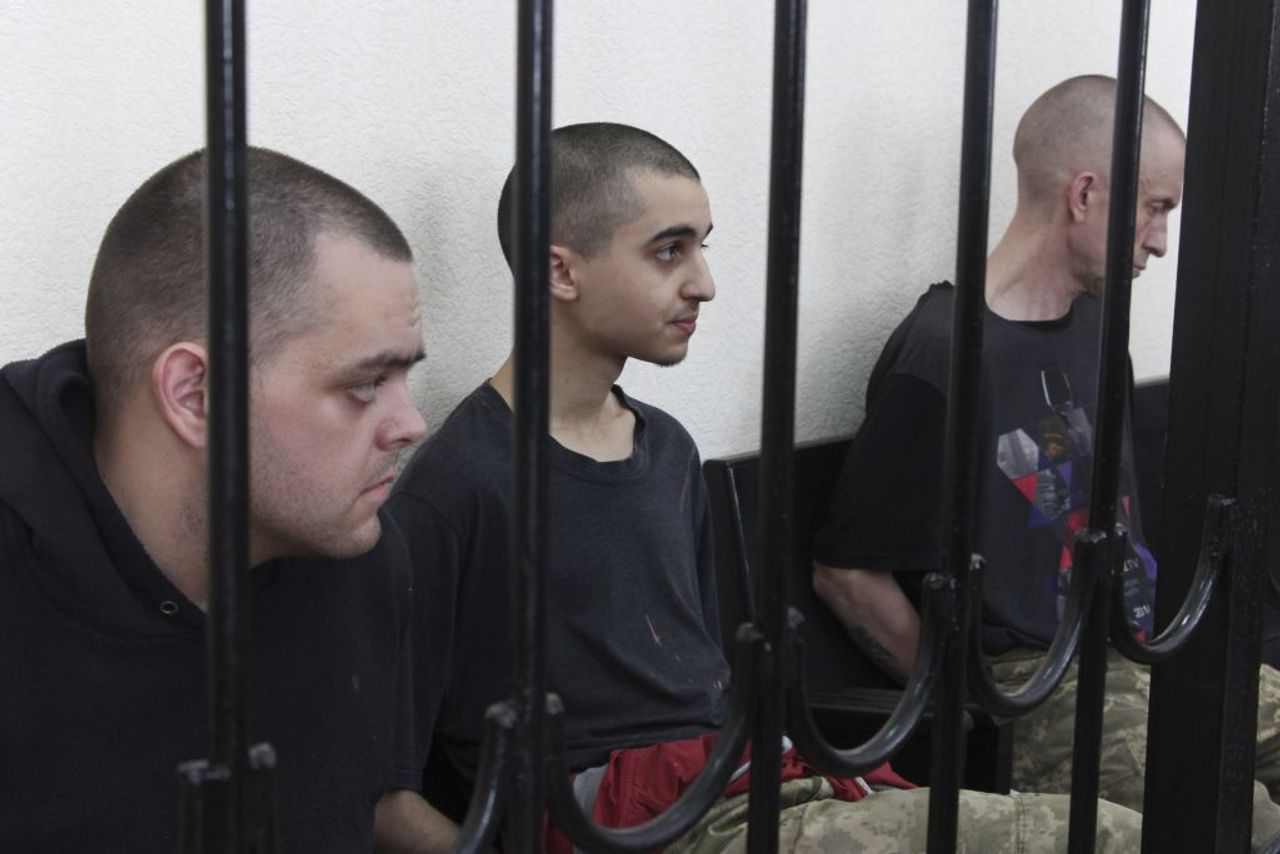 The death sentences passed on two British nationals serving in the Ukrainian armed forces are seized upon by the press to aggravate anti-Russia hysteria. The British government is using the incident to escalate the NATO proxy war against Russia in Ukraine.

On Thursday, the Supreme Court of the self-proclaimed Donetsk People’s Republic (DPR) found Aiden Aslin and Shaun Pinner guilty of being mercenaries, fighting for the violent seizure of power and training to carry out terrorist activities, according to the Russian state media.

The charges are widely seen as an attempt to force a prisoner swap. Russian separatists are demanding the release of pro-Russian politician Victor Medvedchuk, believed to be a close friend of Putin, who was arrested by Ukraine’s Security Service (SBU) on April 12. The two men have one month to appeal the verdict.

Aslin, 28, from Nottinghamshire, was captured by Russian forces in Mariupol on April 12. His unit surrendered after running out of ammunition. Shaun Pinner, 48, was also captured in Mariupol. The eastern Ukrainian city has seen intense fighting between Russian-backed separatists and the Ukrainian military and far-right militias. It is the stronghold of the Fascist Azov Battalion.

Aslin was a member of the Ukrainian 39th Marine Battalion, while Pinner fought in the 36th Brigade. British authorities, including Prime Minister Boris Johnson, have denied that the two men are mercenaries. But any distinction between the Ukrainian armed forces and the fascist and foreign mercenaries has long since been erased. The United States and Britain poured billions of dollars in arms and military and logistical support into Ukraine to defeat Russia in what amounts to a NATO proxy war.

After Russian TV showed footage of Aslin being captured and charged last month, Johnson told parliament: “His situation is very different from that of a mercenary.” Johnson and Conservative MP for Newark Robert Jenrick described him as a regular Ukrainian Army soldier, with Johnson stressing, “I understand he had been serving in the Ukrainian forces for some time.”

Aslin is no ordinary soldier. On February 14, more than a month before the outbreak of war, pro-conservatives Telegraph featured an interview of him dressed in full combat fatigues, “‘What We Signed Up For’: British Soldier Returns to Ukrainian Army Unit to Prepare for Russian Invasion”. The newspaper’s deputy chief explained: “Aiden Aslin, also known as Johnny, joins other British and overseas volunteers who will be in the lines of fire if an attack begins.”

Aslin was a foreign mercenary in Syria in 2015-16 and was placed on Britain’s terrorist watch list – a fact that today’s saturation media coverage hides. He fought ISIS with the US-backed Kurdish militia group, the YPG, and was arrested and questioned twice by British police under the Terrorism Act. Charges against him were dropped and he traveled unimpeded to Ukraine in 2018, enlisting in its army, joining the marines and serving on the front lines in the Donbass in quick succession. His Ukrainian citizenship is based on his engagement to Diane Aslin, who taught English in the Ukrainian Navy but left the country.

After his capture, Aslin appeared on Russian television wearing the Fascist insignia of the Azov Battalion. The Ukrainian Armed Forces absorbed the Azov Battalion and other far-right militias into its ranks. It works directly with foreign mercenary forces, armed and equipped by NATO.

According to TelegraphIn Aslin’s profile in February, Aslin’s introduction to Ukraine took place while he was a mercenary in Syria: “It was there that he met a Ukrainian volunteer who had previously fought against Russian forces in the Donbass and who persuaded him of the justice of the Ukrainian cause. ”

More than three decades of wars waged by the United States and the British in the Middle East and Europe since the dissolution of the USSR have created a network of guns. This is the case of Shaun Pinner, captured alongside Aslin in Mariupol. Pinner, from Watford, England, is a former member of Britain’s Royal Anglia Regiment who fought in Bosnia and Northern Ireland. He would have served as a mercenary in Iraq and Syria. According to Russian news agency TASS, after arriving in Ukraine, he first worked as an instructor for the Azov Battalion.

Downing Street and the Geneva Convention

On April 14, photographs of Aslin and Pinner were shown on Russian television showing cuts and bruises to their faces. Aslin was then interviewed by pro-Russian filmmaker Graham Phillips, a former RT correspondent who works with Russian separatist forces in Ukraine. Phillips’ interview prompted statements by Aslin made under duress, denouncing the Ukrainian military and the fascist Azov Battalion for committing war crimes.

In video calls since their capture, Aslin and Pinner urged Zelensky to do a prisoner swap with Victor Medvedchuk. Aslin said on April 14: “If Boris Johnson really cares as he says he does about British citizens, he would help put pressure on Zelensky to do the right thing and give Victor back to his family and us to our families. .”

Russian separatists say their treatment of Aslin and Pinner, including Thursday’s death sentence, is justified because the Geneva Convention does not apply to foreign mercenaries. The actions of the separatists, like the Russian invasion itself, are aimed at making a deal with the imperialist powers. They only give NATO a pretext to intensify military aggression.

Both Aslin and Pinner are entitled to Geneva Convention protections, including the right to a fair trial and protection from prosecution as enemy combatants if there is no evidence of war crimes. Yet the howl of Conservative and Labor politicians and media commentators invoking the Geneva Convention for British nationals pursuing NATO war aims in Ukraine is plain hypocrisy.

Downing Street’s declarations that Russia must abide by the Geneva Convention are a principle the British ruling class has consistently flouted in countless wars over more than three decades. Blair, Brown, Cameron, May, Starmer and Johnson supported the use of torture and assassination as a legitimate tool of foreign policy, presided over the indiscriminate slaughter of civilians in Afghanistan and Iraq and the routine torture of combatants enemies.

Yesterday Jenrick said Aslin and Pinner were subjected to a ‘disgusting Soviet-era show trial’. But when it comes to show trials, the British are long-time experts. The Johnson government is currently on the verge of approving the decade-long extrajudicial witch-hunt against WikiLeaks publisher Julian Assange, ordering his extradition to the United States. This vendetta, facilitated by the highest levels of the judiciary, included CIA plans to kidnap and assassinate Assange for exposing the war crimes of British and American imperialism.