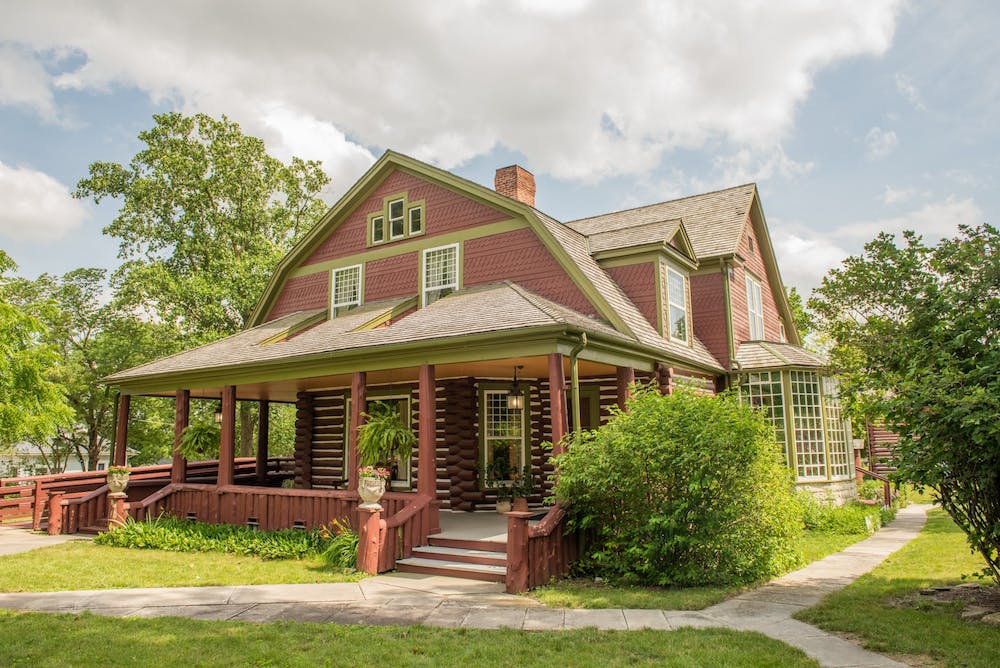 In Geneva, Indiana, there is a house that once belonged to Indiana author Gene Stratton-Porter named Limberlost State Historic Site.

Stratton-Porter’s family moved to the cabin in Geneva in 1888, and she lived there for 18 years. She has written six of her 12 novels in this house, including “Freckles” and “A Girl from Limberlost,” as well as five of her nature books, according to the Limberlost State Historic Site.

Payne’s duties include creating schedules, budgeting, and purchasing for the site, but his favorite job is leading Stratton-Porter’s cabin tours.

“It’s just fun meeting all the different people that come in,” Payne said. “There are people who have never heard of Gene Stratton-Porter before, and so they are just shocked to learn about her and everything she accomplished in her time.”

Shaun Payne encouraged students currently enrolled in the Historic Preservation Graduate Program or those interested to contact him at [email protected].

Payne had to do three Zoom interviews for the job, including one with the director of the northern region and the vice president of operations at the Indiana State Museum and Historic Sites. Payne said the entire hiring process took about two months. He applied for the job on May 15 and officially received it on July 17.

Before Payne got his masters degree from Ball State, he attended three other universities to earn his bachelor’s degree in history. He started in Alabama at the University of Mobile, transferred to Palm Beach Atlantic University in Florida, and eventually graduated from Anderson University in 2009.

“We lived in Florida for three years while my dad was on recruiting and that’s how he found out about the school,” Payne said. “And I was there for a year because I met my wife there and she’s from Anderson, Indiana, and she ended up going back to Indiana to go to Ball State… so I followed her. “

Originally, Payne wanted to be a high school history teacher. However, when the 2008 recession hit and there was a jobs crisis, he decided to get his Masters in Teaching with the intention of eventually getting his PhD to teach at the university level.

One of his Anderson University professors, Ball State graduate Joel Shrock, recommended the history department to Payne and he applied for his masters in the summer of 2009.

“I didn’t have as much fun as I thought I would,” Payne said. “I looked in the course catalogs and found the historical preservation [and thought] “Oh, that’s interesting – that sounds like something I would appreciate. ”

Payne sat down with Campbell to talk about the differences between teaching history and working with history. From that meeting, Payne found that historic preservation was more in line with what he wanted to do.

“I thought I would appreciate a more hands-on approach, what historic preservation has offered me is that instead of talking about history, you are actually involved. [and] immersed in it, ”Payne said.

When Payne was in the Historic Preservation graduate program, which he joined before the spring 2010 semester, it was a two-year program that required approximately 60 credits to graduate. Under new management, it is now a one-year program with options of 30 and 36 credit hours.

Campbell, who received his MA from Columbia University, focused on recruiting students for the Historic Preservation graduate program and expanding the program. He used Columbia’s larger program as a model.

“That’s what I liked the most about it,” Campbell said. “[It] was trying to sort of revamp the program and upgrade and improve it – and also attract more students.

Campbell also expanded the program to make it available to students of architecture and history. For graduate students, the historic preservation program lasted two years and required a full-time thesis, he said. Most of the students in the program also had an assistantship.

While Payne was enrolled in the graduate program, he was at a pivotal point in his life after he married his wife, Ashley Payne, in 2010. They lived in the Scheidler Apartments across from Scheumann Stadium while they both attended Ball State.

“We still remember [how] it was our favorite place to live while being married, ”Payne said.

Ashley Payne was registered with Ball State from 2008 to 2012. She majored in legal studies and now works as a paralegal at a law firm in Bluffton, Indiana.

Shaun Payne described the atmosphere at Ball State as “a Midwestern college experience. [that] always [has] this hometown [feel]. “

“And the resources were definitely better at a bigger school like Ball State,” Payne said. “I mean, the main library, Bracken Library, [is] just amazing – bigger than the three other school libraries combined.

Payne said he appreciates the caliber of Ball State teachers as well as being able to have all the information at their fingertips.

“You have people who are among the best in their fields teaching you,” Payne said.

Prior to working at Limberlost State Historic Site, Payne worked at Indiana Salamonia Lake State Park, located in Andrews, Indiana. He heard about the opening in Limberlost from a colleague whose other close was the regional ecologist from Limberlost.

Payne said his time at Ball State helped him learn how to perform his duties as a site manager. The courses he took to repair historic structures were useful for his current position as he has to maintain the Stratton-Porter’s cabin, and his architecture lessons have helped him share facts about sightseeing.

Campbell taught one of Payne’s favorite classes. In this course, Payne was able to discuss theories of architectural history and preservation issues.