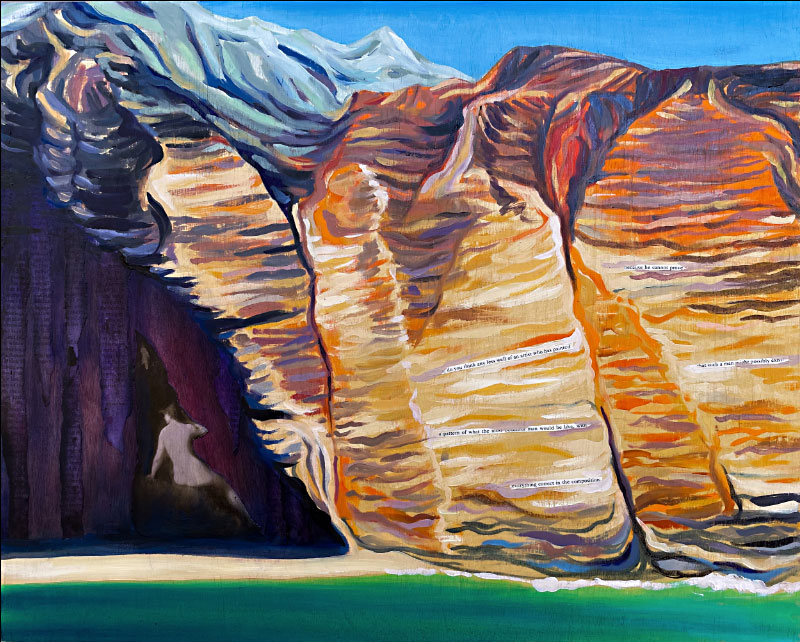 Introducing the 2022 Austin Studio Tour, a free, self-guided celebration of visual art, offering in-depth insight into the work areas and showrooms of Austin-based artists and creative collaborations, three weekends of special exhibits and installations and craft demonstrations and, well, you to know there will likely be all kinds of afterparties rocking the city north, south, east, and west, for that matter.

Paint. Sculpture. The Woodcraft. Wall paintings. Glassware. Metallurgy. Bonding. New media manifestations in all sorts of innovative flexes. So much art in so many forms, created by a diversity of creative humans, brand builders and culture boosters. Here, in your city, just waiting to amaze your senses.

Here comes the second weekend – but where does this annual event come from? In 2003, local artists Jana Swec, Joseph Phillips and Shea Little decided to organize an event that would support their own works and showcase the East Austin artist community. Their creation, the first East Austin Studio Tour, was a one-day event, free and open to the public, featuring 28 studios and 50 artists, all contested by Swec, Phillips and the band Little’s Big Medium – which became a non-profit organization to do everything possible. In 2012, the East Austin Studio Tour was so successful that they extended it to two consecutive weekends and, that spring, inaugurated the West Austin Studio Tour to also celebrate artists on the sunset side. from I-35.

It’s been a while now. Been a pandemic, come and (albeit persistently) gone. And now, this year, the Austin Studio Tour is back in full swing and packed with at least 500 participating artists. This year, the three-weekend tour takes place across the city, with the geographical boundaries expanded to include all 10 city council districts. The first weekend (November 5-6) highlighted the west; the second is a west/east combo; the third is the east. But, listen, this tour isn’t just about east and west — increasingly, north and south Austin are here too.

Korok Chatterjee has no formal training in art, although the pictures he draws and paints provide eye proof of the strange visions a talented autodidact can commit on paper with graphite, ink and watercolor. . His work is featured – along with a variety of creations by Laura Clay Hernandez, Max Voss-Nester, Ruby Powell and others – at the Commune, an arts-focused collaborative workspace built in an abandoned locksmith’s shop on North Loop (101 E. North Loop). “I’ve only been in Austin for two years – and half of that time was the peak of the pandemic – so joining the tour was a great way to meet people and connect with the art scene here,” we said. Chatterjee said. “It’s also inspiring to see so much artwork from my co-artists – great motivation to pursue bigger projects!” This ambition will be exhibited in the space of the Commune this weekend. “I’ll have a lot of drawings, but I’ve been into oil painting for the past two years, so I’m really looking forward to this first chance to exhibit paintings.”

Anchor your heart by Leslie Kel

Regina Allen (8208 Wexford) is on the west side of I-35, but also well beyond the city’s central pedestrian areas and quite north: near McNeil Drive and Highway 183. Allen is a talented landscape artist, her vast palette of pigments capturing “the enduring beauty and tenacity of nature, expressing tentative hope as well as concern over global climate change.”

“This will be the first time I’ve participated from my own studio,” she explained. “In the past, I’ve been part of group efforts in other places, so I’m very happy to open up my actual workspace next to my artwork. I think my process will be a lot more obvious. The tour is a great excuse to clean up come up to my studio and take a look at my various works. My most recent ones start with small watercolor studies, which inspire larger oil paintings – I will exhibit these watercolors as well as many of my oils during the tour.

Further west (and south) are the Circle C Creatives (7817 La Crosse), a group brought together by Meena Matai, whose mixed-media abstract works are the stuff of your best color dreams. This group caught our attention because its number includes the Chronicle art-crush Leslie Kell, who we continue to rave about as his digitally manipulated works, synthesizing design and photography to explore “the elusive nature of our perceptions and the ever-shifting currents of our realities”, do things to our brains which only do better recreational drugs than we can afford to perform.

“I’ve been on one or both studio tours since 2011,” said Kell (whose work will also be part of TreeGarden’s “Life of H2O” celebration this weekend), “although last year was the first time Big Medium pushed the boundaries far enough to include the far Southwest. I’ve made some of my best relationships, met inspiring people, and met wonderful artists and collectors over the years. latest collection, “Thin Places,” will also be part of an exhibit during the grand reopening of the Jewish Community Center in early 2023. “I combine sacred geometry as manifested in nature with photos of places few places I’ve visited: cathedrals, glass chapels, Sedona.”

If we’re talking south, we reckon Slaughter Lane would qualify – and Brian Phillips’ workshop (11402 Chapel) is a bit below that, his longtime workshop built with the same kind of reclaimed wood he “cuts, planes, paints and reassembles… into something completely new.” The man has a penchant for turning acrylic paint into colorful cowboy portraits on reclaimed wood, and it’s the kind of art that will make you glad you’re a Texan. “I’ll be starting some bigger pieces for a group show at the Commerce Gallery in January after the tour,” Phillips said, noting that this year’s citywide show isn’t his first rodeo. “For me, being part of the Austin Studio Tour means playing a part in the local arts scene at the most community level I think you can get. The atmosphere is always great and it’s a great way to help to support local working artists. Big Medium always showcases artists in such a beautiful way, with catalogs and now the app.”

Let’s point this out for you, reader: the Austin Studio Tour has its own app, which works especially well if you have a smartphone and already know which studios you want to visit. (Just our recommendations here should keep you busy for a while.) Business Cards – Printed! – on paper! – are now available at Austin public libraries. Additionally, the annual catalog of the tour has been elevated to pure coffee table status, with more information than you will ever parse and a design so beautiful and effective that it matches what the best of the artists represented could create; the impressive tome is available from Big Medium (916 Springdale Bldg. 2 #101) for the second two weekends. And, yes, their brand new website (austinstudiotour.org) is an equal miracle of data-driven beauty. As Phillips, a wood salvager with Western influences, said, “Big ways are best.”

Need help getting started? Read our roundup of the five recommended stops on the Austin Studio Tour.