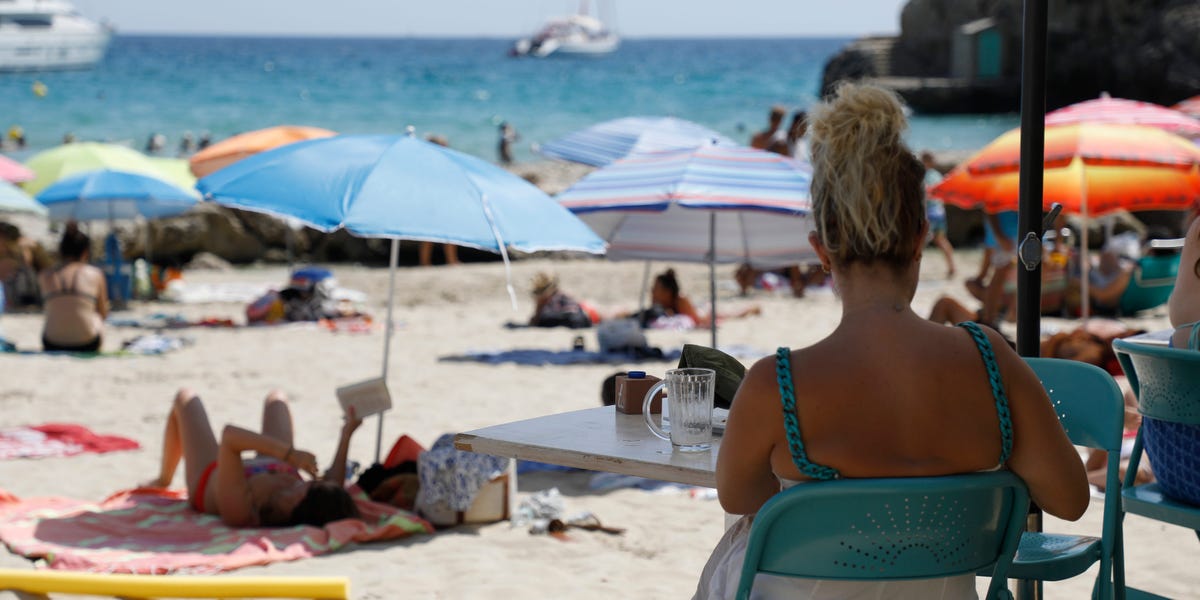 The artist behind a poster for a high-profile body positivity campaign in Spain has apologized for using photos of three British women – including a cancer survivor and a model who is also an amputee – without their permission .

Arte Mapache, the creator of the campaign poster, tweeted a public apology Friday to the women “for drawing inspiration from their photographs for the ‘Summer is Ours Too’ campaign.”

“I hope to be able to resolve all this as soon as possible, I accept my mistakes and that is why I am now trying to repair the damage caused,” the artist wrote.

The poster features illustrations of five women of different body types on a beach, with the caption: “Summer is ours too”. It was commissioned by the Spanish Women’s Institute, a branch of the country’s Equality Ministry, and received wide media coverage.

However, the campaign has since come under fire after three British women said the poster was made using photos of them without their knowledge or consent.

The first woman to raise the issue, model Nyome Nicholas-Williams from London, said a photo of her in a bikini from her Instagram feed was used in the poster and she discovered it through her followers .

The BBC reported that Nicholas-Williams received a private apology from the artist, who said his photo was used because they were “running out of time”. She added that the artist also promised to compensate her.

Nicholas-Williams told Insider she had not heard from the Department for Equality on Sunday evening.

“Given that all of this could have been avoided if they had just asked us to use the footage, which amazes me,” she wrote in a message to Insider.

“I just think this whole thing brings up the conversation about consent again and women can’t have a say in how our bodies are used,” she added. “It’s heinous that the powers that be think they can just take it and there won’t be any repercussions.”

Another UK model, Sian Green-Lord, said in an Instagram Story that the Spanish ad used a photo of her posing lying down, but removed her prosthetic leg.

“I’m literally shaking, I’m so angry. I don’t even know where to begin to explain this and how it actually made me feel,” she said in the story, according to Sky News. According to the BBC, Green-Lord’s leg was amputated in 2013 after he was hit by a taxi in New York.

Meanwhile, Juliet Fitzpatrick, a breast cancer survivor from the south of England, says her face “may have been used and superimposed” on the illustration of a woman with only one breast.

“Can you tell me what images were used to make this woman?” she tweeted in response to the poster, adding that she would be “furious if the image was used without consent”.

Fitzpatrick told the BBC the body of the woman in the poster could not be hers, as she had undergone a double mastectomy – a procedure to remove both breasts.

She also told Insider that although she hasn’t heard from Arte Mapache since filing her complaint, the Spanish Women’s Institute contacted her on Sunday to apologize.

A portrait of Fitzpatrick was taken by photographer Ami Barwell, who tweeted that the campaign poster involved a copyrighted photo “stolen” from the ad.

Arte Mapache tweeted that they had been paid approximately $4,600 and would privately contact the three women to compensate them for the use of their images.

“Thank you for your anti-fatphobia activism, for acknowledging the illustrative error and for listening to women involved in the fight against fatphobia and racism,” he added. tweeted Friday.

“We continue to build alliances so that aesthetic violence is recognized,” added the organization.

The Women’s Institute did not immediately respond to Insider’s request for comment.

Green-Lord also did not immediately respond to Insider’s request for comment.

Who owns the work of Chicago artist Henry Darger?