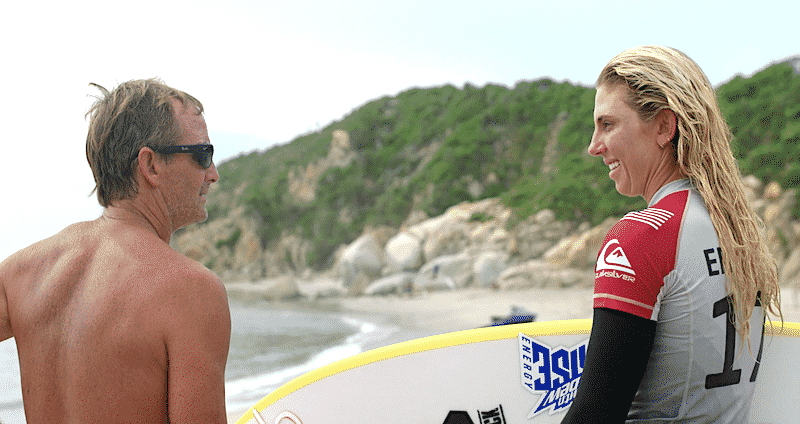 “It’s sport at the highest level. Losing is part of it.”

There was a mist low over the hills this morning as I was going to work. I had slept between the hours of 0600-0730, a brief sleep full of dreams, but more of an attempt to calm my restless mind.

The air was charged with pre-summer warmth, the greens bright and alive. Did you know that the human eye can distinguish more shades of green than any other color?

It is a primordial persistence that allows us to identify growth, lushness and rebirth.

I saw them all today, in a way I haven’t seen for a few days now. The reasons are a story for another time, perhaps.

But just as I come back into the light, with the lucidity that sleep deprivation sometimes brings, some things need to come back down into the shadows. This is the way.

Many have gone to the shadow realm of the Challenger Series today. Some will be missed. Some we might revisit. Some for whom no statement is accurate.

I will come back to them.

I was excited today, once again underlining the value of the sport with a guaranteed kick-off time. It was great to be certain of some action, and lots of it. With so little time left in the waiting period, the WSL’s hand was forced.

It was surprising that they didn’t try to do anything after the Round of 16. Finals day tomorrow will be a marathon. The winner will be the man with the stamina to surf four legs in one day. Is there a precedent for this?

As always with WSL commentary, there’s breathless, chaotic, over-caffeinated excitement to start each day, and plenty of blunders. The drama was well publicized, along with various things that were “the best in the west.”

John Florence started his match slowly with deVault. He blew a final section on one of his first waves, disappearing into whitewash.

Richie Lovett could barely contain his laughter at Surfline’s predictions, which seem to get more cartoonish every time we see them.

“It was a bit of a disjointed wave, but he joined it pretty well,” Ronnie said of another wave.

Interestingly during this round, Ronnie said that Florence only had eight WCT wins under her belt. I was surprised there were so few.

I make seventeen victories for Medina, for those who count.

Imai’s post-heat interview was tearful. As a human being, you felt for him, but only briefly. This is sport at the highest level. Losing is part and parcel.

Those in the booth highlighted his surfing, obviously, as they continued to do throughout the day whenever someone was cut.

“One of the best on the Tour…belongs here…will definitely be back…in great style…” etc etc.

The fact remains deVault and others were nowhere near doing so. Whore. Pass.

Ciblic also lost, as did Coffin. Neither of them really threatened to do anything else.

Morgan had a good score but couldn’t find another. To be honest, he seemed pretty excited to piss with his pals in the Challenger Series.

Conner came out with a fizzle. It was a slow heat, there was a nice turn (not The Turn) but it showed its potential if the wave had offered more. It was the story of his season.

You had to feel sympathy for the pathetic image of his last wave. He tossed out an embarrassing half-claim in pure desperation, but it lacked conviction and seemed inappropriate, like the softly bursting surface bubbles of a drowning man.

Well, plenty of time for gardening, tending to pets and strumming sad melodies. However, if I was a Rip Curl athlete at this point, I might take a look around the stable and renegotiate my contract.

Kolohe negotiated his stress-free heat stress as he claimed in his monotonous post-heat presser. I appreciated his Macgyver approach to equipment. In order to add weight to his board, he stuck a literal weight on it. 240g, he told us. If nothing else, it’s a fun contrast to those who finished the board spending hours squinting at the rails in search of perfect symmetry.

Matt McGillivray bucked today’s trend in his Kanoa loss, becoming the only surfer to save himself. (Apart from Sammy Pupo who might have been safe anyway). His final wave was a meaty pick with a dramatic late fall into a miraculous closing turn. He was not allowed to go out. It was the first hint of a real drama and the judges treated it as such.

Looking at home, it seems obvious what is being rewarded here. You might get a seven or an eight for a single spin if it’s critical enough. Easier said than done, of course, but I wonder what the Internet user’s perception of this is.

This was illustrated in the Italo vs Joao Chianca round. Ferreira started early, as he does his best, and looked in control, before Chianca received what looked to me like an outrageous one-round overscoring. It was a committed hack to drag the top tail for a 7.77, a turn that might not have been possible had he not swapped his board for a shorter one at the start of the run .

For a minute, it felt like a masterstroke, or that Chianca’s story being harshly done by had seeped into the judge’s tower.

Rabbit was so animated that he seemed to need oxygen.

But the momentary drama and the burgeoning hero story was quickly snuffed out when the judges corrected with a very handsome 6.93 for an Italo wave with a critical opening turn but a shaky ending.

Both men were wearing head-to-toe ensembles at the end. Italo’s leash broke. The camera cut out just as he was flailing frantically as if drowning.

There was emotion for Chianca in the aftermath and an overlong interview where initial sympathies began to ebb. We cannot give points for tears. This is not the world league of sympathy. It will undoubtedly make for great television, though.

What are they all complaining about anyway? I started thinking. They’re probably heading to Snapper to surf the Challenger Series. I haven’t slept and I’ll have a class of kids ahead of me in a few hours.

I squeezed an hour and a half, then woke up to find Jadson (predictably) pounding Kelly in a swell that had surged a few feet.

Slater can’t really complain this year. So far the waves have played to his strengths, or at least been the type where he can stay competitive. No competition has yet been defined by the kind of aerial surfing or athleticism that now surpasses it.

Just as I wrote he threw a clean inside spin on his way to the sled.

If Kelly did a post-heatup interview, I missed it and I’m sorry I did.

I’ve been wanting more Kelly lately. I want to bask in both its genius and its madness and absorb it like delicious summer rain. But beyond Hawaii, he’s been quiet in a way that seems very deliberate, as it of course will be.

Nat Young continued his stellar run of form. Leo and Federico were sent packing by Ethan and Caio respectively, and in doing so they had missed the cut. No drama, we will hardly notice it.

More upsetting for me personally is that Caio’s loss to Federico blew up the final stage of a 3km multi. I really thought Morais could pull off a win in waves that required big turns, especially with his back to the wall. Besides, I hate Caio.

But it shouldn’t be, it never is.

Ethan’s scores looked impressive, but I didn’t see the heat, or Jordy’s loss to Zeke. Please let me know if I missed anything notable.

In the end, it was disappointing how many cut-line surfers never made it. There were sadly few redemption stories, except for Matt McGilivray. Those who have faltered all year have faltered again.

Leaving the tour now feels like being forcibly kicked out of a party just as the girl/boy you’ve been waiting for enters. Or maybe get kicked out of the Big Brother house. Gone is the chance to be a reality TV star.

Worse: everyone goes to Indo without you.

So who was confirmed as Lost in the Shadow Realm, and what did he leave us?

Morgan Target. A face that would amaze a street caricaturist or make his day. Forgettable if it wasn’t for “Make or Break”. He can’t wait to piss with his buddies but I guess he’ll be back.

Conner coffin. No Secret Turn, not even semi-secrets.

Owen Wright. Still a chance that he does it depending on what is happening today. Chronically highlighted for his season opener at Pipe and never recovered. Retiring early to family life and seeking travel?

Ryan Callinan. From being an old favorite to having a season where I don’t remember a single wave, no matter how hot. Didn’t make it past the Round of 16 anyway.

Frederic Moreis. Large, Portuguese. So poor this season is all I can think of.

Lucca Messinas. Fortunately, we should go and we will never see him again. The (previously) most forgettable surfer on the Tour.

Divid Silva. Oh Deivid, I thought we had something. Then you went for a heat total of 0.13 and put me and everyone who has ever said a nice word about you to shame. His natural environment is scrappy QS-style surf, so he’ll no doubt thrive and come back.

So the cut drama is almost over, in a rather limp fashion. If you’re looking for a symbol or poster boy, this is Conner Coffin on his latest wave.

But there is a big, big day ahead of us.

Once again: the Margaret River Pro champion of the day will sail four legs to claim victory and will certainly deserve it.