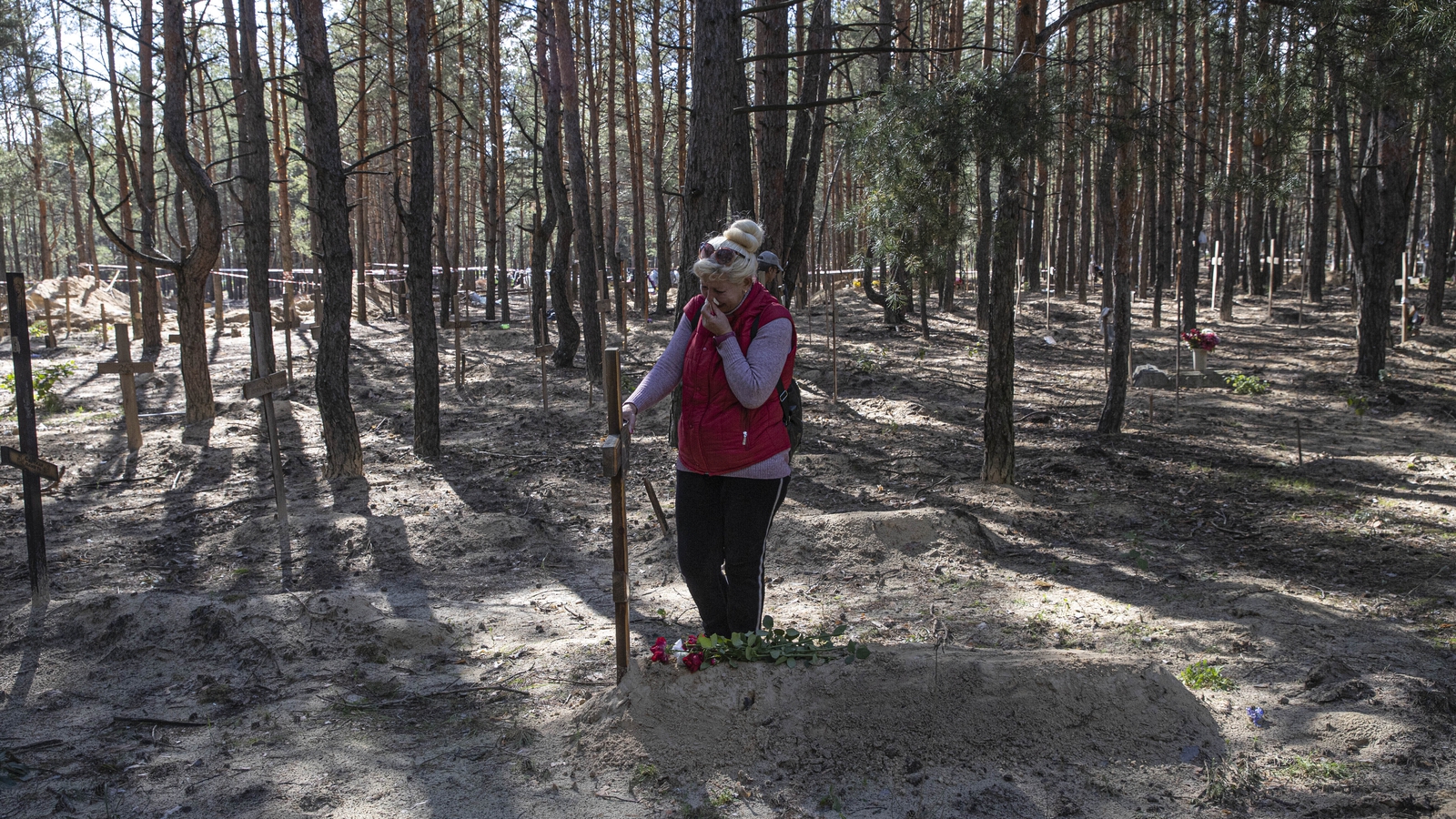 Ukraine says its troops have marched further east into territory recently abandoned by Russia, paving the way for a potential assault on Moscow’s occupying forces in the Donbass region as Kyiv seeks more western weapons.

In a sign of the nervousness of a Moscow-backed administration in the Donbass over the success of the recent Ukrainian offensive, its leader has called for urgent referendums on the region’s integration with Russia.

“The occupiers are clearly panicked,” Ukrainian President Volodymyr Zelensky said in a televised address Monday night, adding that he was now focusing on “speed” in the liberated areas.

“The speed at which our troops are moving. The speed of restoring normal life,” Mr. Zelensky said.

The Ukrainian leader also hinted that he would use a video address at the United Nations General Assembly on Wednesday to call on countries to speed up arms and aid deliveries.

“We are doing everything to ensure that Ukraine’s needs are met at all levels – defence, financial, economic, diplomatic,” Zelensky said.

Serhiy Gaidai, Ukrainian governor of Luhansk, a Donbass province now under the control of Russian troops, said the Ukrainian armed forces had regained full control of the Luhansk village of Bilohorivka and were preparing to fight to retake the entire province.

“There will be fights for every inch,” Mr Gaidai wrote on Telegram. “The enemy is preparing its defence. So we’re not just going to go in.”

In another important step in the counter-offensive in the northeastern region of Kharkiv, the Ukrainian Armed Forces said troops crossed the Oskil River over the weekend.

The river flows south into the Siversky Donets, which meanders through the Donbass, the main focus of the Russian invasion.

Further afield is Luhansk, a base for Russia’s separatist proxies since 2014 and fully in Russian hands since July after some of the war’s bloodiest battles.

A Russian-backed separatist official in Donetsk, the other Donbass province, said 13 people were killed in artillery fire in the city of Donetsk on Monday.

Reuters could not independently verify either party’s battlefield reports.

Ukraine is still assessing what happened in areas that were under Russian control for months before a rout of Russian troops drastically changed the dynamics of the war earlier this month.

In a sprawling makeshift cemetery in the woods near the recaptured town of Izium, Ukrainian forensic experts have so far unearthed 146 bodies buried without coffins, Kharkiv Regional Governor Oleh Synehubov said on Monday.

Some 450 graves have been discovered at the site, Zelensky said.

Fanning out in groups under the trees, workers used shovels to exhume the partially decomposed bodies, some of which residents said had remained on city streets long after their deaths before being buried.

The government has yet to say how most people died, although officials say dozens were killed in the bombing of an apartment building, and there are signs that others were killed by shrapnel.

Preliminary examinations found four showed signs of torture, with their hands tied behind their backs or, in one case, a rope around their necks, Serhiy Bolvinov, head of the Kharkiv region’s investigative police, told Reuters. at the cemetery.

Mr Bolvinov said the vast majority of bodies appeared to be civilians. Locals identified their dead by matching names to numbers on flimsy wooden crosses marking the graves.

“The soldiers had their hands tied, there were signs of torture on the civilians,” Bolvinov said. Ukraine says 17 soldiers were in a mass grave at the site.

The Kremlin on Monday denied that Russia was responsible for the atrocities Ukraine says it uncovered in the recaptured territory.

“It’s a lie, and of course we will stand for the truth in this story,” Kremlin spokesman Dmitry Peskov said, comparing the allegations to incidents earlier in the war where Russia claimed without evidence that atrocities had been committed by Ukrainians.

Alarm on the nuclear power plant

Ukraine on Monday accused Russian forces of bombing near the Pivdennoukrainsk nuclear power plant in the southern Mykolaiv region.

An explosion occurred 300 meters from the reactors and damaged the plant buildings shortly after midnight Monday, Ukrainian nuclear operator Energoatom said in a statement.

The reactors were undamaged and no personnel were injured, he said, posting photographs showing a huge crater he said was caused by the explosion.

“Russia endangers the whole world. We must stop it before it’s too late,” Zelensky said in a social media post.

The strikes will add to global concern over the potential for an atomic disaster, already heightened by fighting around another Ukrainian nuclear power plant in the south, Zaporizhzhia, captured by Russian forces in March.

Moscow ignored international calls to withdraw and demilitarize it.

In yet another setback in Zaporizhzhia, the IAEA said a power line used to power the plant was disconnected on Sunday, leaving it without grid backup power.